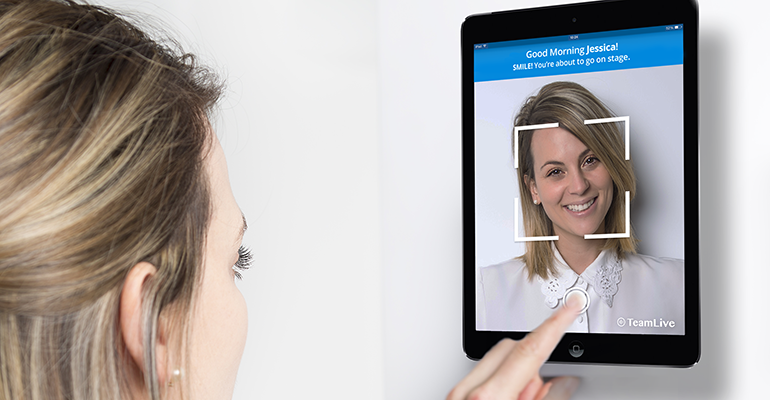 When it comes to finding work in the restaurant industry, many job seekers still rely on paper resumes or broad-reaching websites like Craigslist, Snagajob and Monster.

Harri, Culinary Agents, GrubJobs, Industry and RestaurantJobs.com are some of the growing sites. They serve as digital matchmakers, helping restaurants find candidates who are serious about foodservice careers, not just warm bodies willing to fill open slots.

Such sites also help restaurant managers track and screen candidates, and build a talent pool that can be tapped as hiring needs arise. And some, like Harri, are evolving into talent management solutions that go beyond hiring.

At a time when restaurants are struggling to find qualified workers, these sites are helping managers sift through the chaff to put the right worker in the right job, a key factor in reducing high turnover rates.

Here are the most notable players in the digital world of restaurant talent acquisition:

One of the key players is New York-based Harri Technologies, which is moving beyond job postings and hiring to offer a more comprehensive talent management platform.

Harri debuted in 2013 and began as a restaurant industry worker-employer matchmaking site. It recently launched a new TeamLive platform that allows employers to search for and find qualified workers, track applicants and streamline onboarding, including securely uploading necessary documentation.

Harri can also manage restaurant schedules and payroll, communicate with workers, track employee sales performance and even serve as a high-tech time clock.

With TeamLive, employers can use an iPad as a time clock that takes a picture of the worker’s face to biometrically check in and out, a variation on the fingerprint clock-in method that some operators say is unreliable.

Face clocking, on the other hand, prevents “buddy punching,” said Luke Fryer, Harri’s founder and CEO, or workers asking another staffer to punch in or out for them, which can be a form of theft.

“It happens every day. People might arrive at work at 9:50 a.m. and clock in early, though they’re not meant to start working until 10 a.m. We’re anticipating all the different ways they can snip a few minutes here and there,” he said. “With the minimum wage moving to $15 an hour, every minute matters.”

The system can also collect feedback from employees, like a digital suggestion box, or allow workers to send a note to human resources. Additionally, it allows restaurants to use “social referrals” by tapping into employee social networks to look for new talent. “This is a big industry, and everybody’s on a device and digitally social,” Fryer said.

Later this year, Harri will allow users to create a dashboard of manager performance, showing whether they achieved sales goals or hit labor budgets.

“The key to success for any given restaurant is its manager,” he said. “If that person isn’t at the top of his game, the restaurant will ultimately underperform.”

In the third quarter, Harri will launch an on-demand “hot fill” talent pool, through which workers can be on standby for last-minute shifts that become available in the event of worker no-shows.

Harri’s move into an expanded talent management role will help operators streamline what is likely a collection of human resource-related tech tools, from Hot Schedules to Time Off Manager, Fryer said.

“It’s about having tighter control,” he said. “At the end of the day, it’s getting the most from team members who are becoming more expensive every day.”

NoHo Hospitality Group also posts jobs on Culinary Agents and Craigslist, she said, but Harri is known as a go-to site for career hospitality industry members. Kimberly Galban, vice president of operations and managing partner of Chicago-based One Off Hospitality, said the company used to post jobs on sites like Craigslist, Monster and Indeed.

“We would get a quantity of applicants, but the quality was few and far between,” Galban said. “Either they were applying for a job we weren’t even posting, or they had little experience, or they weren’t a good fit. Managers having to go through 250 resumes was becoming a little tedious.”

“Now we don’t have as many applicants, but the quality is definitely there,” she said.

Job postings range in price from $49 per post on a pay-as-you-go basis, to subscription plans ranging from $100 to $200 per month with various features, according to the website.

Galban said Culinary Agents serves as more of a community, with links to local culinary schools and networking events in each market. Employers can also create profiles.

“It’s almost like a mini LinkedIn for restaurants,” she said. Operators like Joe Montes, chef and owner of The Red Cadillac in Union, N.J., are using Industry.

“I tried Monster and a couple of other ones, but you get thousands of responses and it’s a little overwhelming,” Montes said.

In today’s job market, restaurant operators have to be proactive about recruiting higher quality candidates, he said.

Cody Barbo, founder of San Diego-based Industry, said he launched the company two years ago after working for Darden Restaurant Inc. and experiencing frustration that so many job seekers were still using paper resumes and Craigslist, which costs roughly $7 to $75 for a job posting, depending on the market. In addition, he said few in the hospitality industry use LinkedIn.

Barbo saw an opportunity to create an industry-specific professional network.

“In restaurants, sometimes it’s as much who you know as opposed to just what you know,” he said.

In addition to job postings, Industry offers employers an applicant-tracking system that filters out qualified candidates. Employers can communicate directly with job applicants through a messaging system. Chefs or bartenders can even send photos and videos of themselves in action.

And the website allows employers to share content specific to their brand to give a better picture of their corporate culture, benefits and career opportunities. Job seekers can also follow an employer’s news feed.

Restaurant employers can post job listings for $49 each month per location. Additional listings are $25 a job per location, with bulk discounts available.

Industry is now in about a dozen markets, from San Diego to Chicago, with a goal of having a presence in the top 25 markets nationwide, and entering Canada and Australia by the end of next year, Barbo said.

Coming soon are upsell features that employers will be asked to pay for, like performing reference checks or certifying workers for certain types of training. In coming weeks, GrubJobs will launch a digital resume drop-off service that Cangir said will simulate the real-life experience of leaving paper resumes at restaurants. If restaurants don’t have an immediate opening, job seekers can still send their resumes for future consideration.

“When job openings happen, it’s usually without warning,” Cangir said. “Restaurants will be able to look at their pool of resumes and directly reach out to people without waiting for them to apply.”

Through RestaurantJobs.com, open positions might be posted across LinkedIn, Monster, Indeed, Glassdoor or Zip Recruiter, but respondents will be sorted by qualifications and the hiring process streamlined, depending on employer needs. Features include chat-based communication, interview scheduling, video applications, background checks and paperless documentation.

Pricing varies, depending on the size of the employer.