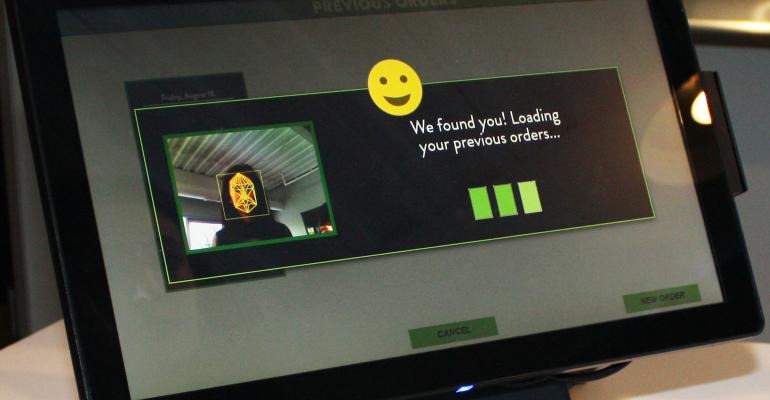 The future depicted in the movie “Minority Report,” where optical recognition has become ubiquitous as a form of personal identification, may not be that far off.

Recent advances in biometric technologies are already facilitating the rollout of such systems in several industries, including foodservice. Biometrics use physical attributes such as fingerprints and facial geometry to identify individuals, replacing passwords, personal identification numbers, or PINs, and magnetic-stripe cards.

For restaurant operators, the potential uses are plentiful, both in the front and back of the house, although security issues remain a concern.

Among the earliest foodservice implementations have been timekeeping systems that use fingerprints, for example, to have employees clock in and out of their shifts — thus preventing the practice of workers clocking in others who are not actually present.

Biometric fingerprint technology is also being used to control access to computer systems in restaurants, such as when a manager needs to override a transaction at the cash register.

On the consumer-facing side, biometrics are currently being tested as payment systems and for kiosk-based ordering and loyalty programs.

Stamford, Conn.-based concessions provider Centerplate, for example, earlier this year tested a fingerprint-based scanning system at Safeco Field in Seattle that allowed attendees at Seattle Mariners baseball games to buy beer and food at two concessions stands with the touch of a finger. 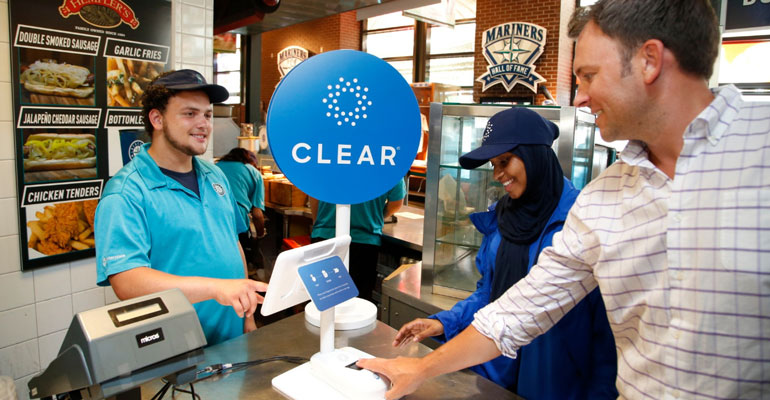 “We don’t want to fall behind the times in terms of how our customers prefer to pay,” said Paul Pettas, a spokesman for Centerplate.

Centerplate partnered with technology provider Clear for the biometric payment and age-verification system for alcohol purchases, marking the first time Clear’s technology was used for age verification. The technology has been more widely deployed for stadium gate admissions. Washington is currently the only state that allows the use of biometrics to verify age, Pettas explained.

“That will be a real driver moving forward — what other states will allow biometrics for age verification,” he said.

Centerplate was pleased with the test, Pettas said, and is currently evaluating the potential rollout to additional concessions stands at the stadium.

Quick-service Italian restaurant chain operator Fazoli’s, based in Lexington, Ky., earlier this year rolled out biometric fingerprint scanning to all of its corporate and franchised locations as an employee management tool.

The “U.are.U” fingerprint readers from Palm Beach Gardens, Fla.-based technology provider Crossmatch allow workers to clock in and out through the POS system using fingerprint scans. Previously workers accessed the system using a four-digit PIN, which Crossmatch said was prone to abuse.

However, operators considering the use of biometric technologies should carefully monitor its implementation, according to Helen Goff Foster, an attorney with Davis Wright Tremaine.

Three states — Illinois, Washington and Texas — have laws in place that regulate the use of these technologies, and a fourth, California, has incorporated biometrics into its newly passed Consumer Privacy Act, which takes effect in 2020.

“If you require your employees to do this, you have to tell them how this information is being used and how it is being secured, and also you have to obtain their consent,” said Foster, adding that operators also need to maintain an alternative for employees that do not consent to the use of their biometrics in this way.

The Illinois Biometric Information Privacy Act, or BIPA, is the only state law that allows private cause of action, meaning that private parties can sue companies for alleged violations. As a result, several lawsuits have cropped up there, alleging that employers did not fully inform their workers about how their biometric information was being used, among other charges.

“Like any technology, it is a matter of informing the public about how it works, getting consent for that use of their information, and then continually checking up to make sure that the information is being held securely and it is working the way we think it is,” said Foster. “The technology is very, very attractive, but the privacy and the security issues are real.” 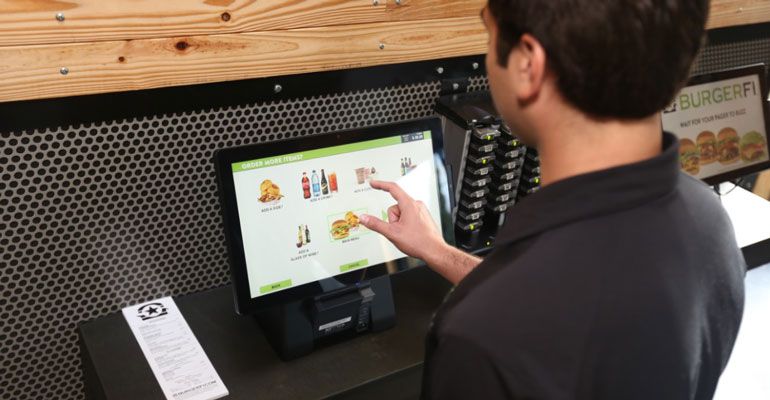 A local BurgerFi franchise with restaurants in Oviedo and Winter Garden, Fla., recently began testing facial recognition kiosks that allow customers to place orders based on their previous orders. The kiosks display a disclaimer stating that the customers’ facial geometry will only be used for placing orders at the kiosk and will only be stored for three years, according to local reports. Customers cannot use the technology to pay for their orders.

“We are not selling anything on the dark web,” Daryl Baer, a partner in the BurgerFi franchise, told the Dayton Daily News. “We just keep your information just between you and that kiosk right there.”

Pettas of Centerplate said his company had confidence in the security of the Clear technology, which has been widely deployed at stadiums around the country for gate admissions.

“It’s a well-known, rapidly growing technology, so we were excited to work with them,” he said. “The future is cashless. This is easier for security, it’s easier for efficiency, and it also lets us have more data and analytics on our guests.

“It really checks off all the boxes for us future-proofing our venues,” added Pettas.

A look at biometric technology players