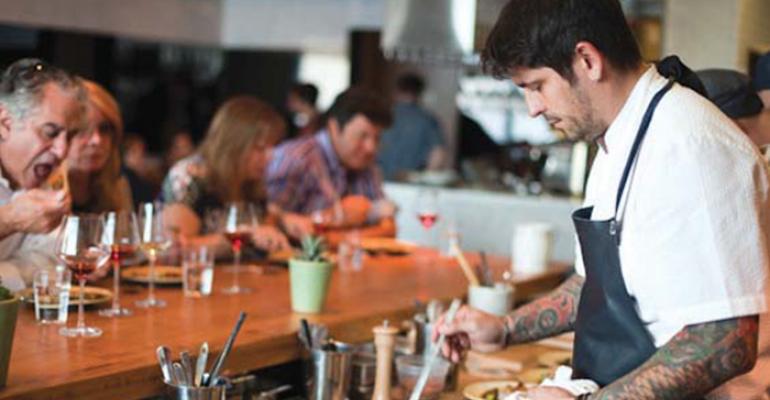 Online reservation systems like OpenTable and Eveve have already proven they do a bang-up job for full-service restaurant operators. But a new player, Tock, claims it can do more: deliver the benefits of airline-style yield management pricing to the restaurant industry. A blue-chip investor group that includes high-profile restaurateurs is betting the company pulls it off.

There could well be a market for a tool that helps full-service restaurant operators know how much the market will bear, and when. As this 1998 article in Cornell’s Hotel and Restaurant Administration Quarterly (“Restaurant Revenue Management: Applying Yield Management to the Restaurant Industry”) puts it, the idea is to determine “...prices according to predicted demand levels so that price-sensitive customers who are willing to purchase at off-peak times can do so at favorable prices, while price-insensitive customers who want to purchase at peak times will be able to do so.”

If you offer early bird dinners and impose aggressive markups on New Year’s Eve, Mother’s Day and other high-demand occasions, you already know variable pricing works. Tock wants to up the ante by using these techniques all the time and making them transparent to customers. The idea is that lower prices will help drive traffic during less busy times and premium prices will boost revenue during peak periods.

It has already done so at the high-profile restaurants owned by founder Nick Kokonas, a partner in Alinea, Next and the Aviary in Chicago. It’s the same story for other Tock users, most of them high-demand restaurants. The current count: 167 restaurants in 38 cities located in nine countries. Since its launch in mid-2015, the company says it has processed more than $102 million in prepaid bookings and seated more than one million customers.

The strategy now is for Tock to expand by adding not just more five star-level restaurants, but by attracting casual operations as well.

The investor group believes it will. It’s lead by Origin Ventures, the venture capital firm that backed restaurant delivery giant Grub Hub as it worked its way into the mainstream. Beside Origin, other investors in the just-announced $7.5 funding round for Tock include the Eleven Madison Park duo of Will Guidara and chef Daniel Humm; TV host and restaurant operator Andrew Zimmern; and the Melman family, which runs multiconcept juggernaut Lettuce Entertain You Enterprises.

According to its website, Tock "is a comprehensive software solution that enables restaurants to sell and manage bookings in advance. The solution helps restaurants shift demand, lower labor costs and food waste, reduce no-shows to nearly zero, dynamically price and eliminate the cost of accepting reservations over the phone.”

Tock began booking tables at Next in June 2015 with fluctuating ticket pricing based on daily and hourly demand. Customers initially paid in full up front, but Tock customers can now also hold their table by paying a smaller, nonrefundable deposit.

For operators, Tock’s unlimited plan costs $695 per month. Smaller restaurants could go with the “Intro” plan, which costs $99 per month plus $.99 per cover.

To date, Michelin star-caliber restaurants make up much of Tock’s installed base. But one of the company’s strengths is that it’s run by people with a working restaurant background. So it thinks even smaller restaurants, such as current customer Portland, Ore.-based Farm Spirit, a 12-seat vegan restaurant, can use its system.

The economic case is compelling. "If you have a 12-seat restaurant and four people don’t show up, you worked a 15-hour day to make no money," Tock chief technical officer Brian Fitzpatrick says. "We’re enabling these types of restaurants to really flourish."

Kokonas argues that a ticketing system like Tock makes sense for casual restaurants where the demand for reservations is not as great as it is for the high-end operations he’s involved with personally.

“Tock works really well for casual restaurants for just the same reasons,” he said in an interview with Andrew Zimmern.

“I especially love the example of the walk-in only places that are busy. How many people avoid those thinking there might be a two-hour wait, but in fact, that particular day there isn’t? What about a bad weather night? The ideal situation for casual places is a mix of local walk-ins with booking a simple reservation next to a unique experience, all in one place on Tock. And there are restaurants that are doing amazing work with that.”

Kokonas aims to expand Tock and do battle with OpenTable, and his company now has the financial backing to do it. We’ll find out soon whether Tock will become a strong competitor in the restaurant reservation space.