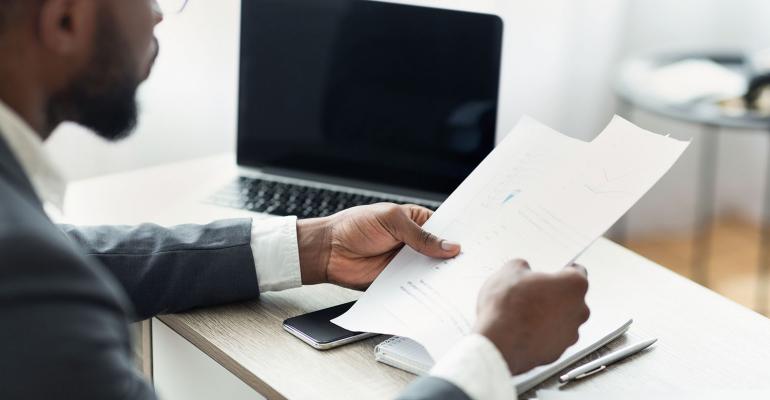 Leaders of six emerging restaurant concepts on the Idea Exchange, which was sponsored by Three by Berkshire Hathaway, said they rely on the expertise of and recommendations from brokers to handle their insurance and risk mitigation tasks, the six operator participants said.
Operations>Staffing

Leaders of six emerging restaurant concepts on the Idea Exchange, which was sponsored by Three by Berkshire Hathaway, said they rely on the expertise of and recommendations from brokers to handle their insurance and risk mitigation tasks, the six operator participants said.

“It's specialized enough that it's hard for somebody who's running a business to dedicate enough mental capacity and to get smart enough to make good decisions,” said Catey Mark Meyers, president of the 10-unit New York-based Beatnic, formerly By Chloe, which relies on a broker for recommendations. “l wouldn't trust my opinion solely. I can ask questions, but I wouldn't trust my opinion to put together a package for us.”

“Because our policy is more granular, and there's certain coverage for different types of incidents, it allows us to say, ‘OK, well we think the likelihood of this is really low, so we're willing to either self-insure or take a higher deductible on this particular policy,’” Meyers said. That allows for “souped-up coverage” in areas where risks are high.

Blanket coverage does not allow that the various levels of risk assessment, she noted.

A holistic approach to risk management is important, Failing added, noting that Fields Good Chicken was found in 2014, just after 2012’s Hurricane Sandy damage in the Northeast, and insurance consultants were focused on flood coverage.

“How do we make sure we're covered for the next thing that we don't even know is coming?” Failing asked.

Daniel Stoller, co-founder of the two-unit San Francisco-based Square Pie Guys, said Meyers’ approach is wise. “Every time the cost is so much drastically higher,” he said, citing workers comp through his payroll provider as an example. “It's like a rate that's three times higher than what my broker offers, so it's just like the added convenience is never worth it for me.”

That approach is a lot of work, Failing added. “We're in a slightly unique situation,” he said, “where we came out of an incubator that had multiple brands and there was someone in the office that was working the broker across a bunch of brands and bundling.” When the brand spun out of the incubator, it no longer has the luxury of that administrative time, he said.

“That is a little daunting,” Failing added, “and this is actually an open thing I'm trying to solve for this year.”

Chris Smith, co-founder and CEO of Zunzi’s and Z Bar of Savannah, Ga., said emerging brands face a multitude of issues, with being insured and the proper levels just being one of them.

“I look at it as the risk of having a hiccup at this stage,” Smith said, “and I need coverage to make sure I don't have something catastrophic happen that can really hold up our future growth.”

Emerging brands are trying to avoid the risk of “the big drawdown, the big extinction event,” he said.

Rahul Vinod, co-owner of the three-unit Washington, D.C.-based RASA, said he has an insurance broker he trusts but he is concerned issues will change as the concept, which has received investment funding, grows.

“We're small enough right now — we only have three locations — where we were able to do that,” Vinod said. “I think now internally we're trying to shift our gears up a little bit. As we look ahead and we double in size and grow over the next 18 to like 24 months, what are the new potential risks that we are going to encounter?”

One thing to keep in mind, said Matthew Guelke, co-founder and CEO of the eight-unit San Francisco-based Plant Café, was whether insurance coverage allowed for a brand to select its own legal representation or if it was assigned.

“We moved from a small family broker,” Guelke recalled. “We were really loyal. … We eventually changed because we got a much better price deal. That said, when we came to litigate, we weren't allowed to choose our own lawyers, which was kind of a pain. We found that we did have some cost savings in some regards, but we didn't have the same kind of influence because it was a much bigger company.”

Meyers noted that in the insurance renewal process, her broker will offer two or three options for each policy. She relies on the brokers’ expertise, she added.

“It's an industry that you just don't know enough,” she said. “It's like either as a consumer or as a business person it's such a gray industry — where you don't really have the ability to appropriately benchmark — so I think that's part of where this comes, honestly; it's like as much as you want to be smart about it, I think we all probably rely more on brokers.”