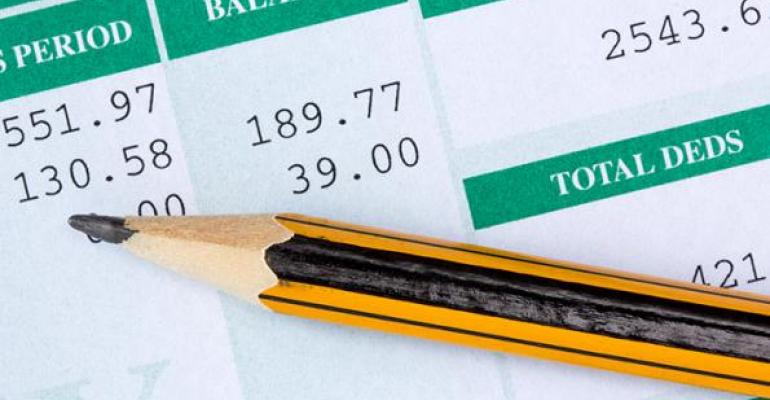 How to prepare for new federal overtime rules

Restaurant operators across the country should be taking a hard look at their overtime-exempt staff in preparation for new federal rules scheduled to go into effect Dec. 1.

The U.S. Department of Labor in May published final rules that will set a new federal standard for overtime eligibility. The new rules double the salary threshold for employees considered exempt from overtime requirements, raising the minimum pay to $47,476 annually, or about $913 per week, from the current threshold of $23,660 annually, or $455 per week.

That means many restaurant companies, both large and small, will have some decisions to make, says attorney Andria Ryan, partner and chair of the hospitality practice group at law firm Fisher Phillips. Now is a good time to start taking a look at who might be impacted by the new rules to better evaluate your options come December, she adds.

Step 1: Identify who on your staff may be exempt from overtime pay.

The salary threshold is not the only method by which workers can be considered exempt from overtime.

Generally exemptions apply to salaried workers that meet a certain ╥duties test,╙ Ryan explains. This requirement didn╒t change under the new rules but will continue to define who might be exempt from overtime pay from a job responsibilities standpoint.

"Executives," or someone who manages a department and supervises two or more full-time employees, or their equivalent, can generally be considered exempt from overtime pay, for example. So are "administrative" workers who do nonmanual work and have a certain level of authority or discretion in ways that impact the business, like a human resources director, or a marketing director with a staff of one.

There's also a "professional" exemption for people like doctors, lawyers or even creative people like chefs, though Ryan notes that chefs could also fall under the executive exemptions.

But she adds that a key factor, however, is whether the majority of their duties are managerial.

Exempt staffers can pitch in to help in nonmanagerial roles from time to time, but most of the work they do should be management, not hands-on work, Ryan says. That may make it difficult for a restaurant to claim a sous chef, for example, as exempt.

"Chefs do so much hands-on work, but exemptions assume management is the primary duty. So the more cooking your chefs do, the less likely you'll be able to claim exemption," notes Ryan.

Once the potentially exempt are identified from a duties standpoint, the next step is to look at their salary levels, said Ryan.

If they make less than $913 per week, employers must decide whether to give them a raise above that level to keep them exempt, or to start managing their hours and paying them overtime when they work more than 40 hours per week.

That decision will likely depend on how close to the salary threshold the employee is, Ryan says.

Employers could do a cost analysis of the employee╒s typical work week and how likely overtime might come into play or how reasonably that worker╒s hours could be managed.

In the restaurant world, where working overtime can be a way of life for those climbing the career ladder, it may require a rethinking of expectations, says Ryan.

The rules change is likely to impact midlevel managers and culinary team members, in particular, who may have traditionally been considered exempt from a duties standpoint but may no longer meet standards under the new salary threshold, Ryan says.

Another aspect employers should keep in mind is that the new rules require a review of the standard salary threshold every three years to ensure the minimum salary keeps pace with inflation.

That means the $47,476 minimum is likely to increase in January 2020, and Ryan suggests employers think long term about how employees may be affected down the road.

Most restaurants will find they have employees currently considered exempt who will become eligible for overtime under the rules change. From an employee standpoint, that could be good or bad news.

For some workers, the notion of being required to punch a clock like everyone else will feel like a demotion, even though they may be glad to be paid for overtime work.

Ryan recommended that employers speak to employees face-to-face, if possible, to make sure they understand they╒re still a valued member of the leadership team.

"You need to decide how to communicate to that group of employees what their roles are going to be, the hours you're expecting them to work and how their responsibilities might change," she adds.

Those workers also need to be trained to keep proper records of their hours, and managers managers need training in how to supervise that record keeping, especially since these are often people who may never have used a time card.

Those workers are not necessarily becoming hourly employees. There are options for paying salaried workers overtime, Ryan notes.

But because individual states may have specific rules about how salaried workers are paid, Ryan recommends restaurant operators consult their local legal counsel. With overtime rules in the news, she adds, it's a good time for employers to check their compliance now, rather than waiting until December.

╥If you have folks who may have been improperly classified, this is the time to take a few moments and make some decisions," she says. "It's an opportunity to fix something that may have been questionable in the first place."