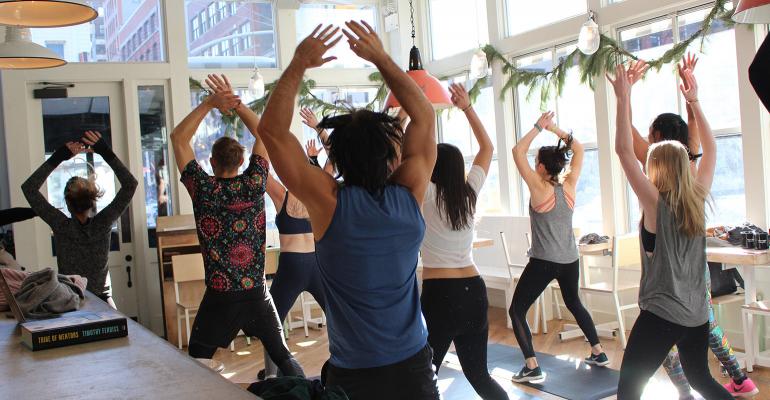 Health care is tough, but restaurants look for other ways to keep workers healthy

It used to be shift drinks were the kind of benefit a restaurant employee could expect.

These programs aim to counteract the hard-partying reputation of the restaurant industry and convince employees to stick around in a competitive job market.

“We’ve all spent time in hospitality, and I think it’s a lot of hours on the feet and it’s a lot of hours on the back, and it’s also something that you have to feel inspired every day you come in. And if your body doesn't feel good, then it’s going to be really hard to ask people to feel inspired and excited and stand up straight and get there early and not clock watch,” said Shu de Jong, chief brand officer of Retail Worx, which operates the high-end fast-casual concepts Taco Dumbo and Omakasa in New York City, as well as other concepts around the country. 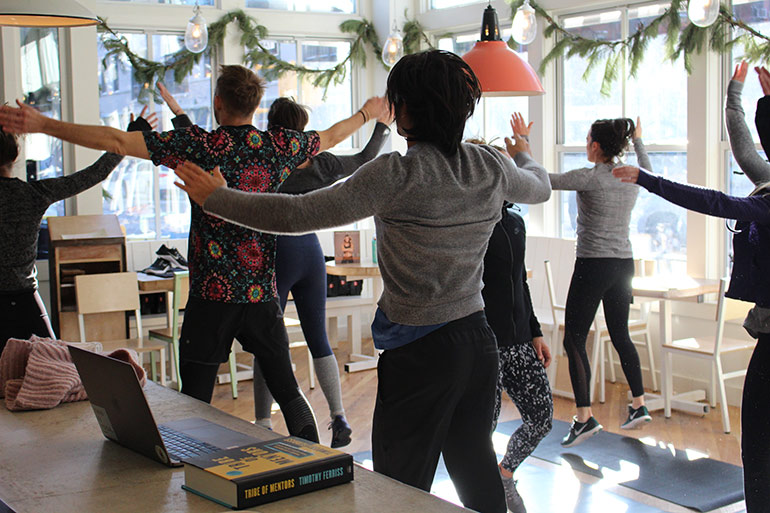 Retail Worx, for example, offers chiropractic services to all employees.

And at Broadway Hospitality Group in Boston, which operates The Broadway and Tavern in the Square, among others, the management organizes group fitness activities. 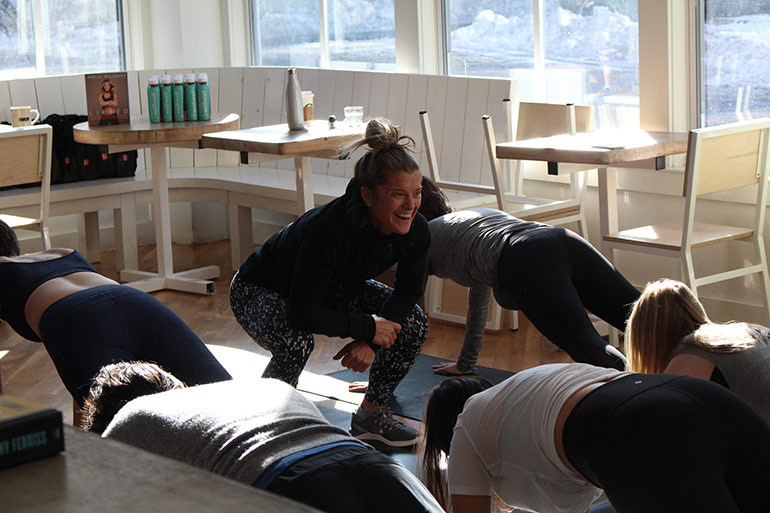 Meanwhile, at Seamore’s, a seafood concept with locations around New York City, the fitness classes actually take place in the restaurant.

“The crew at Seamore’s really is part of my extended family,” said owner Michael Chernow. “The healthier they are, the better they feel, and the better we all work together as a team. Over the years, the restaurant industry has gotten a bad reputation as an unhealthy, indulgent industry, and we’re combatting that perception by joining together for a bit of health and wellness whenever we can.”

While some classes target physical health, other focus more on mental health.

At New York City bars the Dead Rabbit and Black Tail, for example, a robust education program aims to make employees “successful behind the bar and in the business, but also to be successful outside of the business,” said Jack McGarry, a managing partner.

Classes have included how to move behind the bar safely and how to save money.

“For me personally, I'm recovering alcoholic. I’ve been sober for close to three years, and when I got sober I noticed there’s not an awful lot in our industry that’s geared toward looking out for yourself,” McGarry said. 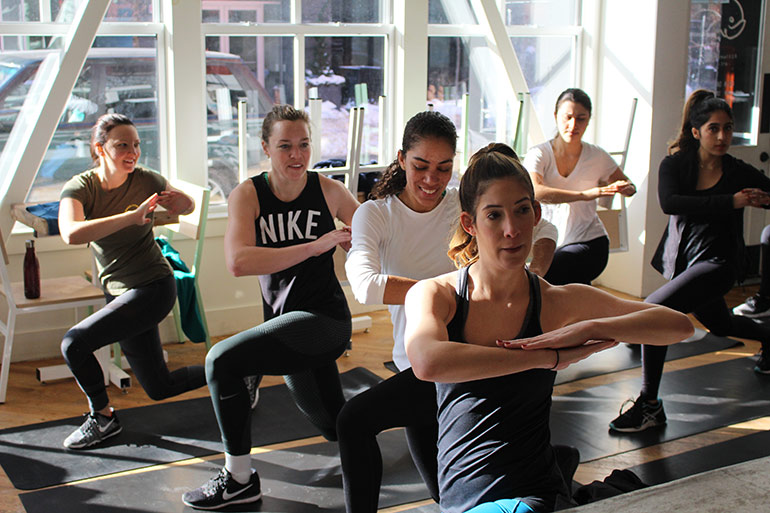 Through the restaurant’s education programs, McGarry hopes to tackle tough issues plaguing the industry, like addiction and lack of mental health services.

“A lot of the staff in here are making good money because the bars are successful,” he said. “But they’re living very much on a week-to-week basis, and, as we all know, something can come out of the blue. Most people in this industry do not have health insurance. And these are things that really infuriate me because everybody thinks they’re invincible and they’re not.”

Like many small restaurants and bars across the country, McGarry does not offer health insurance benefits to his employees. But the issue is front of mind, he said, especially as his bars grow up.

“We’re not just a mom-and-pop shop now. We can’t just hide behind, ‘We’re just these two guys from Belfast trying our best.’ We’re a proper company now, and we need to start behaving that way,” said McGarry, who hails from Northern Ireland, as does his partner Sean Muldoon.

“Health care is a fundamental human right, and I still can’t understand how people in this country don’t have healthcare,” he said. “If there’s a way that we can address that, we definitely will. But it’s got to not be at the expense of the consumer, because we’re already getting hit with the minimum wage constantly going up and the end of the tip credit and stuff like that on the horizon. The price of operating a business is getting higher and higher. And you’ve got to balance out making these decisions that are morally right against running a business.” 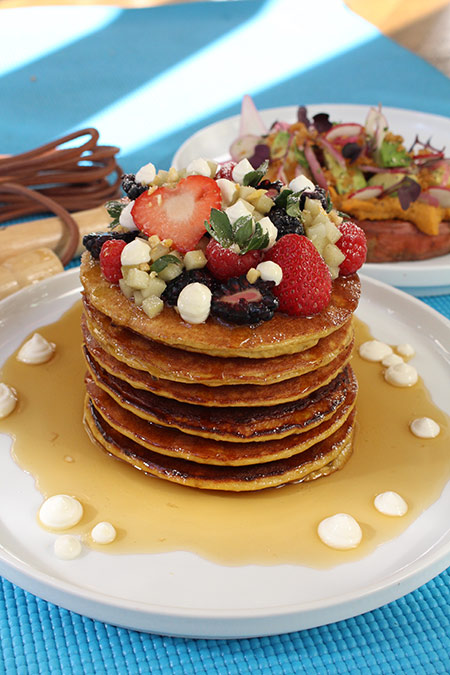 It’s a predicament that many independent restaurant operators find themselves in.

“There’s just not an easy answer,” said Bryan Schroeder, the executive director of the Giving Kitchen, an Atlanta-based organization that offers grants and resources to the restaurant community. His organization might help pay rent for a server who broke his leg, for example, or help a general manager whose house flooded.

The organization was established four years ago and has given $2 million in grants to restaurant workers in the Atlanta area so far.

There are many wonderful aspects to the restaurant industry — there’s a job for essentially anyone, and they can be upwardly mobile positions, said Schroeder.

But “there’s not really a role for someone who can’t work on their feet,” he said. The same goes for someone who is having a crisis and can’t come in to work for a variety of reasons.

The Giving Kitchen is one of many organizations trying help make the restaurant industry more stable for employees.

Einav Gefen, through her work as the executive chef at Unilever Food Solutions, is in the early stages of organizing what she hopes will be a movement dubbed FairKitchens. The goal is to create guidelines and resources for restaurants to become healthier places to work. 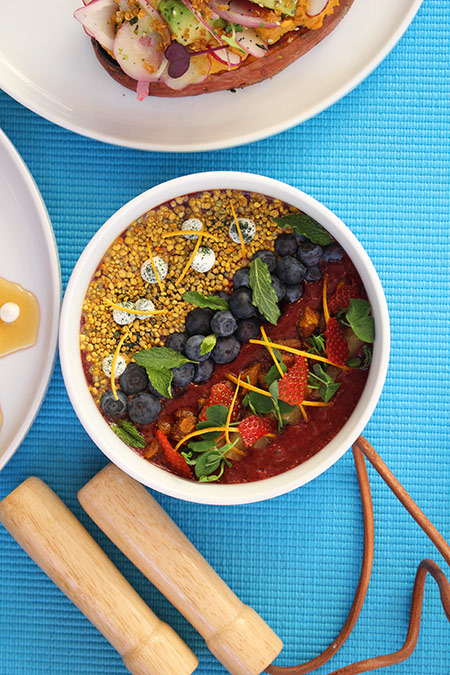 Research by Unilever, which involved surveys of more than 400 chefs around the world, found that one in four chefs say they have been victims of abuse in the kitchen, and 50 percent have come close to quitting because of the intensity of their jobs.

These findings weren’t a surprise to Gefen.

She has taken her intense restaurant experiences — working seven days a week, 20 hours a day, all with no benefits — to help inform what needs to be changed in kitchens.

Gefen has also begun working with chefs and operators to get a wider view of the issues the industry faces.  And she has begun speaking to health insurance companies and startups that offer low-cost mental health services in the hopes that she can leverage Unilever’s size and connections to help restaurants offer these services at affordable rates.

“Our aim is to be something of an umbrella of the mission and combine these efforts, so they can make a bigger impact,” she said.