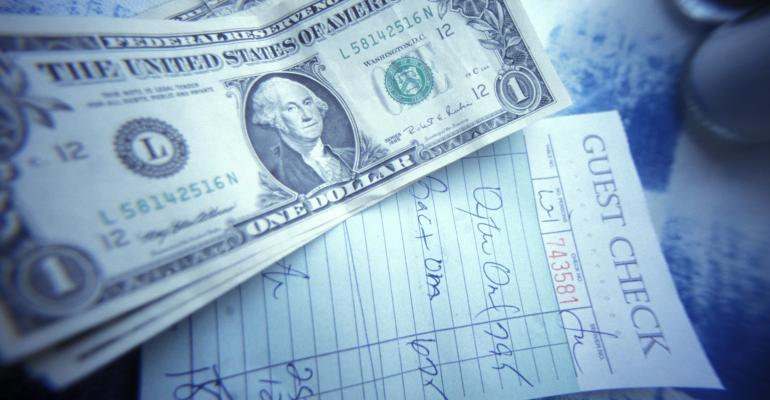 <p>Stay out of the pool: Tips are strictly for front-of-house folks, according to the Ninth Circuit appeals court.</p>
Operations>Staffing

A three-judge panel in San Francisco ruled 2-to-1 to uphold U.S. Department of Labor regulations that limit tip pools to front-of-the-house workers who customarily receive tips, such as servers, bartenders and bussers.

The ruling strikes a blow for restaurant operators in the West that have relied on the tip sharing to help bridge the wage disparity between front- and back-of-the-house workers.

The ruling impacts restaurant operators in states that don’t allow a tip credit that also fall within the Ninth Circuit, including California, Washington, Oregon, Alaska, Nevada and Montana.

Tip sharing within non-tip-credit states has been an issue battled in courts for years. In 2011, the DOL issued new regulations clarifying that gratuities are the property of the tipped employee only and can only go to workers who regularly receive tips, regardless of whether an employer takes a tip credit.

The National Restaurant Association and several regional industry groups challenged the DOL’s authority to issue the regulation—a move that won lower court victories. But the Ninth Circuit panel concluded that the DOL did have the authority to limit tip pools in non-tip-credit states, allowing the regulation to stand.

Though legal challenges may continue, Grumer and Mooney advise employers to take immediate steps to make sure they are in compliance.

“If employers haven’t put it in writing before, now would be a good time to do that to make sure the policies follow the DOL regulations,” Grumer says.

The first step is to review all mandatory tip-pooling, tip-sharing or tip-out policies to ensure tips are shared only with employees in the service chain, including servers, bussers, hosts, bartenders and counter workers. Those who may not participate include managers, supervisors, cooks, dishwashers and other kitchen employees.

One remaining gray area, Grumer says, is the tip jar. The safest approach is to limit those tips to service workers at the front of the house.

Could a restaurant put out a tip jar for back-of-the-house workers that is labeled clearly as such, leaving it up to guests to decide whether to contribute? That’s not clear, Mooney says.

In general, the Ninth Circuit ruling, however, does not impact service charges, which a growing number of restaurant operators use to supplement back-of-the-house wages.

“The service charge is not a tip,” Grumer explains, though some cities and states have specific regulations regarding use of service charges.

In general, service charge proceeds can be split among all employees, even back-of-the-house workers in non-service positions, she says, except where prohibited by local laws.