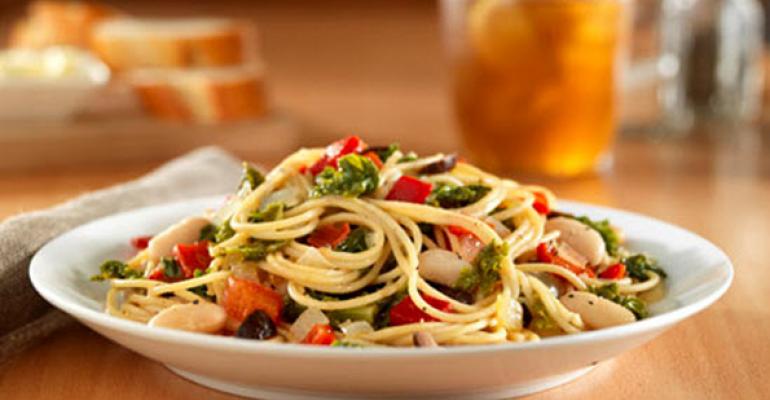 A special message brought to you by Barilla&reg;

Nutritionists have been telling us for years about the benefits of whole grains. Finally, the message is sinking in.

Whole grain pasta, for example, continues to march into the mainstream of American eating habits. It is starring on the family dinner table, pleasing lunchtime crowds in K-12 cafeterias and college dining halls, and giving restaurant patrons a menu option that’s flavorful as well as good for you. 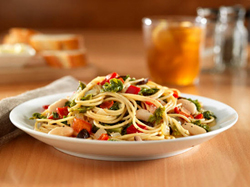 In foodservice, menu items described as whole grain have taken on what the research firm Technomic calls a “health halo” that appeals to consumers, similar to foods billed as natural, organic, local or free range. Consumers tend to perceive such items as tasty as well as healthful, in contrast to foods with descriptors such as low-salt, low-fat or low-sugar, which signal health but also suggest a flavor deficit.

That is a growing trend in restaurants. Mintel Menu Insights reports that the number of center-of-the-plate dishes with whole grains rose by 24.4 percent in the top restaurant chains in the years 2008 through 2012. Over that time, whole grains in casual dining restaurants rose by 105.8 percent, in fast-casual restaurants by 68.4 percent and in fine/upscale/gourmet operations by 42.3 percent.

Whole grain spaghetti was a particularly strong performer, Mintel found, growing by 84.2 percent in the top chains during those years.

“We’ve definitely seen strong and steady growth in our better-for-you portfolio, especially whole grain,” says Steve Napoli, director of foodservice for Barilla America. “Since we launched it in foodservice in 2008, it’s caught on very quickly with operators and consumers alike. When you have a healthy product with a strong brand that delivers on taste, everyone wins.” 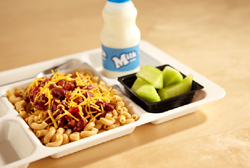 “Pasta sales have only gone up,” says Gibbons. “I have not heard one thing about the pasta. It has been a good product for us.”

Gibbons notes that whole grain pasta is broadly accepted among the 18,000 students in the district, which includes youngsters from comfortable economic backgrounds as well as a high proportion who qualify for free or reduced-price meals.

“Whether or not they get whole grain pasta at home, they are very accustomed to it at school now, so we never hear anything one way or the other,” says Gibbons. “Most of the time, they probably don’t even realize it is whole grain.”

“The Challenge really pushed us to expand our whole grain offerings,” says Lindsay Wilson, MS, RD, LD, registered dietitian for the Division of Housing and Food Service at the university, which has a student enrollment of about 51,000.

“We tried those with whole grain pasta during the Challenge and saw that we had better sales than with the regular pastas we offered previously,” says Wilson. “So we switched and offer them consistently now.”

Whole grain options in residential dining halls include a Build Your Own Macaroni and Cheese Bar with whole grain pasta as well as semolina pasta, three different sauces and toppings such as jalapenos, broccoli, olives, chopped tomatoes and crushed potato chips, as well as a hot version of Whole Grain Asian Tofu Salad.

“We had such a good time doing the Challenge,” says Wilson. “Our managers and chefs were a little skeptical about how our students would respond, but the reception was so positive they were eager to take part again.”