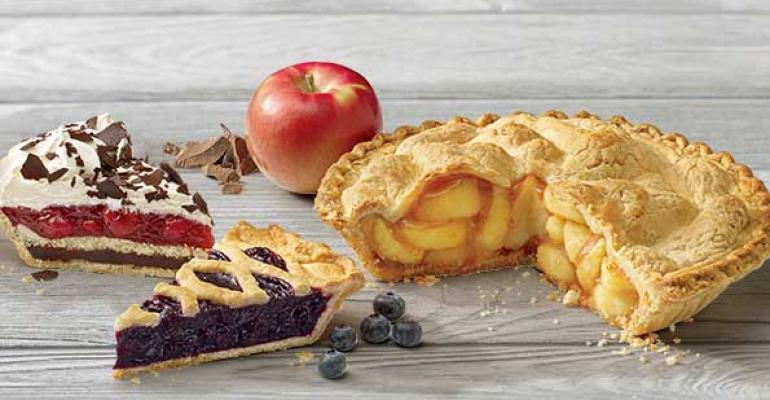 Getting 'real' on the menu

As Americans voice growing concerns about the foods that appear on their plates, foodservice operators are finding that what's been removed from a dish can be as important to their customers as what goes into it.

In an effort to address consumers' reservations about “artificial” ingredients, an increasing number of restaurateurs are providing patrons with transparent and useful information that helps them make more educated purchasing decisions when ordering snacks, appetizers, main dishes and desserts.

At the same time, this “clean food” movement is leading operators to shun the use of “artificial,” “processed” or “chemical-sounding” ingredients in their food, reasoning that the more natural an item is, the more “healthful” or “wholesome” it is. For many this groundswell also addresses a broader range of issues that touches on such topics as the provenance of an item, whether it is local or sustainable, and whether it is organic or allergen-free.

“The movement is all about getting back to basics of wholesome, pure and natural ingredients,” says Chef Dale Miller, a former restaurateur and president of the Master Chef Consulting Group in Clifton Park, N.Y. “It is a redefining of the menu and gearing it toward simpler foods, which are not over-processed, have no artificial ingredients, no preservatives and no artificial colors.”

As a result, more restaurateurs are making the commitment to offering clean yet appealing foods. For example, Panera Bread earlier announced it would remove 150 ingredients — a “No No List” including such additives as acesulfame K and synthetic vanillin — from its food products by the end of 2016. The St. Louis-based bakery-café chain also said it would remove all artificial ingredients and added sweeteners from its kids' menu.

In addition, Chipotle Mexican Grill became the first national chain to remove all genetically modified ingredients from its menus, while McDonald's said it would cease menuing chicken treated with human antibiotics in the U.S. Noodles & Company said it would remove artificial ingredients from its menu, and Dunkin’ Donuts agreed to phase out the use of titanium dioxide, a controversial whitening agent used in powdered sugar. Taco Bell vowed to remove artificial preservatives “where possible” by the end of 2017.

But while the clean food movement can help to reassure restaurant customers, it also can require some adjustments on the part of the operator, experts say. “Chefs are now tasked to find and partner with suppliers that offer these ingredients, which is difficult,” says Arlene Spiegel of Arlene Spiegel & Associates, a restaurant consultancy in New York.

Nevertheless, an increasing number of suppliers are working to make clean food alternatives available to operators while still maintaining a high level of comfort, taste and quality. For example, Tyson Foods, Inc., who makes Chef Pierre® pies , has reformulated its Hi-Pie® desserts to satisfy ingredient-conscious patrons. In addition to baking more than a pound of ripe, freshly picked fruit into every pie, the company says its newly reformulated desserts are naturally sweetened, and contain no artificial colors or flavors.

The company also points out that most of its line of carefully crafted bakery products contains no partially hydrogenated oils. Within the Hi-Pie® dessert line, the shift has been made from high fructose corn syrup and trans fats to real sugar and real butter.

In addition, Tyson Foods sources many high-quality, locally grown ingredients for its Chef Pierre® pies such as pecans from Georgia, apples from Michigan and butter from Nebraska and Wisconsin in its quest to offer the best and most delicious products possible.

As a result, operators are exploring ways to accommodate their guests' evolving demands. At the family dining/buffet concept Golden Corral, the majority of menu items are made from scratch, says Vice President of food and beverage Beverly Lynch.

Lynch says the biggest related challenge Golden Corral confronted was the removal of artificial trans fats, which have been determined to contribute to health problems. “We spent a lot of research time on it. Using trans-fat-free products tends to affect flavor and consistency,” Lynch says.

Golden Corral is also labeling more items on its buffet line. While the chain continues to address questions about allergens and gluten-free items, it is flagging dishes that might contain unexpected ingredients — for example, Golden Corral's slow-cooked cabbage is flavored with bacon and ham.

“We've also gotten away from using artificial colors,” Von Hengst says, “not only in the dessert course, but elsewhere on the menu as well.” He cites such items as all-natural Alaskan flounder and wild-caught shrimp.

Additionally, the chain is using non-GMO and organic sweeteners on the tabletop. “Every menu cycle we check out ingredients,” Von Hengst says. “It's not a trend. It's a new way of eating.”

At Target Field, home of the Minnesota Twins Major League Baseball franchise, Delaware North prepares most items from scratch at its premium areas, including suites, the Metropolitan Club, Champions Club and catering department. Pastry Chef Tera Gray makes every effort to prepare desserts from scratch in-house. “We make our ice cream in-house — along with other items,” she says.

“Delaware North takes the opportunity to offer seasonally based desserts,” she says. “Pumpkin and figs are featured in season, while a fruit tart topped with pastry cream and seasonal berries is another example.”

“Desserts provide one of the greatest opportunities to showcase a restaurant's commitment to clean and local ingredients, especially in the fruit, ice cream and chocolate categories,” Spiegel says. “There is a resurgence of cobblers, crumbles, tarts, turnovers and fruit pies on even the most highbrow menus.”

“These old-fashioned favorites provide opportunities to share the name of the indigenous ingredients in their products, i.e. the name of the apple orchard from Washington State or the cranberry bog from Wisconsin. Guests really enjoy the local and seasonal connection.”

Miller agrees. “By putting a twist on classic desserts, it creates 'an everything old is new again' appeal with consumers.”

And, in an effort to meet consumers’ increasing demand for “clean” and wholesome fare, operators and manufacturers such as Chef Pierre® are focused on refining and delivering the finest products possible. “A clean ingredient deck will continue to be top of mind to consumers and operators, and we're striving to meet this demand through improved ingredients, recipes and trusted sourcing,” says Luhrsen.