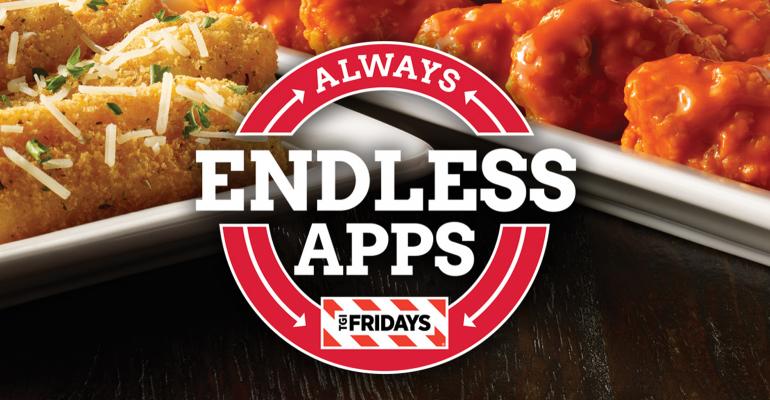 TGI Fridays is bringing its $10 Endless Apps deal back as a permanent fixture on its menu, the company said Wednesday.

The Dallas-based casual-dining brand, which first introduced the appetizer promotion in July 2014 as a limited-time-offer and reprised it several times since, said it was also highlighting its burger offerings with several new choices. “No more ‘limited-time only’ fine print,” the company said in a press release. “Endless Apps are here to stay.”

Customers, for $10 per person, can get endless refills on such appetizers as mozzarella sticks, loaded potato skins, barbecue chicken flatbread, pot stickers and boneless buffalo wings. New appetizers include meatballs and fried pickles.

“Endless Apps have become a pop culture phenomenon, as evidenced by the outcry we heard every time the limited-time offer expired,” said John Antioco, TGI Fridays CEO, said in a statement. “We want our guests to have a great time every time they visit us, so we’re giving the people what they want — Endless Apps at any time.”

The Endless Apps launch is supported by a national television campaign.

TGI Fridays has more than 900 restaurants in 60 countries.