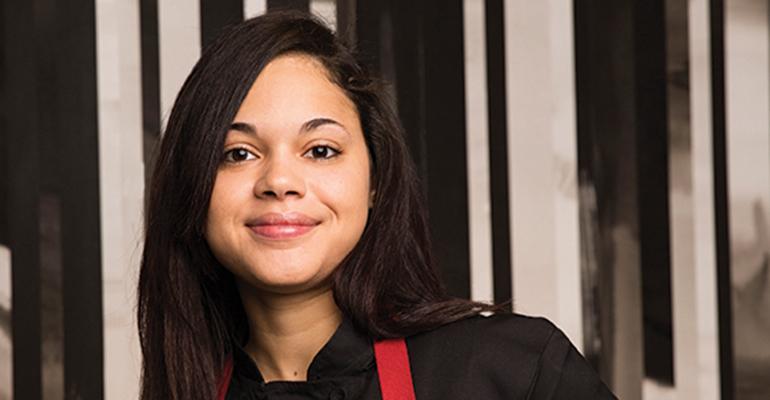 For those who have never watched Bravo’s Top Chef, it’s easy to dismiss as another television cooking show. But there may be no show that has launched the career of cooks on the rise like TC.

Take, for example, the case of Angelina Bastidas, a 25-year-old Miami chef whose talent landed her a spot on the most recent season. As the youngest chef ever to appear on the show, she stumbled here and there, but proved she’s as scrappy as they come, defeating many much older chefs before bowing out.

It’s no surprise to those in Miami, where she cooked at the acclaimed Area 31, Bazaar and Tongue & Cheek. But the show exposed her to the nation and led recently to her being tapped as the chief de cuisine of Circa, a restaurant and lounge at The Gwen, a Luxury Collection Hotel in Chicago. She’ll also oversee the menu at Upstairs at the Gwen, an outdoor terrace on the fifth floor of the landmark McGraw-Hill Building.

Zagat Miami got it right when it named her one of the 30 Under 30 Rock Stars Redefining the Industry.