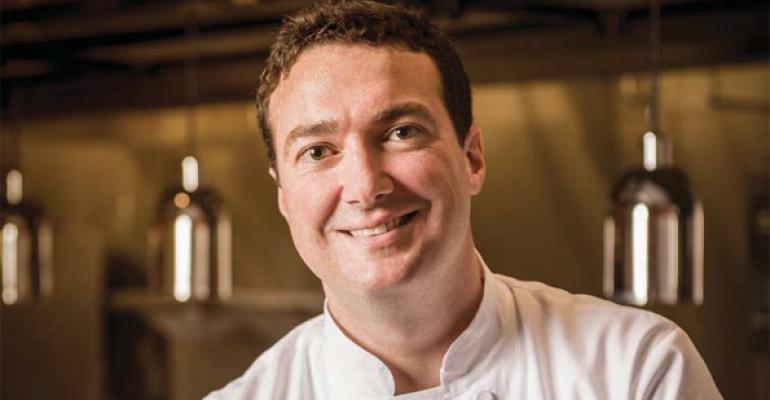 When celebrity chef Charlie Palmer announced last fall that he would be closing his eponymous restaurant at the Joule Hotel in Dallas, it left foodies wondering what would go in this primo location. Rumors of a Charlie Palmer Steakhouse came and went and the wondering continued. Meanwhile, in an adjacent space at Joule another restaurant quietly opened and it quickly set the Dallas dining scene on fire. Within a matter of months, Dallas Morning News named CBD Provisions the Best New Restaurant of the Year. Thrillist also weighed in, calling CBD the “best damn restaurant opening of 2013.” Much of the praise has centered around the restaurant’s modern Texas brasserie decor and the nose-to-tail cooking of chef Michael Sindoni, 33.

The classically trained chef was running the kitchen at the erstwhile Charlie Palmer restaurant and was tapped to be the executive chef at the proposed Charlie Palmer Steakhouse. The folks at Consilient Hospitality, the brains behind CBD Provisions, wisely kept him on board. Consilient is also behind the yet-to-be-named restaurant in the old Charlie Palmer space.

Meanwhile, Sindoni is showing off the skills he learned after spending considerable time working in Italy. Some of his signature dishes include Gulf oysters with absinthe-whipped lardo; little goat pies with stout-braised cabrito (goat); braised-tripe with chorizo; head on shrimp and grits with nduja (Italian pork sausage); and Berkshire pig head carnitas.

It was Sindoni’s cooking that earned CBD Provisions a four-star review. Leslie Brenner of Dallas Morning News wrote: With dishes like matsutake mushroom toasts with house-made ricotta; and quail that’s been pan-roasted golden-brown and set atop dirty rice, Sindoni is “taking Texas cooking in a brilliant direction.”