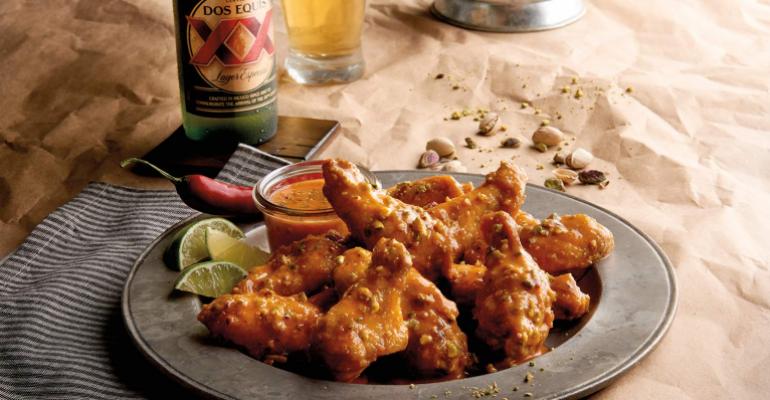 Flying above the competition

If you’ve got chicken wings on your menu, you also have a ton of competition out there. According to Datassential, 41 percent of all restaurants with appetizers offer chicken wings.

The good news is that the appetite for chicken wings is nearly insatiable. According to the National Chicken Council, an estimated 14 billion chicken wings are eaten each year. But why should potential customers come to your restaurant for chicken wings and not theirs? The answer is easy. You offer plenty of tasty chicken wing options and you back them up with promotions that are too irresistible to pass up. If for some reason you can’t make that claim, it’s time to up your promotions game.

What follows are some creative chicken wing promos that rise above the crowd.

Greene’s Ale House in Oswego, New York,  uses a “Beat the Clock” chicken wing promotion to drive customer traffic on Mondays and only Mondays. It works like this: from 3 to 6 p.m. chicken wings are 60 cents each. The price goes up to 70 cents from 6 to 9 p.m.  and 80 cents from 9 p.m. to midnight. The promo not only attracts customers on a traditionally slow day, but it also encourages them to show up early. It’s simple and successful.

Looking for great wing recipes?  We found this resource with lots of interesting recipes: Frank’s RedHot King of Wings