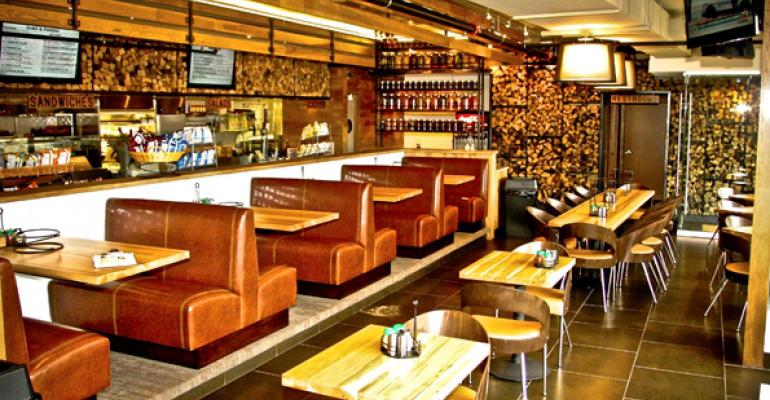 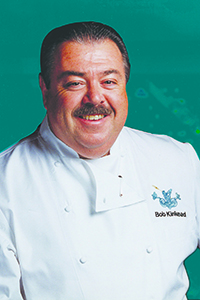 Pioneering Washington, D.C.-area chef Bob Kinkead died this week after battling heart disease and diabetes, according to The Washington Post. He was 67.

Kinkead’s namesake restaurant on Pennsylvania Avenue opened in 1993 as a Modern American brasserie, sometimes described as the “cafeteria of the Clinton Administration.” It was known for excellent seafood and was credited with serving the only authentic New England clam chowder in the city. The chef liked to joke that his signature pepita-crusted salmon with shellfish and chili ragout was so popular, it financed his home in an upscale D.C.-area neighborhood.

Phyllis Richman, The Washington Posts’s restaurant critic, in 1998 described Kinkead’s’ seafood ravioli as “so airy, gossamer and flavorful that it rivals the finest Italian pasta or Chinese dim sum.  The char-edged grilled squid is the tenderest and most flavorful version you are ever likely to encounter, its accompaniment of polenta with tomato fondue and pesto tastes as if squid and polenta were meant for each other.”

Kinkead’s closed in 2012, but the chef’s other concepts included the restaurants 21 Federal and Ancora, as well as Colvin Run Tavern in Northern Virginia, and Hell Point Seafood in Annapolis. Kinkead, who was originally from Providence, R.I., grew up in Massachusetts.  With younger brother David Kinkead, he also later opened a concept in Boston called Sibling Rivalry, which closed in 2013.

An eight-time nominee for James Beard awards, Kinkead was named Best Chef Mid-Atlantic in 1995 for Kinkead’s.

He was also president of the Council of Independent Restaurants of America, or CIRA, and the chef railed against the “growing infiltration of chain restaurants in the casual dining arena,” wrote former Restaurant Hospitality editor Mike Sanson in 2003. At the time, Kinkead argued that chain restaurants, with inferior food, would run independents out of business.

It is with great sadness that I say good bye Chef Bob Kinkead. Working for you was incredible I received many a hot poker for screwing up but I deserved everyone & grew from it. You will be missed!! Rest in Peace @… https://t.co/B1qqn3IHJk

RIP, Chef #BobKinkead. You offered me a job when I had less than zero fine dining experience, but you took a chance on me because “you made me laugh, kid.” I will be forever grateful for that opportunity. https://t.co/f4mRRYNEIW

This week, the restaurant community, including chefs who journeyed through Kinkead’s kitchens, took to social media to give tribute to the creative and, by all accounts, demanding Kinkead, including Chris Cosentino (Cockscomb, Acacia House), Dan Kim and Ris Lacoste (Ris).

My dear friend and chef, Bob Kinkead, passed away this morning. To all of you who shared his world, let us gather in celebration and thanks! We will all be in touch. pic.twitter.com/qqe2JOhHnU