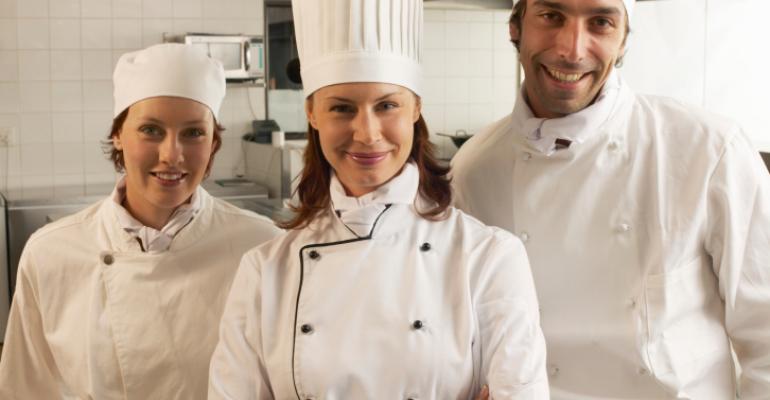 Are you an aspiring female chef or restaurateur who has at least two years experience in the business and is eager to kick your career into high gear in a hurry? Then circle Jan. 20, 2016 on your calendar. That’s the deadline to apply for one of the 22 positions available next year in the James Beard Foundation’s 2016 Women in Culinary Leadership (WICL) Grant program.

Now in its third year, the WICL Grant program awards successful applicants front and/or back of the house training positions where they are mentored by some of the biggest names in the restaurant world. Year one saw one grant awarded, while year two had seven; 22 posts are up for grabs in 2016. The program’s goal: build leadership and management skills that will enable more talented women to gain high-level positions in the restaurant industry.

Make no mistake: these aren’t stagier jobs where the recipient will spend long hours peeling vegetables and speak only when spoken to. The WICL Grant offers meaningful work experience in top operations plus intensive mentoring by industry stars. Past recipients have cooked on the line and managed the floor while also working and training in such as aspects as inventory, sourcing, cost control, new menu development, marketing and promotion, event planning and catering.

“The WICL Grant was created to break through the barriers of what I call the ‘gastro ceiling’—a paucity of women as executive chefs and even fewer as leading restaurateurs,” says Rohini Dey, founder/owner of Indian-Latin Vermilion Restaurants in NYC and Chicago. “This program is about building women’s operational skills, financial literacy, confidence and networks in the field. We started with one grantee at Vermilion, building it to seven positions last year, and now it has grown in our third year to 19 eminent restaurant groups.

“Mentors are not only sponsoring our WICL grantees, but are taking them into their organizations to train them and build their skills.”

And what mentors they are.

Seven 12-month positions will be available in 2016. They are offered by:

• April Bloomfield—Spotted Pig, John Dory Oyster Bar, The Breslin, NYC, (three back of house positions, one in each restaurant)

• Rohini Dey—Vermilion, Chicago (back and front of house)

An additional 15 slots involve six-month positions provided by these renowned chefs and operators:

• Elizabeth Blau—Elizabeth Blau & Associates, Las Vegas (two positions, one front of house, one back of house)

• Kevin Brown—LEYE, Chicago (back and front of house)

• Matt Jennings—Townsman, Boston (back and front of house)

Hopefuls can apply for one, some or all of these positions. Those chosen will receive a $500-per-week stipend to defray their living expenses while in the program. The selection process has several steps; the final choices being announced in early April. Position start dates are to be mutually agreed upon by the recipient and her mentor, with June 1 being the latest starting date.

Working with restaurateur/chef mentors of this caliber will be a resume builder of the highest order. But recipients may not have to look very far for their next job once their positions conclude. All six women who have graduated from the Women In Culinary Leadership Grant program to date received job offers from their mentors.

Interested? Learn more about the program and the application process.