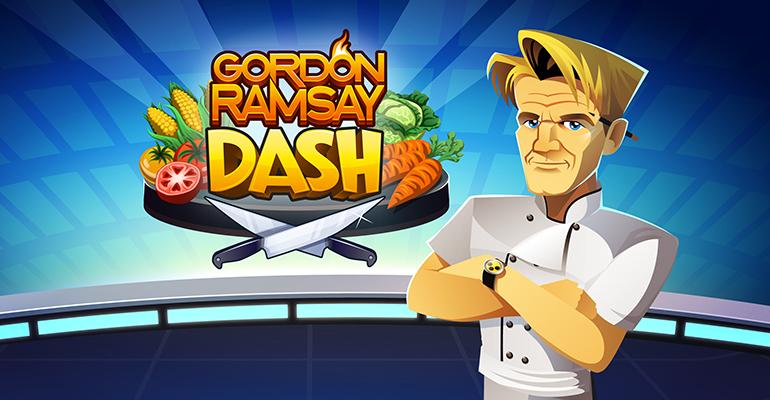 Want to build a restaurant empire with Gordon Ramsay?

You can on your smartphone or tablet with the recently launched free mobile game “Gordon Ramsay Dash,” available from the App Store and Google Play.

The game, created by San Francisco-based Glu Mobile, is the latest in a series of Dash titles, which include “Cooking Dash,” and “Diner Dash.”

Ramsay provides the voice for his animated avatar, including his trademark bleeped F bombs, and appears in exclusive video messages within the game. Here's a preview:

Players can customize their digital chef, who attempts to go from line cook to Michelin-starred chef, moving through the levels with real recipes. The digital chef also competes on cooking shows, and even barters for ingredients at the farmers market–all the while being mentored by the cartoon Ramsay.

For the chef, the move is a first step into the video game world, where TV-eschewing Millennials have long gravitated.

“Mobile gaming is a really exciting space to be in right now and something I’ve wanted to be involved with since I saw my kids playing them on their smartphones,” says Ramsay. “It was very important to me that the game accurately portray the challenges, intensity, accomplishments and excitement that comes along with rising up the ranks in the restaurant business.”

The chef is perhaps best known in the U.S. for his television portfolio that includes “Hell’s Kitchen,” “MasterChef” and “Kitchen Nightmares.”