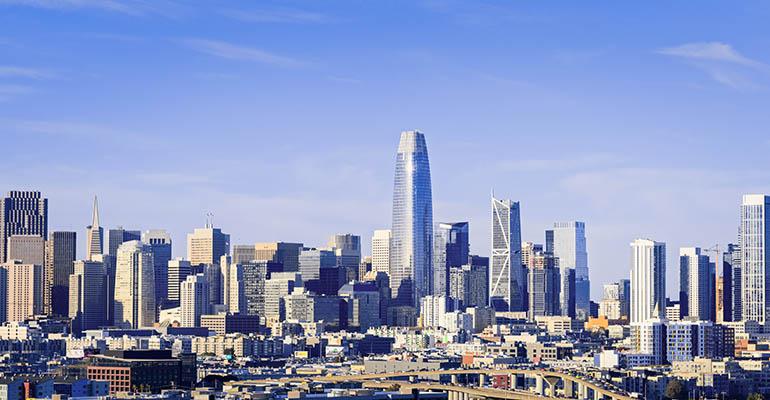 Thomas Winz / The Image Bank / Getty Images
The San Francisco operators’ concerns raised during the hearing mirrored those that have been voiced in New York City.
People>Owners

Restaurant operators in San Francisco called for “sensible” regulation of third-party delivery marketplace companies and ghost kitchens in a hearing on Wednesday before the city’s Small Business Commission.

The San Francisco operators’ concerns raised during the hearing mirrored those that have been voiced in New York City, where the City Council is considering a package of legislation proposed this week to regulate third-party marketplace providers. The bills in New York would cap restaurant commissions, for example, and a mandate that such companies be licensed.

Among those sharing their stories before the commission in San Francisco was Pim Techamuanvivit, owner of the Thai restaurant Kin Khao, whose outrage went viral after her restaurant was listed on third-party delivery sites without her knowledge or permission.

“I was the one who raised hell on Twitter,” Techamuanvivit told the commission members, describing the “thuggish” behavior of the third-party marketplaces who attempted to sell her food, even though the restaurant does not offer delivery.

“Postmates would come to the restaurant and say we have this order, and we would say we don’t do takeout,” Techamuanvivit said. “But then they’d say, if you don’t fulfill this order, [the customers] will be mad at you."

Laurie Thomas, owner of the restaurants Rose’s Café and Terzo and acting executive director of the Golden Gate Restaurant Association, said the debate about the rise of delivery comes as restaurants across the city struggle for survival amid rising costs. Over the past seven years, full-service operators in the city have seen their overall payroll costs increase 52% and healthcare costs jump 37%, she said.

Data from the city’s health department shows 536 restaurants closed in 2019, while 384 opened, and Thomas said she fears closures will accelerate with the lack of affordable housing, the high cost of permitting, and other economic pressures.

Those challenges have forced restaurants to turn to delivery, hoping for incremental sales and the ability to drive revenue at lower cost. “Most restaurants have had positive experiences with delivery,” she said.

Thomas said her restaurant has an exclusive relationship with Caviar for delivery, for which her restaurants pay a 25% commission. But she also expressed concern about the “predatory” listings of non-partner restaurants without consent, as well as hidden or “bait-and-switch” fees that take advantage of less sophisticated operators. She also said it should be easier for restaurants to be removed from delivery marketplaces.

With the rise of ghost kitchens in San Francisco, Thomas also called for better monitoring by the health department. She argued the commissary facilities should have the same permit and zoning requirements that restaurants face.

Anjan Mitra, CEO and founder of the restaurant Dosa, said he has had good experiences working with the ghost kitchen operators Virtual Kitchen Co., which sells food prepared in Mitra’s commissary kitchens for other retail locations across town. Opening another restaurant location was too risky, Mitra said, but the Virtual Kitchen sites allow him further reach with delivery-only offerings.

Mitra, however, said he was in favor of “sensible and fair” regulations for delivery and ghost kitchen players, but he urged the board not to add to the regulatory burden small businesses in the city already face.

“If you want to have neighborhood restaurants,” he said, “… you cannot have the same laws that apply to both types of businesses.”

The commission is reportedly planning to discuss the issue further on March 9.