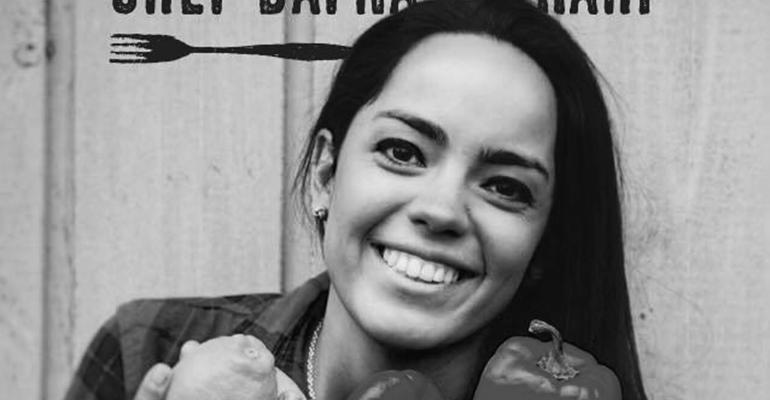 <p>Dafna Mizrahi long dreamed of ownership. &ldquo;I didn&rsquo;t know it would happen so early, but you take opportunities as they come,&quot; she says.</p>
People>Owners

What younger operators bring to the table

Popular reality shows such as MasterChef Junior and Man vs. Child have been inspiring a growing number of young people to seek out culinary careers. And we're not just talking about entry-level posts in the kitchen. We spoke with three young restaurateurs who each acquired their first restaurant before age 25 about what inspired them to join the industry and the advantages of starting young.

Born in Guadalajara, Jalisco, Mexico, Dafna Mizrahi’s family moved to Atlanta, when she was 12. “Every summer I’d spend in New York, with my godparents who owned restaurants,” says Mizrahi. “My mom was a ballerina, so while she was dancing, I was in the restaurant learning every aspect of the business.”

After high school, Mizrahi attended the Culinary Institute of America. “One of my mentors at CIA, Gianni Scappin, opened a restaurant while I was at CIA and I went to work for him,” says Mizrahi. “And once I finished CIA, I moved to New York to help launch a restaurant concept for my godparents. I was 21 and responsible for every aspect of five locations. I was basically the director of operations for about a year and a half before opening my first restaurant, Monte’s Local Kitchen & Tap Room, in Amenia, NY, with a partner, in 2014.”

Mizrahi says she’s always been very driven and always wanted to own a restaurant. “Owning a restaurant was always a dream of mine,” she says. “I didn’t know it would happen so early, but you take opportunities as they come.”

Mizrahi is quick to point out that owning a restaurant is very different than working in a restaurant. “You’re on 24/7; there’s no downtime,” she says. “As a 24-year-old, I have to be able to find balance and have a personal life. Being responsible for everything is huge. When I opened Monte’s, I told myself that I was giving my life to the restaurant for three years—no weekends, no holidays.”

Starting at a young age, Mizrahi says that she has more energy, her mind is fresher and she has more ideas. “I think that when you’re younger, you’re less afraid of trying and testing things,” she says. “At the same time, you have to demand respect when it comes to generational gaps. If you don’t demand respect from the beginning and then tell a 40-year-old man that he’s doing something wrong, it will be very difficult to control the situation.”

Kyle Hakim is 23 years old and recently signed a 19-unit restaurant franchise deal in Texas, as the v.p. of R Hakim Corp. “My dad owns 30 IHOPs in Texas, which I worked at every weekend growing up,” says Hakim. “When I was 16 years old I was a host, busboy and server, and at 17 I went through management training for IHOP, so that on the weekends and during the summer I’d be the manager on duty.”

After graduating with a degree in business and marketing, Hakim’s dad told him there was an opportunity to own a franchise of la Madeleine Country French Café. “I was really excited because la Madeleine was the restaurant I used to go to with my mom every Saturday when I was little,” says Hakim. “I was born and raised in the restaurant industry, and I knew I was ready to own a store.”  Hakim and his father signed a multi-unit restaurant agreement to open 19 la Madeleines over the next 10 years. “We opened the first restaurant the day before I turned 23 and we have another one opening in June,” says Hakim. “It’s fun because I’m involved in every aspect of getting it up and running.”

Growing up, Hakim says he didn’t know he would eventually own a restaurant but admits that he always dreamed of being like his dad. “In school I was making plans to have a design agency, but then I realized that I could use that creativity for the restaurant,” says Hakim. “This is a time in most young people’s lives when you don’t have much responsibility. I don’t have a family to take care of right now. So this is the time I can really invest in my future.”

Hakim says being young also has its benefits when it comes to working with younger employees and utilizing technology. “I understand my younger employees and their need to check their phones—when on a break,” he says. “I’m also constantly updating our Facebook page and messaging back our customers, something that I think older owners may not see as much value in.”

Opening the restaurant has been a lot of hard work, too, Hakim admits. “I haven’t had a day off since we opened, and that’s fine, because I love what I do,” he says. “I’ve heard it a million times growing up—if you don’t do something you love, you’re going to hate it, but if you do something you love, it doesn’t even feel like you’re working. Now it’s come full circle, and I realize, wow, maybe these old people are right,” Hakim laughs.

Three years ago, Erin Graszat was working part-time at Pita Pit in Canada, when her boss nominated her to take part in a competition at Pita Pit’s headquarters in Kingston, Ontario. Graszat thought that the grand prize was a corporate regional manager position, but it turned out to be her own Pita Pit franchise in Hamilton, Ontario.

“I’ve worked for Pita Pit for seven years,” says Graszat, who is now 24. “I was originally going to dental school, but I got to know my customers and the product over the years and ended up falling in love with Pita Pit. At the time that I competed, I was already considering opening a store with my boss.”

A restaurant’s success is ultimately determined by your leadership and customer service skills, according to Graszat. “It all comes down to how good your customer service is, how well you can run a restaurant and how you can inspire people on both sides of the counter,” she says. “You have to be a leader, be positive, and guide everyone with you.”

For Graszat, a lot of it comes down to attitude.

“I’m an extremely happy and confident person. You have to wake up in the morning, count your blessings and go inspire the people you work with,” she says. “For me, I think it’s easy, but for a lot of people it’s not. You have to have the mental attitude that your store is only going to be as successful as you want it to be, which can mean putting in 12 to 15 hours a day, seven days a week. Whatever it takes to get their restaurant to where it needs to be.”

“I didn’t know when I was 18 and starting at Pita Pit that five years later I’d own my own store with another opening later this year,” says Graszat. “Young people can do whatever they set their mind to. Anything is possible, but you have to believe in yourself and be all in.”