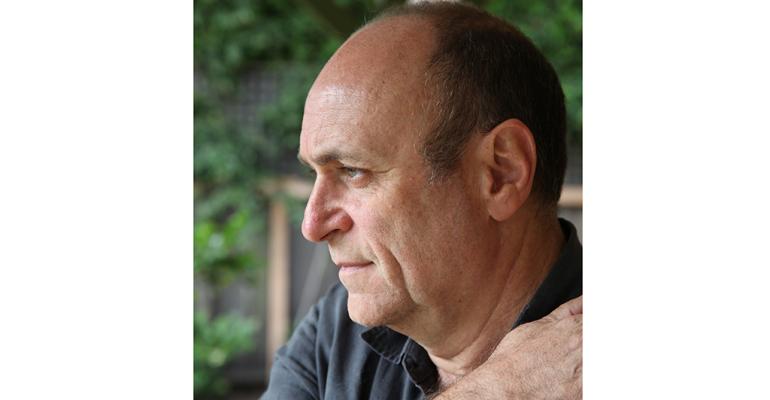 If the name of the new L.A. restaurant “Spartina” sounds familiar, you might have been hanging out in NYC's Tribeca neighborhood in the 1990s. Chef and restaurateur Stephen Kalt named his new 100-seat spot on tony Melrose Avenue in L.A. for the restaurant he opened in Manhattan in 1993.

The chef and businessman, who operated a small chain of pizzerias after college and got his fine dining start under Daniel Boulud at Le Cirque became a significant player in the New York restaurant scene back in the day, consulting on half a dozen projects before launching Spartina—a restaurant at the forefront of Tribeca’s resurgence. Spartina’s Italian (with Spanish, Provencal, North African and Eastern Mediterranean influences) menu earned it a “Top Five Neighborhood Restaurants in New York” designation from Food & Wine in 1999.

In 2004, Kalt caught the attention of Steve Wynn, who recruited him to develop and run Corsa Cucina, a Modern Italian concept at Wynn Hotel and Casino in Las Vegas. Since then, he’s opened and operated restaurants in Atlantic City and at the Thompson Hotel in Beverly Hills, CA. The new Spartina opened a couple months ago, and we caught up with Kalt to find out how he likes L.A., how he’s changed between Spartinas and what he considers key to running a successful restaurant.

You’ve gone back to the future with Spartina. How did you get the idea to revisit the concept?

It was a fortuitous situation. I had been looking for a space in L.A. for a long time and  found something I thought was really special. I didn’t set out to rename it Spartina, but [after moving to L.A.] I had found a group of people here who used to hang out at Spartina in New York and one of those buddies suggested it. I liked the idea because it was the first place where I really made my name. It was a very special experience.

How are the two restaurants similar and how are they different?

They’re similar in that both were intended to be casual dining informed by fine dining. Restaurants are different now [than they were in the 1990s]. Dining was more structured then, with an appetizer and an entrée. And the East and West Coasts are different, too. Now, and on the West Coast especially, there’s more sharing and I’m also now more influenced by the farmers' markets. Whereas in New York we were at the forefront of true Mediterranean cooking (now the lexicon of normal dining is that flavor profile), the new restaurant is California-influenced Italian cooking. I’m also very much influenced by the other forms of ethnic cooking here in L.A.

Tell us about your business plan and finding a niche in the L.A. market.

My first thought was: I’m a guy from the East Coast coming to a new city; I want to make an impact but also reach the most people I can at the same time. I looked for locations with the highest density. Los Angeles is so spread out, so people stay pretty close to home. I wanted to do something accessible but that would allow me to define myself uniquely. There are other places—Sotto, Alimento and Union—along this vein, but I wanted to be defined as market-driven, very seasonal, creative, but not over-reaching. I think that’s what I did.

What was the creative process behind the menu?

I have a lot of ideas in me of because I’ve been doing this so long. Also I walk the markets out here and see things that look great together. I try to strike a balance. Yesterday I put a spaghettini with clams on the menu, but with Chinese fermented black beans. And boom, it was a hit…It’s interesting and heartening to me that I can do something with new character and people are enjoying it.

How are the spaces different?

I think both are very stylish for their time. In New York, there were darker woods and leather. This one is much more contemporary, a midcentury L.A. industrial style with greens, blues, grays and zinc with some warm wood. It also features a huge open kitchen, which the New York restaurant did not have. It’s attuned to 2016 Los Angeles.

How have you changed between the first and second iterations of Spartina?

I’m hoping 20 years later my skills and range are greater and that my attention to detail is greater. It's not that I wasn’t cooking good food back then, but my grasp is more accurate now. As a business owner, I spent a dozen years in the casino-resort business between then and now. That is very much P&L-driven and corporate. My being a young chef with a lot of desire and heart is now tempered, I think, by a deep business acumen. I like to say that I live at the corner of art and commerce now. You invest heavily in a restaurant, and you have to have a realistic business outcome behind every decision you make.

My wife [Shelley Schulze] is a filmmaker. We were in Las Vegas and Steve [Wynn] had given her a great position with his company, but New York and L.A. were better suited to her profession. We’d gotten used to the West so we decided to stay out here. I saw things really happening and percolating in Los Angeles. I was involved with the Thompson Hotel, but I wanted to find my own space. I’ve become an Angeleno since then. We’ve made it our home and I find the restaurant scene really exciting and vibrant and I’m happy to be a part of that.

Your wife Shelley helped you design the restaurant. How was that experience?

My wife is an extremely talented photographer. She has a great eye, which also makes her a talented designer. Working with her was very interesting and engaging, and we became a good

team. We became good at balancing each others’ ideas and I think we came up with something uniquely special.

Part of the philosophy of the restaurant was to make it like our house, with a big open kitchen where you can have a glass of wine and everyone experiences the cooking and the drink-making. Shelley captured that with things like the shelving and her photography [which adorns the walls]. We had tended to keep our creative lives separate up to that point, but it was an extraordinary experience.

What are you enjoying most about your new venture?

I’ve been [in the restaurant business] for quite a few years, but at this point in my life it’s fantastic to develop something from scratch. I don’t think many people truly get the opportunity to develop something from their heart and mind, from the bottom to the top. Even if you have five million dollars to do a casino restaurant, you have five guys in suits to answer to every day. Here, there is only myself and my wife to turn to, and I think I created something special out of that.