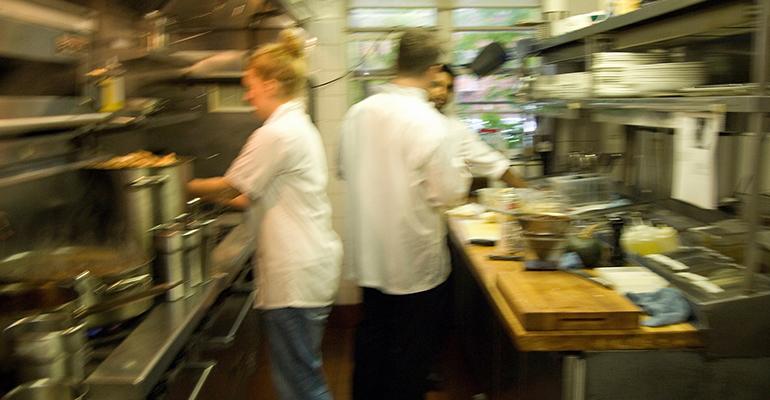 Workers cannot be ‘on call’ during rest breaks in California

Ruling clarifies whether employees can be tethered to devices

If a server goes on a rest break for 10 minutes and there’s a spill in the restaurant, can a manager text the server to ask: “Where’s the mop?”

In California, unless that worker’s rest break is rescheduled, that text could constitute an interruption that could be a violation of state law, according to a recent ruling by the state Supreme Court.

Employers in California should not expect nonexempt workers to be on call — or even tethered to a device — during their 10-minute work breaks.

With California as a trendsetter, it’s a worker protection issue that could potentially come up in other states, said labor and employment attorney Judith Droz Keyes of Davis Wright Tremaine in San Francisco.

Though only nine states have rest-break provisions, California is the first to address what can be considered an interruption of a rest break, especially in a world where workers are so connected by smart phone.

The ruling in California is a response to an unanswered question in the 2012 case involving Brinker Restaurant Corp. that made clear the denial of one or more rest breaks in any workday entitles workers to a statutory one-hour penalty payment. Left unclear, however, was the question of whether employers could expect workers to be on call, or to restrict their movement or activities, during a break.

In the case Augustus et al. v. ABM Security Services Inc., the Supreme Court in December ruled that security guards could not be required to wear pagers or beepers during rest breaks or to be prepared to respond to emergencies during that paid 10-minute period.

The court found the issue was not whether the guards even received a page or a call, or even whether they responded. The issue was the employer expectation that they should be on call, said Keyes.

For a restaurant employer, that means workers need to be considered wholly on break, and not expected to respond to calls or texts, for example.

“If a restaurant employer expects that they will carry their cell phone or beeper, and it if is expected that they will respond if a call comes, then there’s the expectation of work,” said Keyes.

To be prudent, employers should affirmatively tell their employees they don’t need to have their phones or other devices with them while they go on break. Workers should not feel they have to respond or to be available in any way, she said.

If employers must require workers to be on call, even during breaks, they have the option of rescheduling breaks if there is an interruption, or paying the one-hour penalty for a missed rest break.

Employers can also seek an exemption, if they can show an on-duty rest break would not materially affect the welfare or comfort of employees, but would cause undue hardship on the employer. Best to consult legal counsel, said Keyes.

Employers should also make sure all written policies and handbooks are compliant with the court’s ruling.

While the ruling applies to workers in California, Keyes said the decision has gotten a lot of attention.

With the new administration in Washington, additional worker protections at the federal level are not expected for several years, she said. Therefore states have become more cognizant of labor issues.

“States are going to become more active, and it may very well be this decision raises an issue that hasn’t been thought about, but it may be now,” she said.