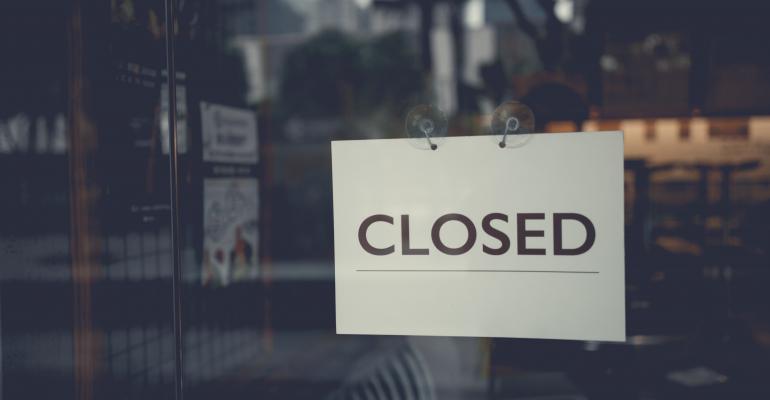 Is the restaurant industry dying?

Despite what is often described as a booming economy, the news in the independent restaurant world across the country has been a bit grim in recent weeks.

In cities like Seattle, Pasadena, Calif., and even Birmingham, Ala., restaurateurs are raising the alarm, saying rising costs are taking a toll on the restaurant communities, resulting in a higher rate of closures.

Related: 10 predictions for the restaurant industry in 2019

San Francisco, long one of the nation’s top dining towns, has become somewhat of a poster child for the argument that restaurant operators are running out of options, as labor and real estate costs continue to climb — not to mention permitting delays and the burden of mandates like health care and sick leave.

Stacy Jed, co-owner of Bluestem Brasserie and president of board for the Golden Gate Restaurant Association in San Francisco, said it has felt as if a tide had turned over the past two years, with restaurant closures outpacing openings. She cited data from Yelp indicating that 325 restaurants closed within San Francisco city limits in 2018, compared with 298 that opened.

Jed blamed the steady increase in the minimum wage over the past five years, as well rising rents and a retail slowdown that has hurt foot traffic to restaurants. The lack of affordable housing has made it more difficult to recruit workers.

“It’s not any one thing,” she said. “But the volume of traffic is not in step or in keeping with rising costs.”

While the lament is familiar across the country, a bigger picture look indicates the restaurant industry is continuing to grow, not shrink.

When asked to look at the restaurant openings versus closures in four cities — looking at the greater metropolitan areas — this year, for example, Yelp data indicates more restaurants are opening.

From January through Sept. 30, for example, more restaurants opened than closed in New York, Los Angeles, Chicago and San Francisco. 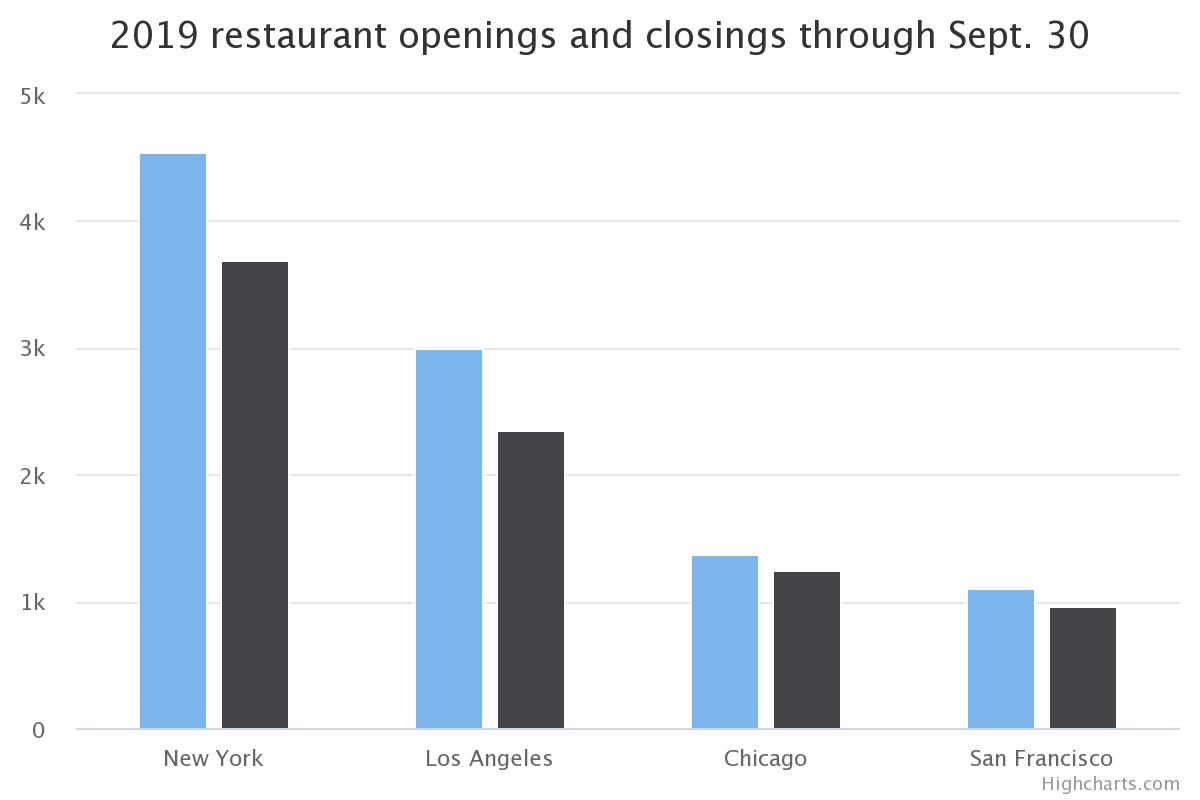 In addition, those numbers only reflect brick-and-mortar locations. A growing number of restaurant operators are building new virtual brands for delivery only, without any physical location.

Advocates for a higher minimum wage continue to offer evidence that the restaurant industry is thriving, not dying.

In New York, for example, both restaurant revenue and employment were up in the period between 2013 and 2018, when the minimum wage grew in phases from $7.25 per hour to $13.50, according to a report supported by the National Employment Law Project, which has backed a move to eliminate the tip credit there.

Still, some data indicates a slight decline in unit count.

The NPD Group’s twice-annual ReCount restaurant census, for example, showed a slight contraction. As of March 2019, there were 364,468 independent restaurants across the U.S., which was down nearly 1%, or 2,065 locations, from a year prior.

Tim Powell, managing principal with management consulting firm Foodservice IP, based in Chicago, said such numbers may simply reflect the way consumers are dining out differently.

“I think it’s overblown, the shuttering of units,” Powell said. “While new unit openings and closures has typically been a reference point, we’re under a completely different foodservice paradigm.”

He added that the growth in off-premise transactions has given independent restaurant operators more options for growing their businesses.

“I don’t think we can look at things like openings because we’re seeing instead independents getting more creative,” he said.

Smart restaurant operators are looking for ways to boost consumer engagement and build new business within their four walls, he said.

That’s not to say there aren’t storms ahead.

The restaurant industry is 15% of the global economy and remains vulnerable to recession fears, not only in the U.S. but around the world. Powell predicted signs of recession will begin to appear in the next quarter, starting in December.

“The foodservice industry is a leading indicator and we’re already seeing consumers tightening their belts,” he said.

Now is a good time to “hold tight and make sure your formula works,” said Powell, including investing in things like service, cleanliness and staff friendliness.

“This is the time to up your guest satisfaction,” he said.