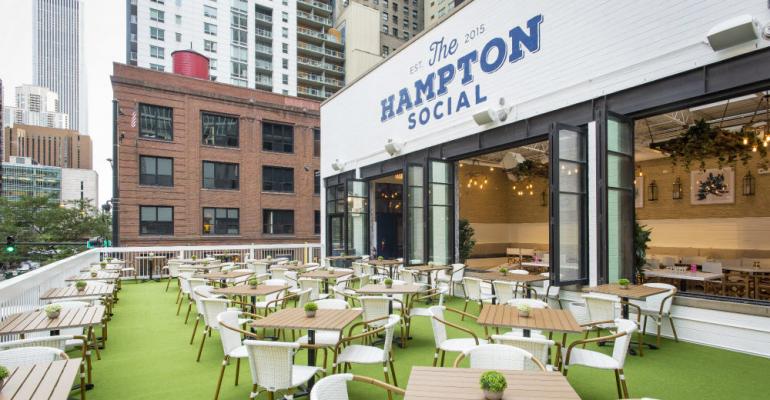 Chicago-based Parker Restaurant Group is planning a national expansion of its female-focused concept The Hampton Social, a move designed to quadruple the group in size to 21 restaurants within the next three years.

Currently with five units in Chicago — though one restaurant is closed temporarily for a relocation — Parker Restaurant Group operates three Hampton Social units, as well as the one-off Beach House Social, and a bluesy cocktail lounge called Bassment. 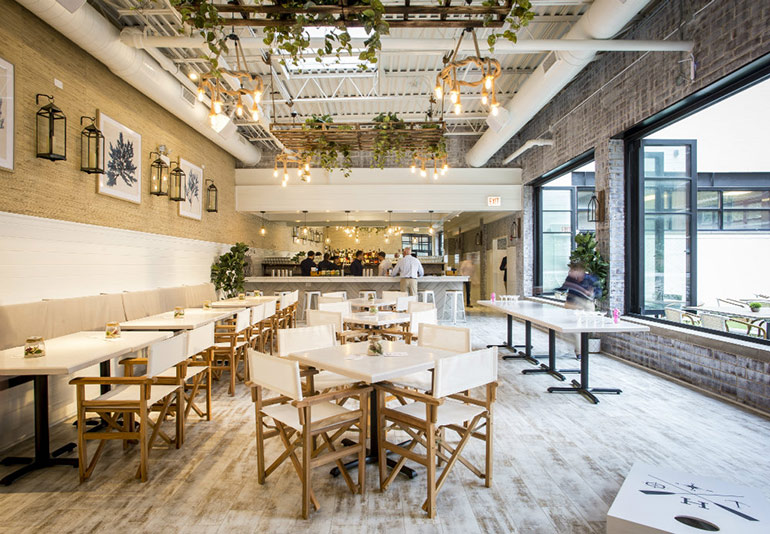 In December, the group is scheduled to open the first Hampton Social outside Illinois, bringing the brand to Naples, Fla., as well as adding another Illinois location in Skokie.

In Cleveland, the group also plans to open a second unit of Bassment, he said, and the group is looking at bringing Hampton Social to more markets by 2021.

“When it comes to restaurants, there aren’t a whole lot of multi-units out there geared toward women,” Parker said. 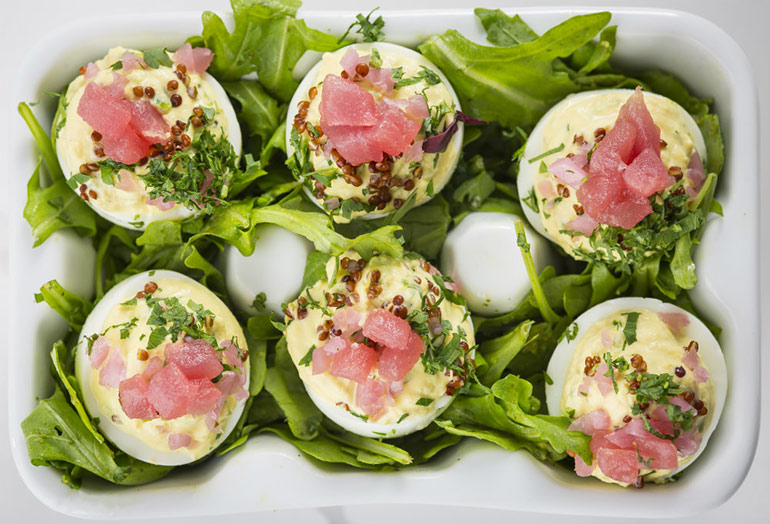 “Being a man with five sisters, I saw a void for a brand that was centered around women going out with their friends and having a good time,” he said. “Women are the ones posting pictures on social media, so we think that getting that formula right is really powerful from a business standpoint.”

A significant part of the group’s strategy to reach its target demographic is the social media-friendly atmosphere of Hampton Social. Each restaurant has a light and airy decor and is known for rosé — or frosé on warmer days — and photo-worthy, Eastern-Long Island-inspired cuisine, like lobster rolls and oysters.

“The social media generation has changed the way you build a brand,” Parker said. “They like signs, sayings, cool chairs, swings, etc. These all give them chances to Instagram something.”

The average check at The Hampton Social ranges in price from $28 per person for brunch or lunch to $38 per person at dinner with a typical square footage of about 7,000- to 9,000-square feet.

Parker is optimistic that a robust social media presence and strong marketing have already built a fanbase of women who have heard of the brand but never stepped foot in a Hampton Social restaurant.

Parker said the restaurants average about $7.5 million in annual sales with “20-percent plus” profitability at each location.

So far, growth has been funded privately, along with investments from friends and family, initially using funds from the 2015 sale and closure of his first Chicago club/eatery, American Junkie.

Parker emphasized that he is building a lifestyle brand, not just a chain of restaurants.

“Our goal is for someone to say, ‘I had a great time — had so much fun with my friends, and I felt like I was on vacation,’” he said.