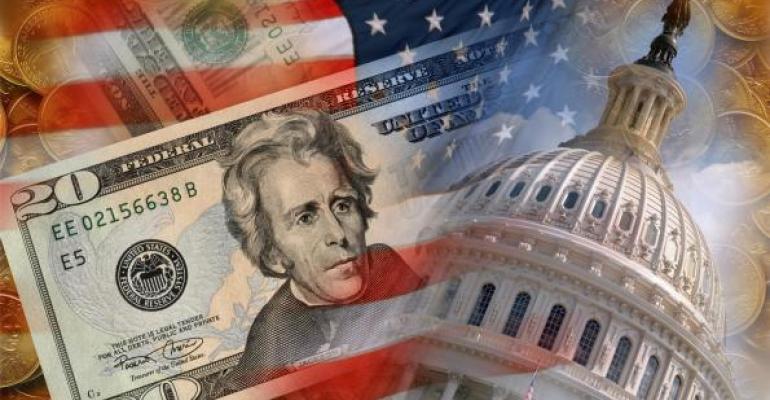 How the Trump administration could impact restaurant taxes

Any change in Washington brings the likelihood of tax law changes. In his campaign, the President-elect Donald Trump highlighted several goals of tax reform that included reducing the official corporate tax rate to 15 percent from its present 35 percent.

President-elect Trump’s campaign promise to work with Congress to introduce broader legislative measures within the first 100 days of his administration included the following:

• Middle Class Tax Relief And Simplification Act. An economic plan designed to grow the economy four-percent per year and create at least 25 million new jobs through tax reduction and simplification, in combination with trade reform, regulatory relief, and lifting the restrictions on American energy.
• End The Offshoring Act. Establishes tariffs to discourage companies from laying off their workers in order to relocate in other countries and ship their products back to the U.S. tax-free.
• American Energy & Infrastructure Act. This would leverage public-private partnerships, and private investments using tax incentives, to spur $1 trillion in infrastructure investment over 10 years. It is revenue neutral.

And, it is not just Trump who would like to see the Affordable Care Act repealed, tax rates reduced and the rules eased. Congress may contribute its own proposals. But, what would this mean for an independent, full-service restaurant?

Of interest to the owners of many foodservice businesses and independent restaurants — and their heirs — the estate tax on gross inheritance over $5.5 million would be repealed under the President-elect’s proposals.

However, capital gains on property held until death and valued over $10 million would be subject to tax — with an exemption for small businesses and family farms. To prevent abuse, contributions of appreciated assets into a private charity established by the decedent or the decedent’s relatives would be disallowed.

Both president-elect Trump and House Republicans would like to see the corporate tax rate cut from its current top rate of 35 percent to 15 percent and 20 percent, respectively. The Trump plan “would be a bold step that leapfrogs the United States all the way to having one of the lowest rates in the developed world,” according to the campaign’s website.

Trump specifically proposed a reduction in the top corporate tax rate to 15 percent while extending the same 15 percent top rate to the income of pass-through entities and sole proprietorships. The current top corporate tax rate is 35 percent, and the current top rate on business income from pass-through entities and sole proprietorships is the top ordinary, personal income tax rate of 39.6 percent.

The plan from House Republicans, on the other hand, is more moderate. The House GOP plan also includes “base broadeners” to counter the revenue lost from the rate drop. Trump’s plan doesn’t have those. As a result, under Trump’s proposal, the corporate income tax raises less revenue than the House GOP’s plan does.

With congressional concerns about deficit projections from the Trump proposals, the proposed tax rates may have to come up somewhat. Congress may also be concerned about extending the corporate tax rate to other business income due in part to the deficit.

President-elect Trump has proposed that some sort of tax, like the tax on corporate dividends, would be applied to distributions of business income from pass-through businesses such as LLCs, partnerships and S corporations. The Trump campaign has stated that it hopes to include provisions that would prevent the conversion of ordinary income into business income, although there are no details at this point.

Most incorporated businesses, so-called “C” corporations, are taxed twice — once at the entity level and again when shareholders pay taxes on dividends and capital gains. In other words, pass-through entities don’t pay taxes at the entity level since their profits are passed to the owners and taxed at the individual income tax rate.

That’s long been a stumbling block for would-be tax reformers. There’s general agreement that the marginal tax rate on C corporations is too high, but if that rate is cut, pass-throughs wouldn’t get a reduction and may even face a tax increase.

One alternative might involve giving pass-through entities a reduced rate compared to wage income, which has been proposed by Trump (a 15 percent rate cap) and the House GOP (a 25 percent rate cap). Both plans have a top ordinary, personal tax rate of 33-percent, according to published reports.

However, creating a special rate for pass-throughs can encourage gaming, according to the Tax Foundation, the Washington-based think tank, because business owners would have an incentive to recategorize their wage income as business income. The president-elect’s campaign materials seemed to include rules that would prevent pass-through owners from converting their compensation income taxed at higher rates into profits taxed at the proposed 15-percent rate.

The most likely scenario appears to tax pass-through entities at 15 percent but taxed again on distributions. Good news for restaurant businesses that retain a substantial share of their income in the business. It would also increase the tax differential between corporate investment and pass-through investment.

Congressional Republicans have been challenged by lobbyists whenever they get too specific about what tax breaks they would eliminate in return for lower corporate rates. In all likelihood, this will continue to be a difficult hurdle for both the president-elect and Congress.

Of interest to many small businesses, Trump has proposed a doubling of the Code Sec. 179 small business expensing election from $500,000 to $1 million. That would mean that up to $1 million of equipment and other business property expenditures could be written-off as an expense in the first year. Presumably, the ceiling for all capital expenditures after which the first-year expensing is lowered, dollar-for-dollar would also be rasied.

As the new Congress is seated, it's more than likely that Trump's proposals will be incorporated into a host of other changes. Where this will end up is hard to predict since, on the Congressional drawing board are a number of tax proposals that might emerge in a lame-duck session. More likely, when Congress undertakes the 2018 budget this Spring, they will consider:

• Creating a new business rate for small businesses that are organized as sole proprietorships or pass-through entities instead of taxing them at individual rates
• Reducing the corporate tax rate to 20 percent
• Providing for immediate expensing of the cost of business investments
• Allowing interest expense to be deducted only against interest income, with any net interest expense carried forward and allowed as a deduction against net interest income in future years (with special rules that will apply for financial-services companies)
• Allowing net operating losses to be carried forward indefinitely and increased by an interest factor, and eliminating net operating losses carrybacks
• Retaining the research credit (but evaluating options to make it more effective)
• Generally eliminating certain (but unspecified) special interest deductions and credits
• Moving “toward a consumption-based tax approach.”

It could also mean repeal of the premium assistance tax credit and the small business health insurance credit both of some importance to those in the food service industry.

Analysis: Paying for the cuts

Any tax cuts, real or proposed, must be paid for in some way. Some estimates put the 10-year deficit increase at $9 trillion for the proposals of the President-elect.

Obviously, the economy will have to grow faster than it has in some time to solve the problem. If not, tax rates could creep higher after the initial cuts. That also has happened in the past. It might be avoided with significant spending cuts, but that approach has proved elusive in the past.

In the long run, the overall tax bills of most taxpayers — including many full-service restaurants and foodservice businesses — are almost sure to be lower, but deductions for individuals are almost certain to be reduced. There could be cutbacks in certain tax credits and other deductions for particular industries. In other words, some taxpayers may benefit less than others.