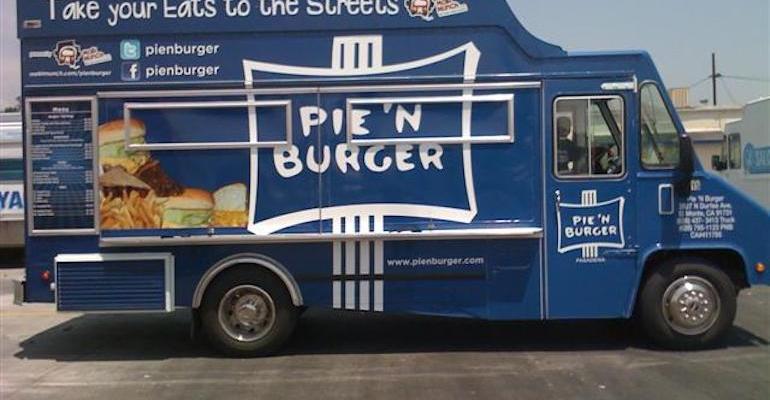 The food truck dilemma: When to rent and when to own?

Food trucks offer independent restaurateurs an opportunity to grow their catering business, field-test new products and expand into new markets. But the decision to invest in a mobile kitchen needs to be carefully considered.

Renting a truck first gives operators the chance to test their concept without a large upfront capital investment. But buying a truck allows operators to customize their vehicle with their preferred equipment and layout.

As with any investment, operators need to weigh the potential returns against the costs, including ongoing maintenance, which in the case of a food truck can be significant, according to industry experts.

“Food trucks are a lot of hassle, to be honest,” said Josh Hiller, owner of Los Angeles-based Road Stoves, which rents out a fleet of food trucks and also hosts an online marketplace for owners to buy and sell their vehicles.

The weight of the kitchen equipment puts a lot of stress on the trucks’ engines and chassis, he pointed out, and the rigors of driving can damage the equipment. At Road Stoves, Hiller said the company has a mechanics’ bay that services its trucks “all day, every day.”

Operators also need to consider potential lost revenues when the truck is out of operation, he said.

“People get into brick-and-mortar restaurants to get out of food trucks,” Hiller said.

He suggests that operators interested in the food-truck business rent a truck for six months to a year first, before investing tens or hundreds of thousands of dollars in buying a truck.

That’s how Michael Osborn, owner of the Pie ‘n Burger restaurant in Pasadena, Calif., determined that he wanted to buy his food truck a few years ago, after renting it for almost three years.

“There wasn’t any downside by leasing,” he said. “Buying a truck is pretty expensive — it’s certainly cheaper than buying a restaurant, but it’s still a lot of capital upfront.”

He leased and eventually purchased the truck from Las Vegas-based Mobi Munch, which rents food trucks to operators, several of whom have ended up buying the vehicles after successful stints as renters.

Leasing and then buying an existing truck has both pros and cons, however. Osborn noted that although the truck came with all the equipment he needed, including a fryer, it also came fitted with a steam table that he did not need. He has also learned that having a second fryer would be helpful, but modifying a truck that has already been permitted for an existing kitchen configuration can be challenging.

“Unless you are in a position where you know exactly what will work, and you have tested your concept on the road, there is a chance you may have to change that concept, and then your design may not be suitable,” he said.

“You may also decide six months or a year from now that you are not cut out for the food truck business,” he added. “The reality is that it is very different than operating a brick-and-mortar restaurant.”

In addition, if an operator buys a custom-built truck, the design they have chosen might not appeal to other operators if they eventually try to sell it, Tang pointed out.

Mobi Munch, which has operated its own food trucks and currently owns The Chairman food truck brand in San Francisco, rents its trucks starting at about $2,000 per month for a 12-month lease. Its pre-owned trucks sell for about $65,000 to $150,000.

Niki Hodgskiss, assistant general manageress of Venture Food Trucks in Napanee, Ontario, which makes and sells custom food trucks, said almost all of her customers buy without having rented first. Most of her clients are large corporations — either major restaurant chains or other businesses that use the trucks as promotional tools for events, for example.

The average price to buy a custom Venture truck is about $90,000 to $100,000, she said, and all trucks are built to order and to meet local health, safety and fire guidelines. Among the recent custom builds Venture has completed have been a truck with a wood pizza oven and one with a walk-in cooler, for cake specialist Lady M Confections.

“I think getting a new truck from a trusted manufacturer is better than a used truck from someone random,” said Hodgskiss. “There can be a lot of headaches involved.”

Bruce Horwitz, owner of the newly opened American Beauty restaurant in Venice, Calif., is considering buying a food truck to accommodate take-out orders at his restaurant.

“We haven’t decided if we will do this or not, but if we do, we would want to buy one,” he said. “But before we sink our teeth into a six-figure food truck, we would want to test it out for maybe four months first.”

CORRECTION: This story has been updated with the correct spelling of Niki Hodgskiss' name.