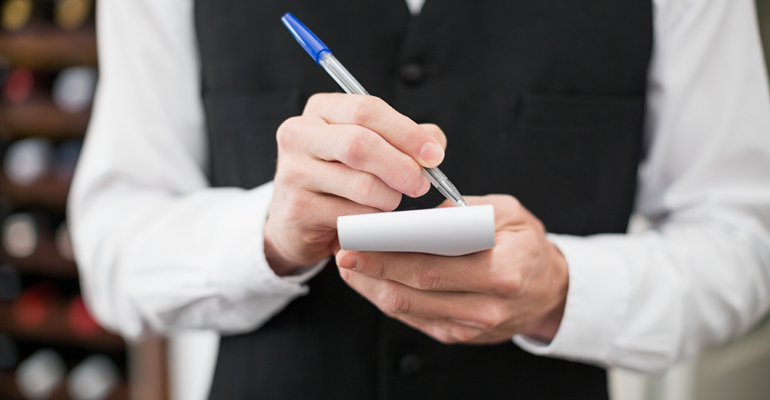 Employers could see a post-Labor Day flurry of federal rulemaking

The days or weeks after Labor Day are expected to bring a torrent of long-awaited rules from the Labor Department.

In the coming weeks, a finalized update is expected on the salary threshold for determining who is eligible for overtime pay. So are changes to tip-pooling restrictions as well as proposed regulations clarifying when employers can use the tip credit for non-tipped work — known as the 80/20 rule.

According to The Wall Street Journal, the White House is pushing the Labor Department to finish regulatory overhauls following the departure of Labor Secretary Alexander Acosta.

The White House has nominated attorney Eugene Scalia to replace Acosta. Acting secretary Patrick Pizzella on Thursday pledged to move quickly to accomplish “all that we can as we prepare for a new secretary.”

Roy Salins, labor attorney and partner in law firm Davis Wright Tremaine LLP in New York City, said it’s not unusual to see a flurry of activity during times of transition, whether it’s a shift at the head of the department or a changing of the guard in the White House.

But as new federal rules are finalized, the key for employers is staying aware of local laws, he said.

“The real issue for many operators is that it’s really going to depend on what state they’re in,” he said. In New York, for example, state and local laws will supersede federal rules on things like overtime and tip pooling. “It’s always so important for any operator to make sure they’re checking local laws.”

Here’s a look at three big rule changes coming down the pike that will impact restaurant employers:

The long-awaited overtime rule is expected to be finalized as early as next month following a review by the Office of Management and Budget, or OMB.

As proposed on March 7, the new rule would raise the salary threshold for determining eligibility for overtime to about $35,308, or $679 per week, up from the current $23,660, or $455 per week. Workers making less than that amount could be eligible for overtime if they work more than 40 hours per week, though eligibility also depends on job duties.

If adopted as proposed, the new overtime threshold would make 1.3 million workers eligible for overtime pay, the department has estimated.

The new rule is also expected to build in periodic reviews to update the threshold, but those reviews would be subject to notice-and-comment periods.

When the tip pooling revision was proposed, some argued it opened the door for employers and managers to pocket tips, prompting lawmakers to step in. Legislation adopted by Congress last year specifically prohibited employers from skimming gratuities. The Tip Income Protection Act, or TIP, amended the Fair Labor Standards Act to ensure tips stay in the hands of eligible employees.

The finalized rule is still expected to allow back-of-the-house workers like cooks and dishwashers to participate in tip pools, which currently are only available to front-of-the-house employees.

Also expected as a result of the FLSA changes is a proposed regulation on the “dual jobs” interpretation on side work, known in the industry as the 80/20 rule.

In February, the Labor Department issued an updated bulletin that rescinded prior guidance that, since 2009, had prohibited employers from using the subminimum wage for side work, like rolling silverware or prepping salads, if that worker spent more than 20% of their time on non-tipped work. That update was based on an opinion letter issued in 2018.

A frequent source of litigation, the 80/20 rule is seen as a nightmare for employers, who are forced to keep track of hours spent on non-tipped tasks.

Earlier this month, for example, a U.S. District Court judge in Eastern Pennsylvania declined to defer to the Labor Department’s 80/20 interpretation in a lawsuit involving P.F. Chang’s China Bistro.

According to the Pittsburgh Post-Gazette, Judge Anita Brody allowed a class-action to proceed against P.F. Chang’s saying both the language in the Fair Labor Standards Act and the Labor Department’s interpretation of the dual-jobs regulation were “ambiguous.”