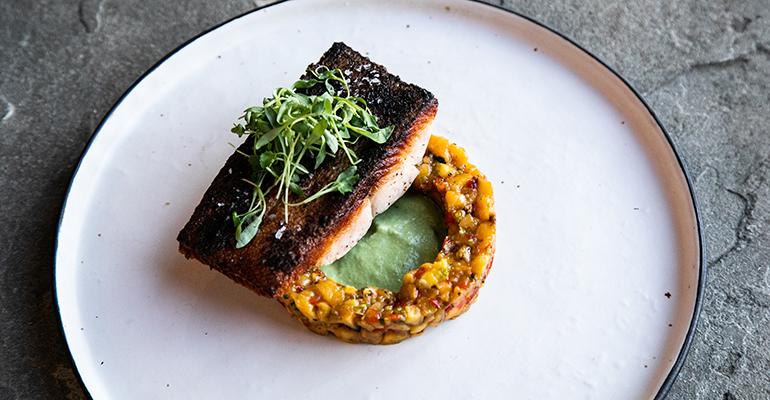 Don’t want to raise menu prices? Time to get creative

Restaurateurs rethink their menus in light of rising costs

Restaurateur Matty O’Reilly is fed up with hearing folks in the industry complain about the rising minimum wage.

“Instead of complaining about it, go do something about it,” said O’Reilly, one of a growing  number of restaurant operators who is getting creative to address rising costs.

Related: How to formulate a strong menu pricing strategy

O’Reilly, founder of the multiconcept operation The Republic Group in the Twin Cities, is borrowing a notion from subscription services, like Netflix and gym memberships, to help his group compete.

This year, the group is offering a dining membership dubbed “[Re]Member.”

For $99 per month or $1,000 per year, a limited number of guests who signed up before the Dec. 31 deadline will be able in 2020 to enjoy one standard menu item of their choice per day at any of the group’s four restaurants. They just need to show ID.

It’s one example of how restaurant operators are rethinking their menus in an effort to drive sales without necessarily pushing up prices. 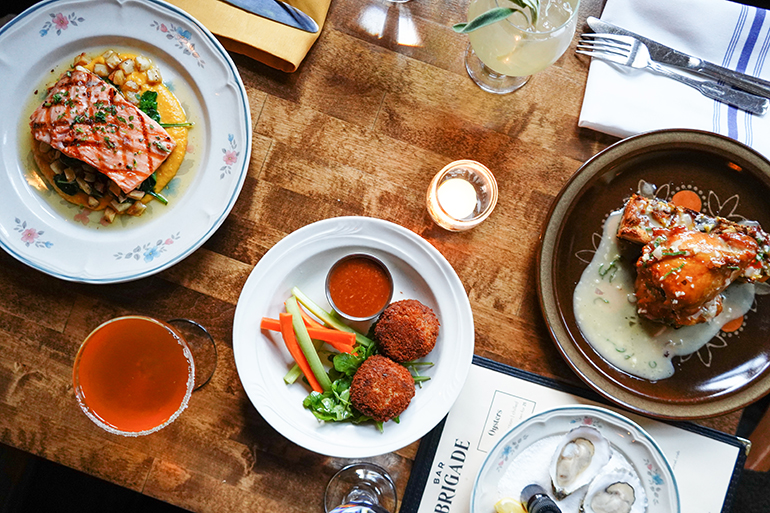 Some say traditional pricing models are broken in an era of a $15 minimum wage — not to mention third-party delivery fees and rising food costs. What’s needed now are new, more creative models that change the way guests perceive value.

“There are not enough labor controls in the world to overcome a $15 minimum wage, so we all have to be looking at our menus,” said consultant David Scott Peters, a restaurant coach who recently authored the book “Restaurant Prosperity Formula, What Successful Restaurateurs Do.”

Some restaurant operators are working to build more price access points across their menu to generate more volume, for example. Others are reworking their concepts altogether to give guests more control over how much they want to spend.

Fundamentally, many say they are reluctant to rely too much on raising prices — even in an economy with record low unemployment and consumers feeling relatively confident about their finances.

“More informal food is coming in,” said Irena Stein, owner of Alma Cocina Latina in Baltimore. “People are really stressed out by their daily lives at work, we’re always rushing. … People want to gather, and share some food with their friends, and have a glass of wine, and go on their way.” 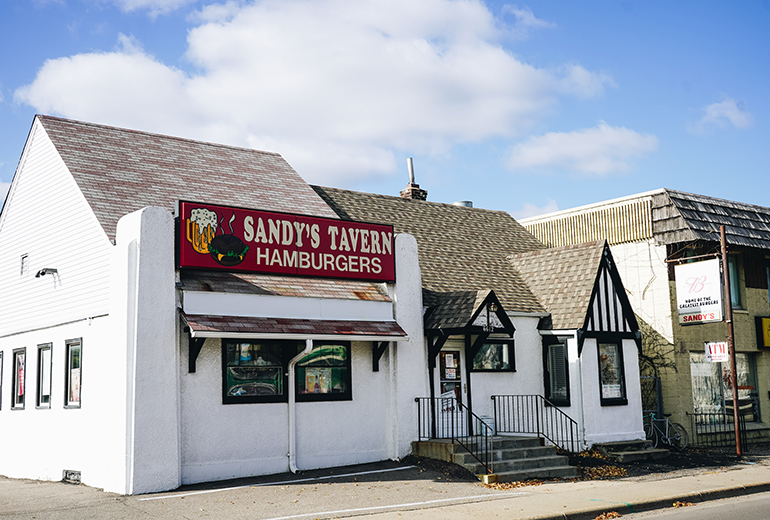 O’Reilly in Minneapolis and St. Paul is hoping his new membership model will appeal to those guests who want to eat out regularly.

“Converting someone into a guest is harder than ever,” said O’Reilly. “But we’ve converted a certain number of people into regular customers, and now we can engage with them in a number of ways.”

Much like a loyalty program, members get first crack at Valentine’s Day reservations and wine dinners, for example. In February, a gift card will be given to the member who posts restaurant visits on social media the most.

O’Reilly said about 70 people signed up for the first wave.

“We capped it intentionally,” he said. “We were thoughtful about the number of people we could handle, based on the size of the company and number of seats. Two of our concepts have 45 seats or less.”

Under the worst-case scenario, if all members only ordered the most expensive dish as their free meal 20 times per month, drank only water and dined alone, the company would still break even, O’Reilly said.

Instead, however, members tend to order more than their freebie, adding on beer or wine and other items when they visit. They also bring nonmember friends who are often first-time guests. The whole program has brought the group great exposure, he said.

“The guests feel as though they’re winning,” said O’Reilly. “And the feedback we’re getting is extremely positive from a staffing perspective. They were worried whether members would tip or that they’d just order water. But now they’re the ones who are like, ‘Holy Cow, this is really working.’”

O’Reilly, who also has a restaurant consulting firm called Banner Year Advisors, plans to use his own restaurants as a guinea pig to prove out the model for subscription dining. He has designed the program to be able to replicate it for other operators, once he has data to show results.

When it comes to pricing, restaurants are in a more sensitive position than other retailers, he said.

The cost of things like lumber at Home Depot, or a fern at a flower shop can go up significantly and no one will notice, he said. “But raise the price of a cheeseburger by $1, and people practically start a riot on Facebook.” 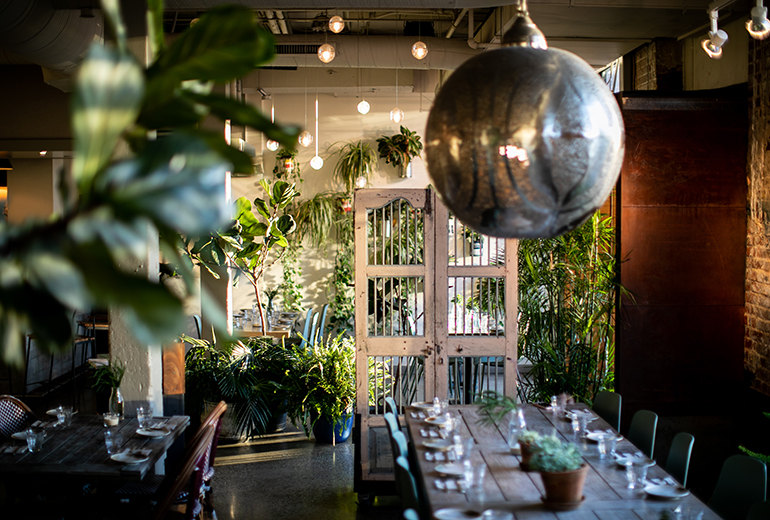 The cost of sustainability

This five-year-old Venezuelan concept in an upscale neighborhood has enjoyed excellent reviews. Owned by Venezuela-born Stein, the menu at Alma was developed by the talented chef Enrique Limardo, known for the much-buzzed-about Washington, D.C., restaurant Seven Reasons.

But labor costs continue to rise. Alma pays a $15 minimum wage, which is almost $5 more than the local mandate because that’s what’s necessary to keep good workers, Stein said.

Another pressure point is Stein’s commitment to sustainability.

“All our animal protein is from sustainable sources, which is much more expensive,” she said, as is the restaurant’s compostable takeout packaging. “But how much are people willing to invest in that word ‘sustainability?’ How much do you want to pay for that?” 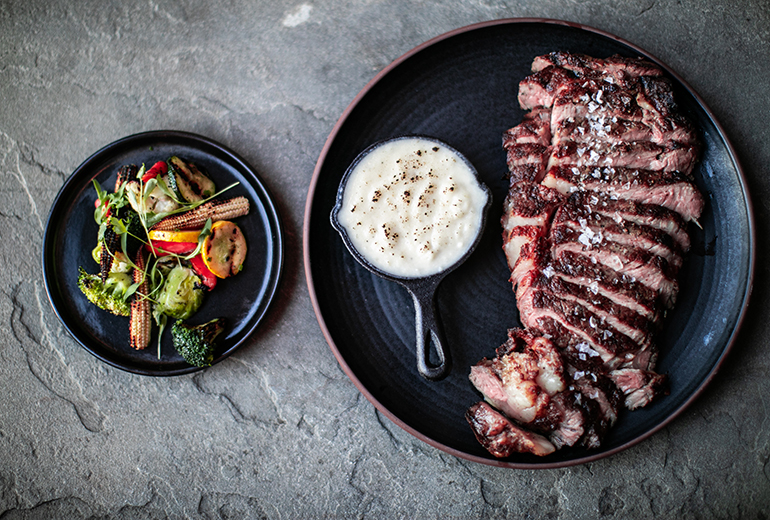 At Alma, where the average per-person check was less than $50 with drinks at the beginning of 2020, Stein planned to move to a new menu structure at the end of January.

The new menu will focus more on sharable plates within sections that will include snacks, medium plates, entrées and desserts. Each section will have options under $20, but there are also higher-end plates, like a $45 prime ribeye with chimichurri (good for two) and a $32 branzino with plantain ceviche.

“The challenge is not only to maintain food costs and labor, but we need a lot of people to come,” Stein said. “Baltimore is not like New York, L.A. or D.C., where a huge percentage of the population is going out. We’re trying to make it more open for everyone to come, especially during the week.”

Fundamentally, Stein said she is competing with Grubhub and other delivery players that keep diners at home. Alma’s food is best experienced in the restaurant, she said, so the menu is designed to enhance the social aspect, “to make it more friendly to come and share and enjoy a variety of flavors,” she said. “And we’re trying not to raise prices on the higher-end items.

“People don’t know how to categorize [Venezuelan food],” Stein added. “It’s not like Mexican, where everyone knows what they’ll get. We need a lot of support and promotion, and once they come in, they’re in love with the flavors. We can build on that. That’s our effort to seduce them.” 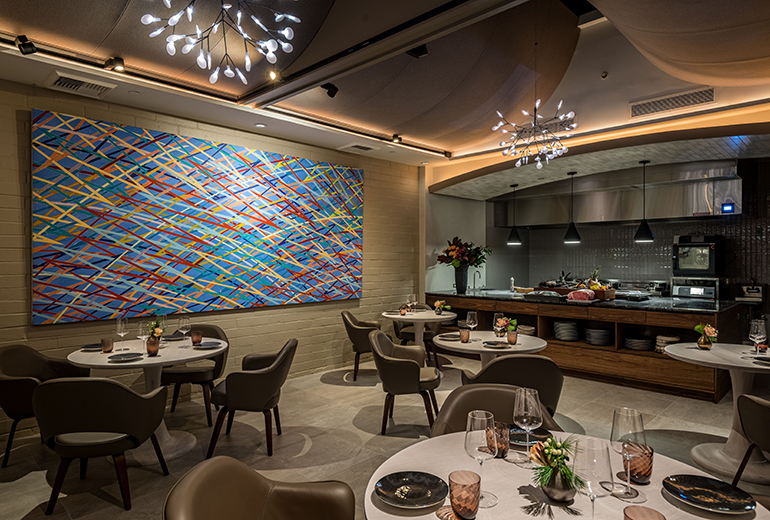 In Los Angeles, chef and restaurateur Josiah Citrin for two decades operated the two-Michelin-starred restaurant Mélisse in Santa Monica, offering one of the most elegant and expensive fine dining experiences in the city.

“Mélisse was such a big restaurant, 100 seats to do fine dining. All the polishing and all the details that went into doing it was getting harder and harder with rising labor costs,” said Citrin.

So Citrin invested $2.5 million in a complete remodel. The space, which is blocks from the ocean, was split into two concepts, including a 14-seat version of Mélisse, still offering its $295 multi-course tasting menu; and the new Citrin, offering an à la carte menu.

Guests at Citrin (the restaurant) can choose from dishes like Maine scallops with celeriac, coconut and lime for $28; or a Duroc pork shoulder chop with endive, fermented pomegranate and chilies for $46 — or go super high end with a $140 caviar service, or a $165 aged bone-in ribeye with bone marrow tart. 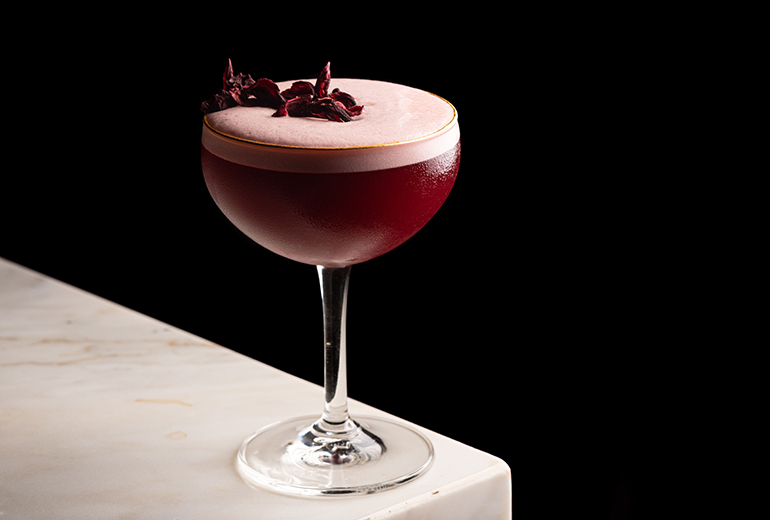 And for the first time at the location, there’s a happy hour with a Glass Off menu — a surfer reference from the Santa Monica-raised chef — including a $13 burger, $7 Wagyu meatballs and the chef’s beloved lobster Bolognese for $14, along with $10 cocktails.

“The idea is to have people in seats at all times,” said Citrin.

Though the restaurant Citrin has no white tablecloths, chef Citrin describes it as chic and elegant.

“Was I going to open another casual restaurant? There are so many in LA right now,” he said. “I call it a grown-up neighborhood restaurant. I wanted to create a place like my living room, where it’s excellent high-end food in a very relaxed, comfortable atmosphere that’s still polished.”

It’s too soon to say whether the new-improved space will solve Citrin’s labor woes, but he said that was only partly the motivation for the remodel.

“I felt like most people in the city who liked that kind of dining had been there multiple times and a lot more restaurants were coming out that were tasting-menu only,” he said. “I felt like it was time to come up with something maybe a little different.”

Restaurant consultant Peters argues that it’s not rising costs that are hurting independent operators as much as the fact that too few are willing to do the hard work of menu analysis. 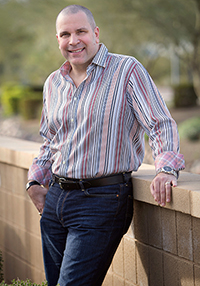 “They run off their gut. So when they see [cost pressures], they have to raise prices to survive,” he said.

“As I teach in my book, it starts with, number one, having accurate, up-to-date recipe costing cards for everything you sell. Costing out every ingredient in the dish,” he said. “If I have the data, we can do a menu engineering analysis. We know what food costs are, and we can make surgical changes without affecting the guest experience or raising every price, or eroding core values.”

Fundamentally, it’s about putting in systems, he said.

“People say, ‘Oh, systemizing the business, you’re going to make us corporate,’” said Peters. “What does that mean? We’re asking you to be efficient and pay attention to your numbers.”