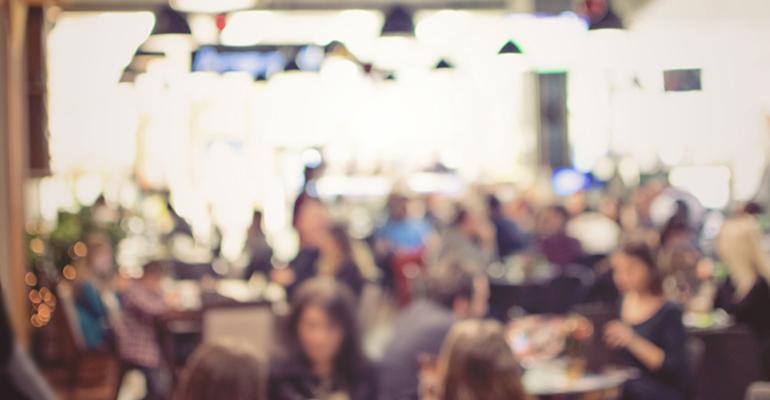 The art and science of overbooking

Leave no empty tables behind

Airlines have been pilloried for doing it, but restaurants do it too.

Restaurant operators know that some people will book a reservation and not show up — without cancelling. Leaving a table empty is money lost. So some restaurants book more than one reservation for certain time slots to make sure that table is filled.

“Over the course of history, we’ve seen the best restaurateurs become blackbelts at doing this,” said Scott Jampol, senior vice president of marketing at OpenTable. “They know X percent will no show, Y percent will dine and finish earlier because they’re going to the theater, and V percent are going to linger longer. So it really becomes like game. Internally, we talk about it being like Tetris, trying to put all these pieces together.”

For years, restaurant operators have used a combination of experience and intuition to know when and how to overbook. But with the ready stream of data now available from more sophisticated table management tools, overbooking is becoming more science than art. And, as a result, some see it becoming more common practice.

“The opportunity is there to help restaurants make very smart decisions about when to accept a reservation and when to say, ‘I’m sorry, that spot is full, have you thought about this time?’” said Jampol. “That’s where we have a lot of focus right now and we’re testing a lot of different approaches to automation to help them make smarter decisions.”

Ben Leventhal, CEO of reservation service Resy, sees overbooking as a potential opportunity, but there is much the industry needs to learn about how to use the data available before it becomes standard practice.

There are obvious situations that call for overbooking, like on a day when it’s pouring rain in New York City, he said.

“If it’s going to rain in New York City, we can predict within a couple of percentage points what the no show is going to be,” he said. “If you know 20 percent on your book are going to cancel within an hour of their table or not show up, then of course you should be overbooking. Now, should you be overbooking by 20 percent? Probably not, because we’re still talking about hospitality. We’re still talking about a very intimate and personal interaction between a restaurant and a guest, so restaurants shouldn’t be putting themselves in a position to really disappoint people.”

However, if you have hard numbers that show 15 seats going unused over the course of 200 or 300 nights, as today’s data can tell you, then there’s a stronger case for overbooking, Leventhal said.

“The problem is, the industry is not quite there yet,” he said. “I think we’ll have restaurants in place to do that reliably in the next six to 12 months, if not before. There’s some data and understanding and business insight restaurants need before that can be standard practice.”

But, even with data now routinely available, industry veterans like Tom Dillon, co-founder of multiconcept group Apicii, with restaurants in New York and Los Angeles, recommend judicious use of overbooking.

Dillon helped develop Richard Sandoval Restaurants and is former president and chief operating officer of Patina Restaurant Group. Apicii’s concepts include Casa Apicii, Bowery Road and Library of Distilled Spirits and the group has redone food and beverage for the soon-to-debut reworked Hotel Figueroa in L.A.

Whether or not to overbook can depend on the concept and the audience, he said. In some cities, customers are more accepting of short waits, while in cities like New York, they are less patient about waiting.

“The first part of the equation is how do I give the right experience and have the right turn time for the kind of concept I’m trying to do,” he said. “If you have a very corporate guest, they’re bringing a client out, and they’re not waiting. But if it’s a younger crowd, they might wait.”

Dillon recommended not overbooking during peak hours, particularly the 7 p.m. to 7:30 p.m. booking that everybody wants, or even the 8:30 p.m. to 9 p.m. slots in urban markets. That’s when walk-in business will likely fill any empty tables.

The best time to overbook is the tricky shoulder periods, when cancellations are likely because they guests probably took a time they didn’t really want, Dillon said.

The key is doing a deep analysis of turn times for each kind of table, whether two- or four-tops, as well as cancellation and no-show trends, he said.

At one restaurant, for example, he learned that reservations booked by hotel concierges, sometimes 30 days in advance, were more likely to result in cancellations or no shows, and therefore were good candidates for overbooking.

But smart overbooking is also about how you manage guests as they arrive, said Doug Roth, founder of consulting group Playground Hospitality in Chicago, which most recently developed three concepts for the McCormick Place Hyatt, including the full-service Third Star and soon-to-open Arc Bar.

“I used to have a 20-minute rule. If it went over 20 minutes beyond the booking, you would always send — never a drink, because they probably already had one — always food, and it gives you an opportunity to let the guest try the product.”

Having a nibble waiting at the table when they finally get seated is a nice touch, he said, or as soon as possible, if a restaurant is really in the weeds.

“The benefit outweighs the cost of doing whatever you have to do to make the guest happy,” he said. If it’s done right, he added, “The guest won’t remember that they had to wait.”

But if your restaurant is running an hour or 45 minute late, “then shame on you,” he said. “You have to do what you can within your four walls to solve that issue.”

In general, Roth is a believer in overbooking, but never on dine-out-heavy holidays like Valentine’s Day or Mother’s Day, when guests are likely to show and will be particularly unhappy about waiting.

But there are different philosophies about how to approach it. A restaurant might, for example, book the same table at 7:30 p.m. and at 7:45 p.m. If the first party shows up 20 minutes late, the table is still filled at 7:45 p.m. “But you can say, ‘We held your table for 15 minutes and we’re going to work you in, but it will take some time. In the meantime, can I get you something to eat in the bar?’” said Roth.

With the information available now, Roth believes the science of overbooking will only improve.

“It’s how you handle it and how you work through the process,” he said. “Many people aren’t that well educated in OpenTable and other systems, so they’re not fully utilizing that opportunity.”