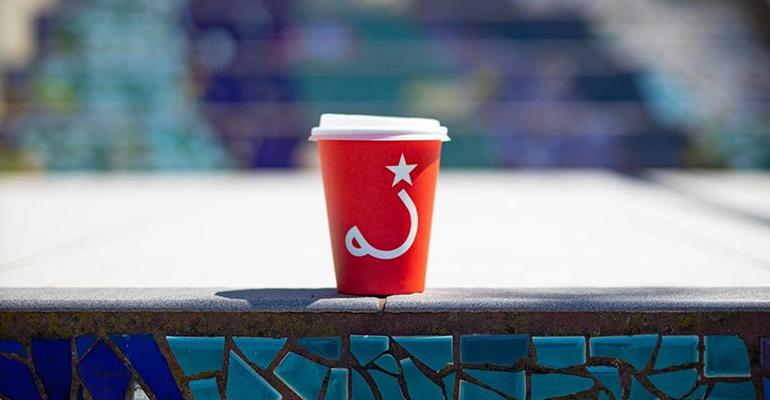 RJ Melman, president of Lettuce Entertain You Enterprises and son of co-founder Rich Melman, spoke last week on Nation’s Restaurant News’ podcast, Extra Serving, about the future of the industry. The multiconcept operator based in Chicago operates over 150 restaurants across the country and, throughout the pandemic, has continued to innovate by reopening now-closed concepts as virtual concepts.

While Melman said the brand enjoyed seeing which concepts were of interest, ultimately, he believes the future of restaurants is in brick-and-mortar, and the company is using virtual restaurants as more of a testing ground for new menu items or to increase delivery range. LEYE just opened a brick-and-mortar location of Mediterranean restaurant Aba in Florida, which marked the company’s first concept in the state.

Melman comments on the state of the industry 15 months after the coronavirus pandemic began, and how it’s been impacting LEYE as the company celebrates 50 years in business.

Read more: Lettuce Entertain You president sees the future of restaurants as brick and mortar, not virtual

Ritual Coffee Roasters’ owner Eileen Rinaldi announced last week that she fired her husband from a freelance construction project he was doing for her San Francisco coffee shop after he was heard using a racial slur against a Black man outside of the shop.

The incident, which took place in May, was reported by the SF Chronicle. On June 8, Rinaldi wrote on Ritual’s Instagram announcing her husband’s firing.

“Words have power -- and the word he repeated is undoubtedly racist and harmful. To me, it means hate and dehumanization. I am thinking about and gutted by the unimaginable pain, anger, and trauma this word has caused throughout history and in every moment a white person uses it.”

She continued, “I have made mistakes and I’m learning. I am committed to doing the necessary work of continuously evolving how we are an anti-racist, inclusive, and equitable business and place for our employees, customers, and community. And I embrace that this work has no closure. We need to work on it every month and year and for the life of the business.”

Read more: The Owner of Ritual Coffee Fired Her Husband After He Used a Racial Slur at Work

In an Instagram post announcing the company, Vaynerchuk said “We will create, develop, and operate thoughtful restaurant and hospitality concepts, culinary experiences, and other food products both in the physical and digital space.”

If you thought a tech focused company being named after a defunct piece of technology was strange, the group is addressing the name with its slogan, “old world hospitality meets modern day technology.”

Michaeli Bakery on the Lower East Side of Manhattan filed a lawsuit last week alleging GrubHub, Uber Eats and DoorDash, as well as other third-party delivery providers, have been charging the café more than the mandated delivery fee cap. The cap, introduced last May, limits fees third-party delivery apps can charge in New York City to 15% for delivery and 5% for other customer fees.

The lawsuit, filed by Micheli & Shel, the company that operates the Michaeli Bakery, is aa proposed class-action lawsuit that, if it becomes a class-action suit, will have other restaurant partners join, according to the bakery’s attorney, Lee N. Jacobs.

It is “a blatant violation of the law,” Jacobs told the Wall Street Journal of the third-party delivery company fees.

The lawsuit does not specify how much above he cap Michaeli Bakery was charged.

Grubhub told the Wall Street Journal, “We look forward to responding to these baseless allegations.” DoorDash said it “has always supported restaurants and claims to the contrary are simply wrong.” Uber Eats, which is Uber Technologies Inc.’s food-delivery division, declined to comment.

Jacksonville Beach, Fla.’s location of Hawaiian fusion restaurant Roy’s, founded by and named for Master Chef Roy Yamaguchi, permanently closed last week after 18 years in business. A few weeks before, rumors began on social media that the fine-dining restaurant would close. An employee confirmed to the Florida Times Union that the restaurant’s last night of service was Saturday, June 12.

Jacksonville Beach Mayor Christine Hoffman confirmed to the Times-Union that Roy’s planned to close saying, “I’m sorry to see Roy’s close. It’s been a longtime favorite here at the Beaches […] It’s a great location, though, in a wonderful commercial center, and I have no doubt that the space will not be empty for very long.”

Roy’s, which was once owned by restaurant parent company Bloomin’ Brands, had 29 restaurants at its height. There are now just five left in the U.S. There was no reason provided for the closure nor has the restaurant commented on it.