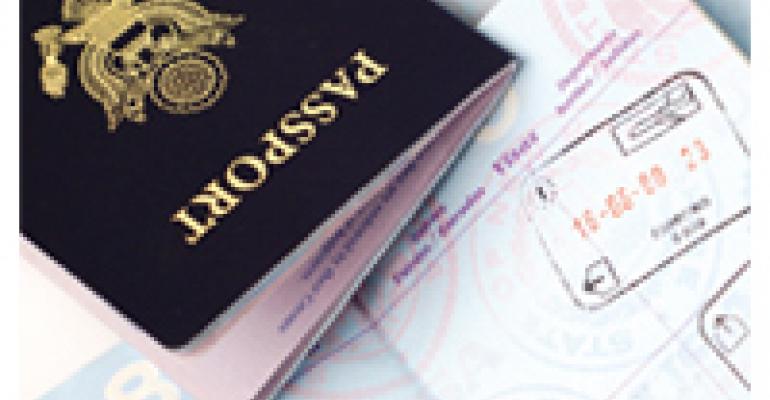 Despite the current recession, the restaurant industry will undoubtedly retain its long-term need for immigrant workers. According to the Bureau of Labor Statistics, more than 2 million of the 23 million foreign-born workers in the U.S. hold food preparation and service jobs, and these workers constitute almost one in four foodservice employees. By law employers must check the identity and employment eligibility documents of each worker within three days of hire, using the Department of Homeland Security (DHS) I-9 Employment Eligibility Verification form.

The U.S. Immigration & Customs Enforcement (ICE) oversees compliance with federal immigration laws, and its worksite enforcement investigations have increased 45-fold since 2001. Restaurant employers risk big penalties — millions of dollars in fines, asset forfeiture, even jail time — if they don't comply with immigration law. Yet the task has become more difficult because the I-9 form itself is changing and the rules for completing it have never been clear. This reflects the state of flux in many aspects of immigration law compliance. For example, the documents employers can accept have not kept up with changes in the law as to who is authorized to work; and government contractors will soon be required to use an electronic Social Security Number verification system that many critics consider too unreliable. But the I-9 compliance situation is most relevant to restaurant industry employers and poses the most potential for problems.

Since 1986, the government has required employers to verify the employment eligibility of all workers by having them complete an I-9 form for each new employee within three days of hire. Employees attest to their immigration status and personal information, and the employer attests that the employee's documents of identity and work authorization have been examined and appear to be genuine. ICE's intensified investigation of employers' compliance with the I-9 requirements has involved document subpoenas, raids to execute search warrants for documents and persons, criminal indictments of company owners and managers as well as workers, and criminal convictions. Form I-9 is serious business, and so is the requirement to use its new version.

After eight years of effort, the Department of Homeland Security developed a new Form I-9, changing the documents acceptable for verifying work authorization and prohibiting the use of expired documents. The new versions went into effect in April 2009. Failure to use the new version may well be viewed as a violation that, in the event of an ICE document inspection or audit, may result in further investigation, subpoena of documents, fines or worse. In addition to using the correct version of Form I-9, employers must be aware that, under the rules for the new form, no expired document can be used and only these “List A” documents are acceptable to verify employment eligibility:

Another significant change is that employees do not need to provide their Social Security Number unless the employer is enrolled in E-Verify. This system, mentioned earlier, enables participating employers to check a newly hired worker's Social Security Number against the Social Security Administration (SSA) database, and to check an Alien Number (appearing on Permanent Resident Cards) against the DHS database. Despite its limitations, E-Verify may be a good compliance option for high-volume restaurant industry employers who receive SSA notification that an employee's reported Social Security Number does not match the SSA database. Employers who ignore verification responsibilities after receiving a “no-match” letter can be subject to stiff penalties.

Even though the Form I-9 recently changed, employers' overall responsibilities and best practices for immigration compliance have not. Compliance practices should be a strong defense in the event of a government review, audit or investigation. Use the upcoming Form I-9 change as the occasion to critically review compliance policies, identify weaknesses in execution, develop a plan to correct them and retrain supervisors and human resource personnel on their compliance duties. Even with the new form, the legal standard under which employers violate the law by knowingly hiring and continuing to employ unauthorized aliens remains unchanged. Also unchanged is the three-day rule for completing the employment eligibility verification process.

Government investigators distinguish “substantive” errors in completing I-9s from “technical” errors. Technical errors typically can be defended by demonstrating good faith efforts to comply with the law. But common substantive errors expose employers to liability in the event of a government review of I-9 forms and practices.

The best way to avoid substantive I-9 errors, and the penalties they involve, is proactively assessing compliance efforts and proactively training managers who must ensure compliance. There are no exceptions to these I-9 requirements, and government immigration law enforcement activity will continue and intensify. Using the new Form I-9 is an excellent opportunity for you to audit your substantive error exposure, retrain employees who process I-9s to avoid these errors in preparing the new forms and develop written plans for a response if ICE investigators seek to review your files. By taking such steps, the restaurant you save may be your own.

Elise Healy, an immigration attorney with Spencer Crain Cubbage Healy & McNamara, represents U.S. and foreign companies, ranging from multinationals to start-ups, in all types of immigration matters affecting international personnel transfers. She can be reached at [email protected] or 214-290-0004.