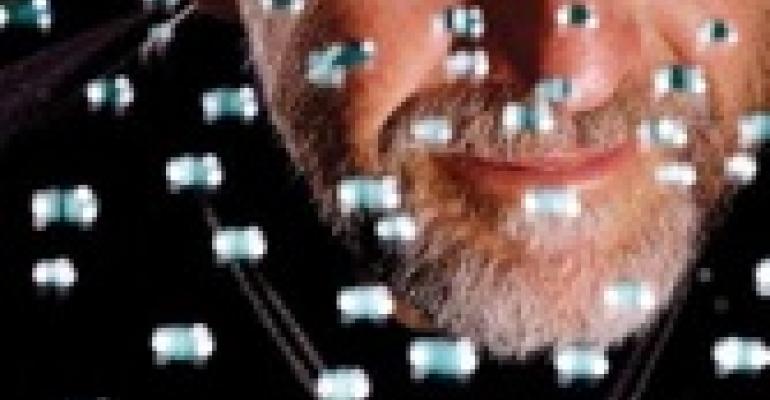 Molecular gastronomy" is a catchy term. It needs no explanation within the industry— it's been covered relentlessly in the food media (though few can actually define what it means). Its combination of words denoting chemistry and food is aptly descriptive. And there's a coldness to it, a clinical sterility that can mirror the effect of food that has been so manipulated it's no longer recognizable as food. And yet it bugs two of the chefs who are the figureheads for the movement. They want to disavow it.

In an open letter, first published in The Guardian in London, Ferran Adria and Heston Blumenthal, writing with Thomas Keller and Harold McGee, note that the term was used to label a 1992 workshop for scientists and chefs examining the chemistry behind traditional dishes. They argue that the term "does not describe a style of cooking."

More important than asking people to avoid using the term, these Michelin-three-star chefs and the food world's rabbi attempt in their brief manifesto to circumscribe the changes rolling through some of the world's most innovative kitchens, defining the key principles of their cuisine in general terms that embrace tradition and innovation and encourage openness and collaboration.

But why are they writing this? Because, they say in an early original draft, "We feel that this is a turning point in the history of cooking."

The published version says, "an important time," but I wonder: A turning point in the history of cuisine? That's a huge statement. Is it true?

Possibly, yes. The evolution of cuisine is, along with the rest of our internet-driven culture, spinning ever faster. And the technofood put out by restaurants such as WD-50 in Manhattan and Alinea in Chicago will never be the epicenter of this evolution because they're not replicable on a broad scale. How many are there, five or six in the country? That kind of cooking is too demanding and too expensive for most chefs to pull off both technically and financially.

They fall into three categories. The most prominent category, because it is least familiar, is the use of agar and alginate as well as various sugars such as isomalt to give foods new or unfamiliar textures and consistencies. Second, the use of mechanical devices to create new or unfamiliar textures and consistencies (foaming, dehydrating, freezing). And third, unconventional serving devices or presentations.

Because these elements have been so attractive to the media, Adria et al. seem to feel that the new approaches to food and cooking at a few restaurants have been misunderstood and sensationalized.

Part of the reason for this misunderstanding is that these techniques alone do not recognize the scope of restaurant cooking's evolution in America and Europe. And part of the problem is that the new cuisine doesn't have a name. If "molecular gastronomy" is no good, though, what should it be called? The authors of the manifesto are right to say that "molecular gastronomy" doesn't define a style of cooking—sous vide and foam aren't anymore or less molecular than sautï¿´´ and stock. But the authors don't offer a meaningful alternative.

Much of what defines the new cuisine is not unusual chemicals or lab equipment but rather the quality of ingredients in restaurants. Whether microgreens and garlic roots, blue Araucana eggs and milkfed poulard, lamb raised on specially grown alfalfa or hand-made cheeses, the quality of the food available to the chef today is astonishing and unprecedented. And so are the care and thoughtfulness of technique and craft increasingly applied to these very special products.

This, more than foam and agar and immersion circulators, is what defines the new cuisine and justifies the Adria-Blumenthal plea for an understanding of this moment in food history.

In fact, the changes we're seeing now parallel changes that happened in France in the mid-1970s, when Gault and Millau coined the term nouvelle cuisine, most notably the emphasis on freshness and quality of ingredients, new sauce technique and artful presentation. Nouvelle cuisine fostered its share of travesties (as has socalled molecular gastronomy) and was ridiculed for small portions on huge plates. Nevertheless, the meaningful dictates that defined it have largely been assimilated in Western cuisine.

So, too, will the changes that have marked "The New New Cuisine" here and in Europe. Which makes the call by Adria, Blumenthal, Keller and McGee for a clearer understanding of this moment in history and the changes rolling through the food world important and timely, and their isolating the guiding principles of professional cooking—excellence, openness, evolution and integrity—particularly apt.