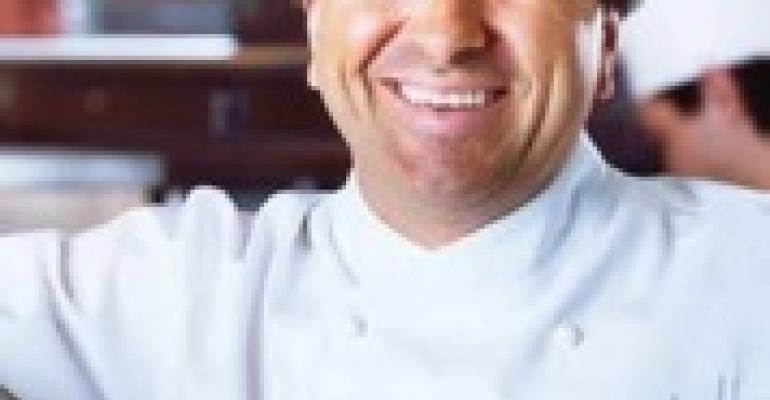 Keep A Lid On It

We understand why most contemporary cooks are quick to classify braising as an old-school technique that lost its relevance a long time ago. Few chefs bother to menu these gently simmered dishes anymore, and even a master of the art like John Hogan in Chicago chooses to downplay them in favor of straightforward steakhouse fare at his current job at Keefer's. It sometimes seems like braising is a dying art, kept alive by a handful of French chefs who learned the art at the knee of their grandmothers back in Europe and still offer a braised dish or two on the menus of the U.S. restaurants where they work now.

But one of that dwindling few is Daniel Boulud, and his new book about this slow cooking method—Braise: A Journey Through International Cuisine(Harper Collins; $32.50)—might start a revival. Yes, this much-decorated chef gives us his personal takes on the French classics—Braised Beef Shoulder with Red Wine and Bacon; Venison Shoulder with Sauce Grand Veneur. But these dishes serve as points of departure for a wide range of international braised fare, drawn from cuisines representing all parts of the globe. The message for readers: braising can be as hip and up-to-date as any other cooking technique, and not using it in fact limits your exploration of ethnic cuisines.

Boulud's arguments are just part of the equation. There are several practical reasons you want to tune up your braising skills.

The standard one is that braising is a great way to incorporate low-cost meats, even viscera, onto a menu, helping to keep your food cost under control. "Braising is as close to alchemy as it is to cooking," says Boulud. "It transforms inexpensive, tough cuts of meat, if not into gold, into succulent soft morsels. In fact the cheaper, more sinewy and more chewy the meat is to begin with, the more delectable its texture and the thicker the sauce after cooking."

That's all true, and there are plenty of low-budget meat-based beauties in Boulud's book. But he also gives readers 14 fish and seafood braises, 13 vegetable and bean items and nine dessert offerings, most of them based on equally thrifty ingredients.

Another reason relates to kitchen prep procedures. Many chefs tackle braised items as the first part of their daily routine, putting them into the oven before moving on to other parts of the meal. The braises are pulled before the serving sequence begins and hold well on the line. They dish up easily during busy service periods and, if held over until the next day, typically gain flavor during storage.

This isn't a big deal at most of Daniel Boulud's restaurants, where he still has a full kitchen-brigade level of staffing. But when it's just you and a couple of helpers grinding it out at your restaurant, braising is an excellent way to get a lot of work out of the way fast while still winding up with intense flavors.

Boulud often has braised dishes that feature humble ingredients on the menu at his flagship New York City restaurant, Daniel. A chef of his stature can get away with it, but you may wish to position these items as more rustic fare, priced to match. And we're betting you'll want to give many of these dishes a try, particularly the international ones. A good place to start? We recommend the Asian-Style Duck Legs a L'Orange, particularly if you're willing to make your own five-spice powder from scratch.