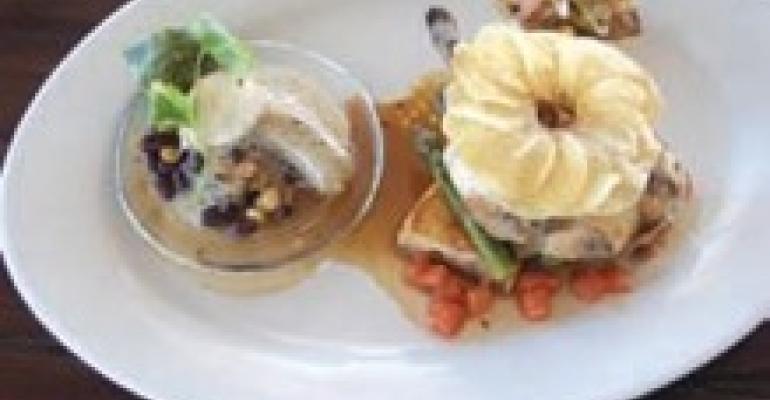 Forget those made-for-reality-TV cooking duels. The culinary competition you want to pay attention to occurs every other year in Lyon, France, where 24 chefs representing 24 countries from around the globe go head-to-head in the Bocuse d'Or. It's a two-day event in which contestants prepare two dishes apiece—one meat (this year, a Bresse chicken) and one fish (red crab and halibut from Norway) for a judging panel comprised of chef luminaries from the participating countries. Legendary French chef Paul Bocuse, who founded the event 20 years ago, presides over the whole works, and a raucous crowd lends a festive air to the proceedings.

Past editions of this event evidenced a strong home field advantage for whomever represents France, and the 2007 event was no exception. Favrice Desvignes, assistant chef for the Presidence du Senat in Paris, took home the title and the 20,000-euro prize. U.S. representative (and 2006 RH Rising Star) Gavin Kaysen, chef de cuisine at El Bizcocho in San Diego, finished in the middle of the pack, although his meat offering came in 8th place. Finishing in 24th and last place overall, as well as bringing up the rear for both meat and fish offerings, was the competitor from Russia.

The event took place in late January at Lyon-Eurexpo as part of SIRHA—the International Hotel Catering and Food trade exhibition.