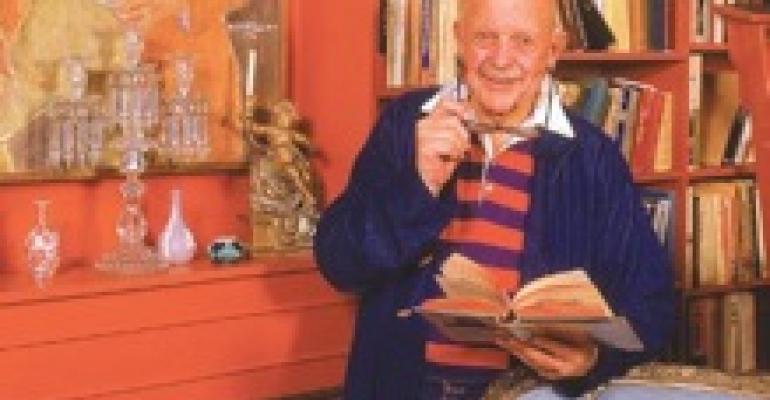 A History of the Foodies

If only they could go back and rename David Kamp's The United States of Arugula: How We Became a Gourmet Nation (Broadway Books; $26). This verbiage seems to suggest a lighthearted look at the wacky world of food, but Kamp's fine book delivers so much robust content it's worthy of a more dignified title. It tracks the development of foodie culture in the U.S. from the 1950s up until today, giving deep perspective on what we eat, where we eat it and how our expectations about the what and the wherehave grown exponentially over the years.

"This is a book about how food in America got better, and how it hopped the fence from the ghettos of home economics and snobby gourmandism to the expansive realm of popular culture," Kamp writes. "In truth, the American food revolution has really been more of a food evolution, a series of overlapping moments and subtle shifts, punctuated by the occasional seismic jolt."

Early suppliers of those jolts were Kamp's "Big Three"—Julia Child, James Beard and Craig Claiborne. Kamp argues, and you probably already knew, that this trio was massively influential. He digs deep, however, interviewing the people who worked with these three and finding out plenty we didn't know about where they came from and what they did to become the food icons they are today.

Similarly, his coverage of more recent food world figures relies heavily on exclusive interviews in which most subjects are strikingly more candid than you've heard them be before. Even better, Kamp is able to combine seemingly disparate restaurant people and events and weave them into a logical story line that shows the reader how we've gotten from there to here.

Ever wonder, for example, how the James Beard Awards came to be? Your answer is in this book. And if you're interested in what Wolfgang Puck and Barbara Lazaroff think about their restaurant ventures now that they are divorced, this is the place to find out.

Subjects really open up for Kamp, an editor and writer for both Vanity Fair and GQ. He knows what to do with the results, creating a well-written work of contemporary history that's laced with first-rate gossip—and in the food world, there's plenty of gossip to dish.

So how does the food world's future look to Kamp? "Like Beard, I'm an optimist where food in America is concerned— buoyed by how far we've come and eager to see where tomorrow will take us."

So are the rest of us in the full-service restaurant world, David. Thanks for giving us such an engrossing look at the past.

Even Jimmy Bradley has trouble describing the food he serves at The Red Cat restaurant in New York City. He tells readers they're getting "my idiosyncratic synthesis of the Italian-American classics I grew up on, crossed with the down-to-earth sensibility of my native New England and filtered through the no-holds-barred mentality of the New York City chef I've become."

But it's easy to characterize The Red Cat itself: perpetually full of satisfied repeat customers. Bradley's genius lies in inventing one- or two-star level dishes that hit the right note when served in The Red Cat's neighborhood-style dining room.

His book offers 125 recipes that run the full menu gamut from starters to desserts. Most can be classifiedas inventively rustic, a sweet spot in the market that's a step up from straightforward comfort food but not so intimidating or costly as full-blown fancy fare. Bradley turns out to be a chatty, low-key instructor, and you won't need dazzling technique or obscure and expensive ingredients to reproduce his food.

From the consumer's point of view, everyone should be so fortunate as to have something like The Red Cat in their neighborhood. From an operator's point of view, why not try to be that kind of restaurant? If that's your goal, Bradley gives you plenty to get started with here.

Forbes tabs New York City's Murray's as the world's best cheese store, and the enthusiasm and expertise of its proprietor, Rob Kaufelt, are on display in this handy, 230-page Zagat-sized guide. He presents informationdense, half-page writeups on more than 300 different cheeses, each with a suggested wine pairing. He also tells you what to look for when you buy cheese (i.e., the difference between "stinky" and "over-ripe," or "spicy" and "ammoniated") and spells out everything you need to know to present an admirable cheese plate at your restaurant. Take this book with you on your next cheese-buying trip.