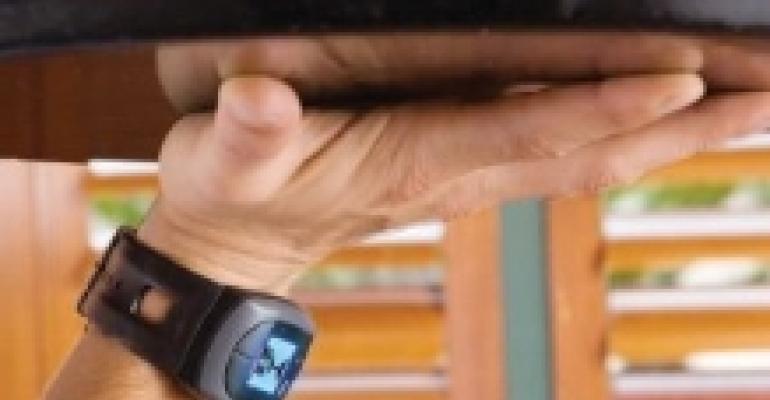 The Power of the Ping

Many operators have already gone a long way toward upgrading waitstaff/guest interaction, sinking major dollars into tech gear meant to streamline the service sequence. They favor wireless communication devices that let the front of the house stay on top of what’s going on in the kitchen, and vice-versa, while managers learn of potential bottlenecks in an instant.

Up until now, customers haven’t had access to these increasingly sophisticated in-house networks. If they wanted something, they had to flag down a waiter or catch the manager’s eye. But now there’s a new wrinkle: in-house wireless communications systems that connect customers to staff.

On its surface, it’s hard to project how this concept might work in the real world. It certainly sounds like a fabulous idea that will enhance your restaurant’s service efficiency while simultaneously enabling patrons to customize their personal dining experience. On the other hand, giving customers a device by which they can ping their server every single time they want attention sounds like you could be asking for trouble. On busy nights, or with certain sets of customers, it could be a whole lot of trouble.

The early returns, however, seem promising. Thirty-two unit Fatz Cafe was the first full-service chain to roll out ESP Systems’ wireless Guest Customized Service system (both Fatz and ESP systems are headquartered in Charlotte, NC). Fatz went systemwide with it after a 30-day test that increased table turn times by more than 10 percent. More importantly, customer surveys demonstrated overwhelmingly that guests loved it.

“It” being a small, tabletop wireless device dubbed an “ESP Hub” that connects them to their server and all other front-ofthe-house employees. Ready to order? Need a refill? Want the check right now? Just ping your waiter and he or she will be there in a flash.

Servers get the message via a watch linked wirelessly to the hub on each of their tables. Ninety percent of guests in the Fatz Cafe test said the setup will prevent “loyalty killer” experiences that have led them to never return to restaurants.

Because managers are linked in, too, the system paints a vivid picture of who’s getting it right, or not, among the waitstaff.

Other chains are giving it a try. Northeast Concepts, a T.G.I. Friday’s franchisee, put the system in its 12 Pennsylvania and New Jersey units earlier this summer. Last month, Casual Restaurant Concepts, a Tampa, FL-based Applebee’s franchisee, installed it in its 28 restaurants. In both cases, the restaurant owners were impressed with increased guest satisfaction and waitstaff efficiency once the system went in.

Is there a downside here? Two potential ones stand out.

First, the Hub device gives your restaurant’s tabletop a tech-centric look and feel—a plus in some operations, a mood-wrecker for many others.

Waitstaff turnover might be a second issue. Over time, some servers might rebel at the notion that their manager and every single customer will be monitoring their performance at every single moment, all shift long.

In this setup, everyone gets to customize the waiter’s job except the person doing it, who must respond every time his or her wrist device goes beep.

That’s the possible drawback of this system. The sizable upside found in early tests may well outweigh it.