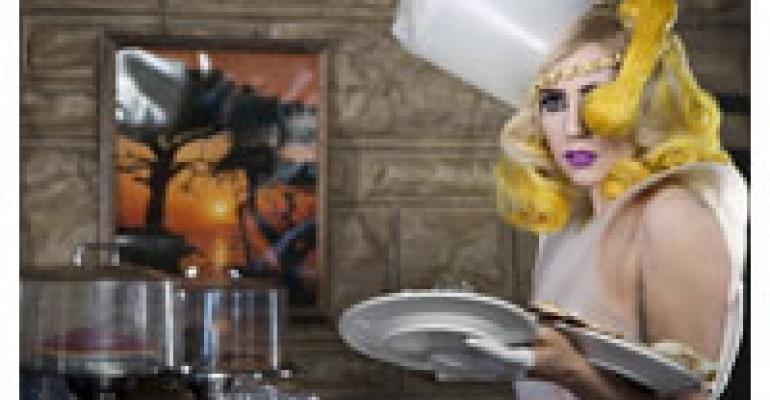 Now that Lady Gaga has become a full-service restaurateur by buying into Vince & Eddie’s in New York City, her fans will soon be mobbing her operation. So how come the place is still offering $25 gift certificates for $10 over on the restaurant.com website? We hope she has better luck than her fellow pop diva Britney Spears did with her midtown Manhattan restaurant NYLA, which closed in a hail of lawsuits and unpaid bills shortly after it opened.

Vince & Eddie’s is located on W. 68th street on New York’s Upper West Side, just a couple of blocks away from where Lady Gaga (real name: Stefani Germanotta) grew up. She’s chosen to be a silent partner in this venture, with the lead partners being her parents. Her father has a business installing wi-fi in hotels, while her mother was a vice president for Verizon.

Here’s how the restaurant, founded in 1988, describes itself on its website: “Our restaurant is known for specializing in American, continental and Italian cuisine. It is described by Zagat as a ‘cozy New England cottage.’ We are also known for the mouth-watering preparation of our eclectic recipes. Family-owned and operated, we have a year-round atrium courtyard as well as our three themed dining rooms.”

In other words, it’s a solid restaurant with good food and a strong neighborhood clientele, but nothing fancy. So what’s the appeal to Lady Gaga? “When she’s in town she likes to come here with her friends because it’s very homey and private,” her mother tells W magazine. “She’ll come here on her time off.”

We don’t know how homey and private it’s going to be when Lady Gaga’s worldwide fan base starts hanging out there hoping to catch a glimpse of the pop star. But you can bet that business will skyrocket.

Let’s just hope it skyrockets in a different direction than the Britney Spears-owned NYLA did. Unlike Lady Gaga, who is buying into an operation with a lengthy track record, Spears went with a brand-new concept whose menu meant to blend together the culinary influences of New York—the NY in NYLA—with those of her native Louisiana—the LA. The result was such forgettable choices as vegetarian hominy stew and Southern sushi. Things got so bad at the end that Spears, the celebrity owner, had to release a statement declaring that she had no involvement in the restaurant’s operations.

We wish Lady Gaga good luck, and we know it will be fun to watch how her restaurant venture works out. One word of advice: don’t wear the meat dress to work.