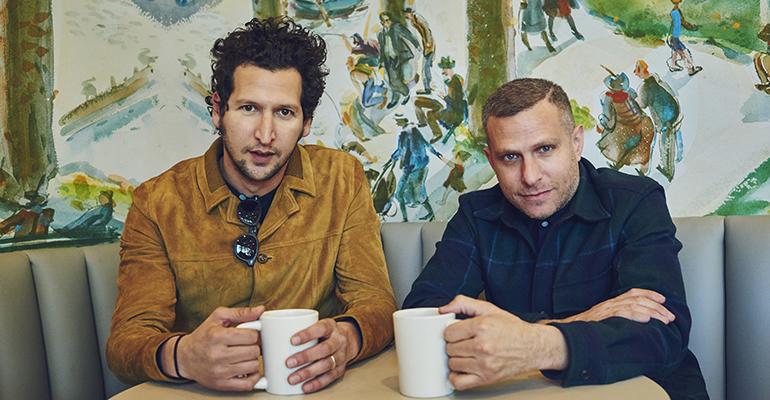 Winsome makes itself at home in the neighborhood

Restaurants in residential apartment buildings are common in most major cities, but less so in Los Angeles, where some of the finest dining spots are more typically located in strip malls, hotels or office buildings.

The new restaurant Winsome, however, opened recently in The Elysian, the former headquarters of the Metropolitan Water District, designed in 1961 by architect William Pereira. He also conceived the Los Angeles County Museum of Art, known as LACMA, and the TransAmerica building in San Francisco. The Elysian is now home to 96 apartments in the L.A. neighborhood of Echo Park.

Owned by Marc Rose and Med Abrous, who also operate the cocktail lounge The Spare Room, and last year bought the Jewish-influenced Chinese restaurant Genghis Cohen, Winsome is designed to be a neighborhood restaurant, similar to those commonly found in New York apartment buildings.

“We grew up in New York City and were inspired by those neighborhood restaurants that you’d go to with family and friends,” Rose explains. “In my experience in L.A., there is a lack of these neighborhood staples. We felt like this neighborhood in Echo Park deserved a restaurant to call their own.”

Rose and Abrous brought in executive chef Jeremy Strubel, formerly of the L.A. restaurants Rustic Canyon and Quince, to helm the kitchen. The restaurant will serve breakfast, lunch and dinner, with takeout available from a walk-up window.

Winsome will open with only breakfast and lunch service initially, with dinner to be added about two months in.

Strubel, a native Angeleno, described the menu as reflecting the culturally diverse city, with influences from Southeast Asia, Korea, Mexico, Italy and France.

“A big part of L.A. culture is that diversity and the menu will reflect that,” he says. “Each dish will have its one focus and direction, so it’s not necessarily fusion. But we’ll take cues from around us.”