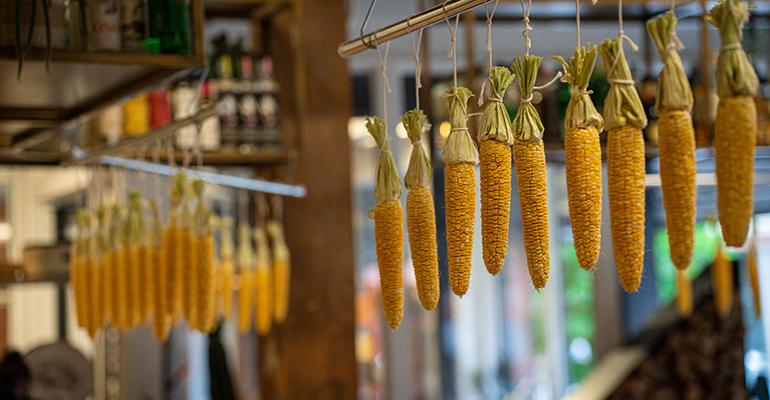 Over the past 12 years Mara King has given lectures, taught about fermentation, and helped produce a series of short films on Chinese fermentation practices called "People's Republic of Fermentation."
Trends>New Restaurant Concepts

Why chef and restaurateur Kelly Whitaker hired a fermentation specialist

At Id Est Hospitality Group in Boulder, Colo., the idea of turning what often gets looked at as waste into something great to eat or drink started with bran, the byproduct of the company's whole-grain flour that gets made at its mill.

"For high performance we sift the flour, and the result is this bran, and it's beautiful, it's organic, and it was applicable to all the kitchens," said founder and chef Kelly Whitaker, who had been using it as compost for gardens and to trade to mushroom farmers for fungi. "You sell a pound of flour for $1, but if 10% is bran it brings the cost up to a $1.50, so we thought, why don't we have someone that can create this value?"

Now, that bran gets used at one of the group's restaurants, The Wolf's Tailor in Denver’s Highlands neighborhood, to make Japanese nukadoko, a bed of bran used for pickling. Often the technique uses rice bran, but King and Whitaker didn't see why wheat bran couldn't work. A bran pickle indeed is on the menu, gracing many of the dishes at the seasonal New American restaurant.

"Overall, Mara came in to create a use for the 'other products,' we don't like to say waste," said Whitaker. 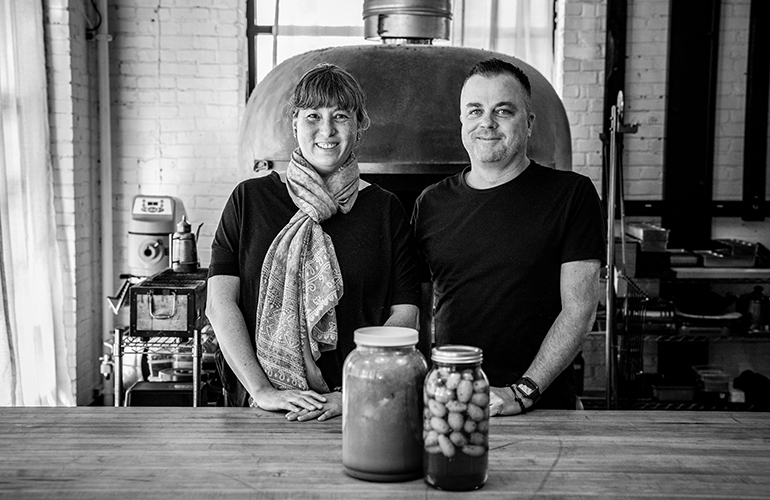 King, who is also a chef, has a long history in the preservation and fermentation business. She was co-founder of Ozuké, a fermented-foods business, which she ran for 10 years before selling it. Over the past 12 years she has given lectures, taught about fermentation, and helped produce a series of short films on Chinese fermentation practices called "People's Republic of Fermentation." And now, she can add director of fermentation to her credentials.

"As a fermenter, one of the first things Kelly wanted me to dive into was seasonality," said King. "We live in Colorado and it has a short growing season compared to other places in the world."

In a climate like that, preserving food is key for a seasonal restaurant.

The first thing King did in her position was start a large preservation project, using the local farmers to help fuel ideas. At Bruto, Whitaker's Latin-global concept in downtown Denver, they made dried persimmons using a Japanese technique.

"This was really the beginning of getting my hands on the concept of zero waste and circular thinking when it comes to food and foodscapes," she said. "We peeled 200 persimmons and then saved the peel, which I used to make fruit wine that then became fruit vinegar."

The second project she worked on was making hot sauce using more than 100 types of chiles with chef Michael Diaz de Leon, who is the head chef of Bruto. First, they separated the beautiful capsicum into colors and types. Then, they peeled around 90 pounds of chiles. Some were preserved, some got roasted and frozen, and others were dried.

"Michael and I then came out with another item, fermented condiments, and now [one has] become a signature part of Bruto's lineup: a chile mirin with mezcal," said King, adding that they had been using leftover Colorado millet to make miso, which was used to create the mirin. 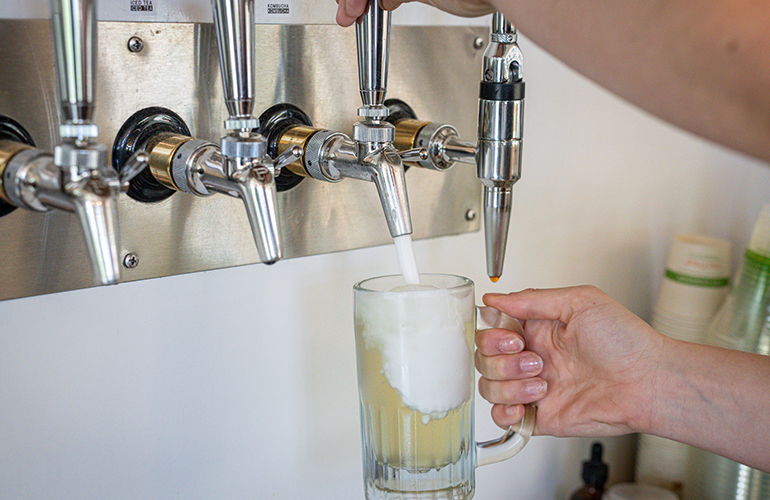 "It was phenomenal, and it became something we came back to often as a basic ingredient."

Whitaker didn't just hire King to make tasty foods, he hired her to help find ways to use every part of the food and reduce the waste.

"Kelly is a very environmentally aware individual and he prepares good-tasting food, but also good-intention food. It's part of the direction of his group," said King. "It's like, this is what we cut off of that product, and what can we do with it?"

Whitaker said that, before hiring King, he was getting "okay food costs," in the 32% range. "But when I started teaching food waste we dropped to 22%," the chef said. "Things got created, so we stopped teaching food cost. [Now] we teach food waste, and the numbers take care of themselves."

Other examples of King’s work include a pickle plate that’s on the menu at Basta, Whitaker's Italian concept in Boulder, and the kvass, a lightly fermented Eastern European beverage, that’s made from leftover bread and is on tap at The Wolf’s Tailor.

King, who has been with Id Est for a year, said that her job is all about working with great ingredients and talented individuals, and preserving the season. She added that she works as support staff for the chefs at all three of the restaurants, in the bakery, and at the company's mill.

"The chefs will come and say, 'This is what I am looking for,' and we figure out how to get there in the tastiest way possible," King said. "I feel like I am just getting started."