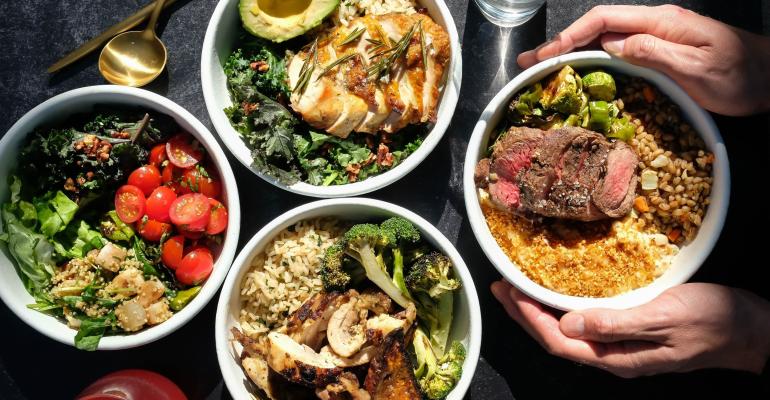 Tampa, Fla. is already a bustling city with a vibrant dining and nightlife scene, but an ambitious new project is increasing options for residents and visitors. Water Street Tampa is a new mixed-use development transforming 56 contiguous acres on Tampa’s waterfront into an entirely new neighborhood.

Strategic Property Partners’ goal was to attract unique concepts that respond to the needs of the community and enhance the cultural fabric of downtown Tampa.

Schaffler said that many local and national chefs and restaurateurs sought to expand or establish their first outpost in Tampa Bay because they wanted to be part of the Water Street community.

Single-unit concepts will be joined by national brands, including a Wagamama location and a Jeni’s Splendid Ice Creams store.

“We’re creating a new culinary destination within Tampa, and we’re opening exceptional restaurants that fill the daily needs of people who live and work here,” Schaffler said. “That means coffee shops and breakfast spots, grab-and-go lunches, upscale dinners, and everything in between.”

Rather than a one-size-fits-all approach, each of the restaurant spaces is designed by the tenants for their specific use and brand. They range from 800 square-feet to about 7,000 square-feet, with the average space registering approximately 2,500 square feet.

Water Street Tampa will soon be home to the city’s first five-star hotel, when the 172-room The Tampa Edition opens later this year. It offers seven unique food and beverage concepts, with chef John Fraser curating menus at three of the hotel’s restaurants. Fraser also runs restaurants in the Times Square Edition in New York City and the West Hollywood Edition in Los Angeles.

This is just phase one: The multi-phase development will continue over the next several years as Tampa’s waterfront undergoes a dramatic transformation.

“Tampa has experienced incredible growth over the past few years,” said Schaffler, “and Water Street Tampa has given the city more retail and better connectivity so people have more reasons to visit and stay downtown.”