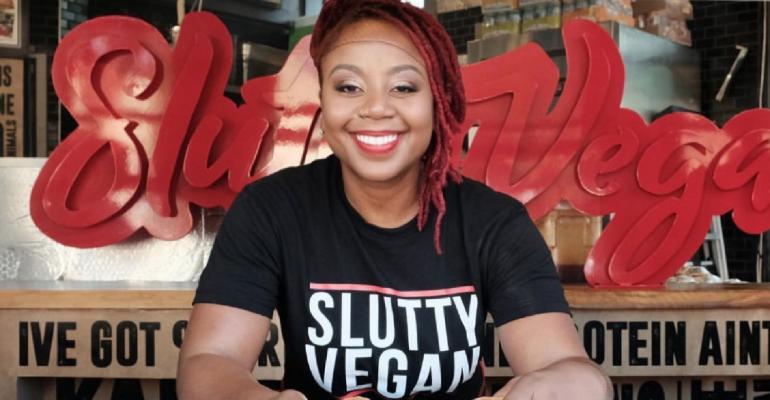 “I’m not a politician but I see issues and I feel like I could use my platform to help effect those issues,” Cole told Restaurant Hospitality. “Slutty Vegan went on a 17-city tour and I saw so many people were standing in line to get our burgers and I realized I could I use my platform to get people to vote. I partnered with a local chapter of the NAACP to get people to register to vote and a lightbulb went off for me like ‘what else can you do to get people involved in the issues happening in America.’”

Her goal was to get people excited about voting again, whether they were voting blue or red.

She especially thinks it’s important to get involved as a black female entrepreneur.

“I’m a restaurant, I sell burgers and fries but I’m bigger than just a restaurant, I’m an advocate for change,” Cole said. “[…] People are proud to see that someone who is like them ,young African-American woman from east Baltimore that started a concept that has grown overnight is able to reach back and help those that need help and reach back and get people excited about voting.”

Watch the video below to learn more about Pinky Cole and her VoteNik initiative.