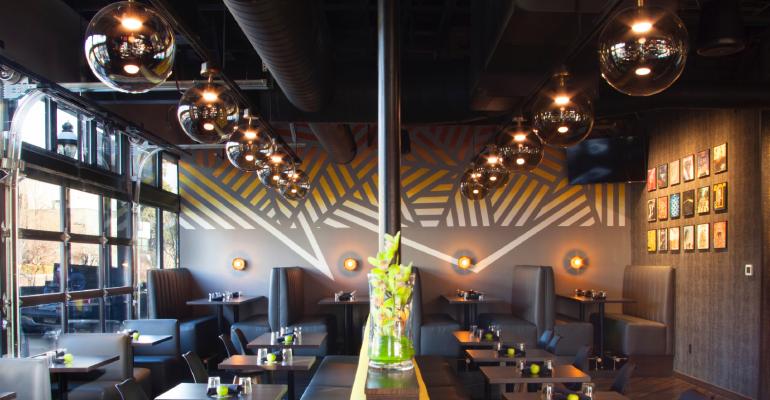 Mike Campbell
FNG reopened on Wednesday with a new look after being forced to close due to labor shortages in the restaurant industry.
Trends>New Restaurant Concepts

Troy Guard’s restaurant FNG reopened in Denver this week with a new menu, design and chef de cuisine. The restaurant, operated by Guard’s TAG Restaurant Group, is in the heart of the Denver Highlands neighborhood.

The restaurant closed early this summer due to a nationwide labor shortage, but has now officially reopened, inviting guests back to the bistro concept.

The new FNG features a more food-focused and chef-driven menu that Guard and chef de cuisine Charles Rivera have been working on together. Rivera is new to the position.

“We took the opportunity while FNG was closed to reevaluate the brand and talk to neighbors and community members about what they wanted in their spot,” Guard said in a release. “I had been feeling for some time that the Highlands neighborhood needed something more food-forward, a bit elevated with a more upscale atmosphere.”

The menu centers around the concept’s wood-fired grill, where fresh focaccia is baked daily. Appetizers include the Bison Agnolotti (ricotta, adobo butter, onions, and cilantro) and the Bologna Sliders made with mortadella di bologna, arugula, ruffles, and 1000 island. Entrees include Barramundi, a pan-seared skin-on fish filet, with stone ground grits, and a cherry tomato reduction and handmade Papparedelle, with sweet corn broth, wood-fired broccolini and caulilini, pistou, sambal, pine nuts, and grana Padano.

“From a food perspective, I also wanted to go back to my roots a bit and create a menu that’s exciting but also familiar and comforting,” Guard said in a statement. “It’s been a hard couple of years for everyone, and I just want to bring that comfort back in the form of food.”