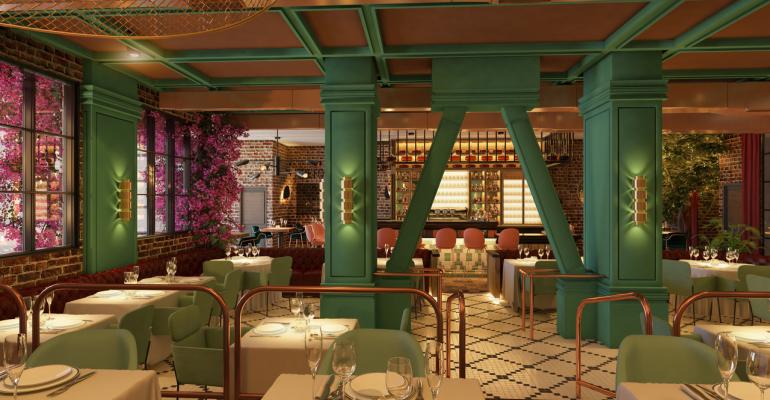 Tatel is set to make its U.S. debut this September in Beverly Hills.
Trends>New Restaurant Concepts

Tatel, a restaurant from Spain, to open in Beverly Hills with the help of sports legends Cristiano Ronaldo, Pau Gasol and Rafael Nadal

The traditional Spanish concept’s new unit will be its first in the U.S.

A new restaurant backed by some serious Spanish sports legends is arriving Sept. 21 in Beverly Hills: Tatel. The unit will be the first U.S. outpost of the Spanish restaurant, which has locations in Ibiza and Madrid.

And it’s not just the financial side that has some serious names behind it; Tatel’s kitchen is being run by Michelin-starred chef Luigi Fineo. Fineo received the Michelin star in 2008 while operating as the executive chef at Chef at La Botte Ristorante in Santa Monica, Calif., a first for the restaurant. That made Fineo the youngest chef to receive the honor.

While the U.S. menu is not public yet, the Spanish menu features items like a truffle omelette, rice with King Prawns, roasted monkfish with a rice emulsion and King Prawns, steak tartar and Iberico Ham.

Tatel’s interior will feature large windows and terraces, much like the two locations in Spain, all influenced by the roaring 20’s or, as they call it in Spanish, “Los Dorados 1920’s.”

The first Tatel opened in Madrid in 2014.