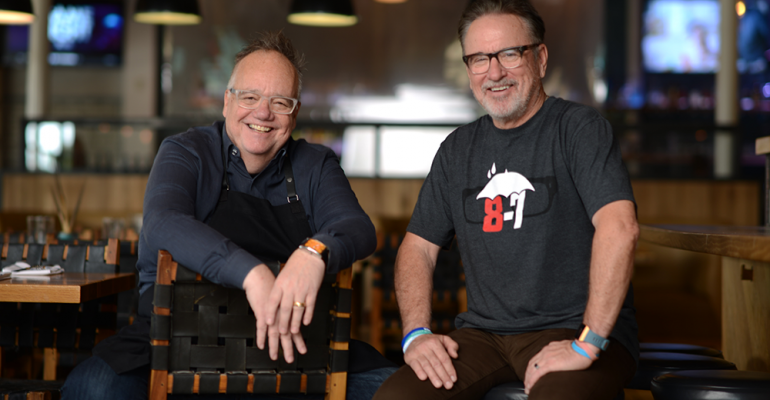 Chicago Cubs fans grew up eating fast food and hot dogs in Wrigleyville, but that’s been changing — along with the Cubs’ luck. Foodservice contractor Levy Restaurants has teamed up with Cubs’ World Series-winning manager Joe Maddon and chef Tony Mantuano of Michelin-starred Italian restaurant Spiaggia in Chicago to open Maddon’s Post in May.

The two-story, 7,400-square-foot restaurant is set to open in May, with the second floor serving as a private event space dubbed The Flamingo Room.

Maddon’s Post’s menu has been taking shape, and you can be sure it’ll make use of dual wood-burning ovens and a custom hearth. Dishes have been teased and are said to be plays on Maddon’s childhood food memories of cabbage and noodles — but elevated.

“When we started talking about a menu, Tony and I both kept coming back to these homegrown first-generation dishes that we grew up with,” Maddon said in a statement. “We wanted to take these simple recipes that brought everyone together around the dinner table and put our twist on our childhood favorites.”

“We’re combining the idea of Polish and Italian food as a tribute to our respective roots,” Mantuano said in a statement. “This is the kind of cuisine that wasn’t so much restaurant-driven but passed down through several generations of family cooking in home kitchens.”

The Polish-Italian influence also pays tribute to the rich culture found in Chicago’s many diverse neighborhoods.

The two cuisines will come together on one charcuterie plate to start the meal, with smoked kielbasa, cured sausages and hams and a rotating selection of Italian charcuterie Finocchiona, hot sausage sticks and salame nostrano, all accompanied by pickled veggies, chow-chow, seasonal jams, mustard and grilled bread.

Mantuano will bring his pasta-making skills to Maddon’s Post and will translate those talents to the beloved Polish staple, the pierogi.

The dessert menu will feature paczki, a Polish doughnut stuffed with a rotating cast of fillings including strawberry cream and peanut butter-banana.