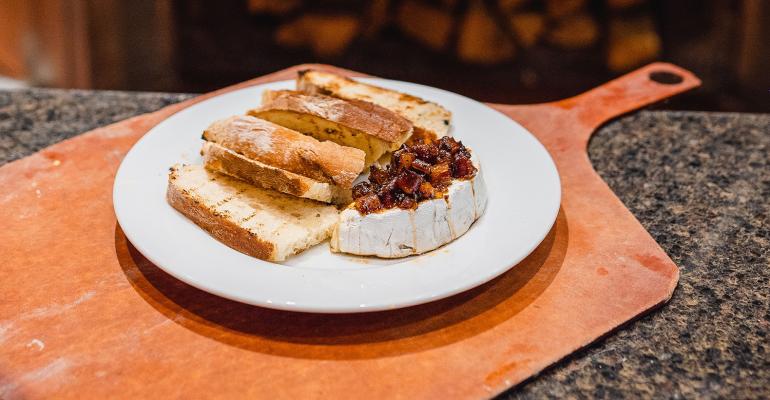 The restaurant seats 150 people, including the patio, and the typical guest check runs in the $22-$25 range.
Trends>New Restaurant Concepts

Morrissey Hospitality is a second-generation, privately held hospitality management business in the Twin Cities area of Minnesota. The company’s multi-faceted client base spans hotels, event venues and restaurants for which it provides a variety of services including daily operations, marketing, human resources, accounting and information technology, and now it’s trying its hands at restaurant ownership.

The restaurant seats 150 people, including the patio, and the typical guest check runs in the $22-$25 range. The dining room is full of warm turquoise and mural-covered walls, with lots of natural wood, and a patchwork of colored booths. 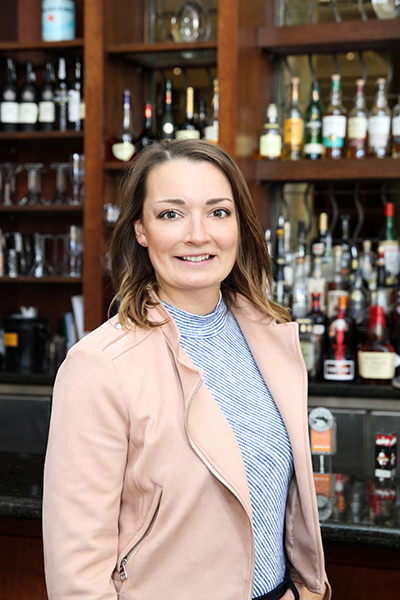 Currently the company has partnerships with 11 restaurants plus three hotels, three event centers and a distillery in River Falls, Wis.

Brown who has led the company since 2018, has played a major role in the company’s growth; her previous positions in the company included operations manager and director of special projects.

She has a hospitality degree from the University of Denver, and besides her work at Morrissey she worked as food and beverage manager at New York City’s Waldorf-Astoria hotel, and also was in the sales division at Johnson Brothers Liquor Company, managing 35 of the Twin Cities’ top restaurants and hotels. She’s also a Certified Specialist of Wine.

Brown assumed leadership at Morrissey following the death of her father, St. Paul native and longtime hospitality professional Bill Morrissey. During his 20 years with the company, Bill Morrissey and his team helped to create iconic brands throughout the Twin Cities and Upper Midwest.

Although Momento is new, Morrissey has owned the space since 2018, when it was an Italian restaurant called Pazzaluna that the company had helped to conceive and continued to manage.

“We eventually realized full ownership of [the business] and still own it,” Brown said, adding that her father came to understand that the company needed some “skin in the restaurant game, too.”

Although Pazzaluna has been rechristened as Momento, Brown said they hope to open Pazzaluna at another location someday.

A note on each menu tells customers that a 4% surcharge (not a tip) assists in Momento’s efforts to provide sufficient wages and benefits to attract and retain top employees. This has become pretty common practice among restaurants as they seek to cope with rising costs while not scaring customers away with higher prices.

Although the surcharge can be removed upon request, “Customers have reacted very positively to this, to assist with rising restaurant costs,” Brown said. “The labor market is very competitive, so it’s also important that we offer health and wellness benefits [to employees].”

Community-driven service is another important company focus. A leader in Twin Cities philanthropy, the company provided 16,000 meals to first responders and front-line hospital staff during 2020.

Morrissey Hospitality also partners with the Boys & Girls Club of the Twin Cities. During 2020-2021, the team also prepared and provided 47,000 meals to families in need. Morrissey Hospitality has participated in the annual Light the Night event for Leukemia & Lymphoma Society, too. 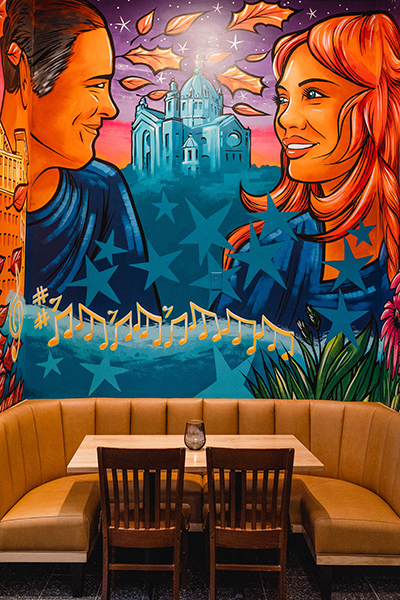 “You have to be stewards of the market that you operate in,” she said. “It involves the employees who live in the community too.”

From a business perspective, Brown said that having such a diverse portfolio affords insight into customer markets across a wide demographic, and also gives staff a chance for upward mobility.

“It really provides a great development opportunity for our employees, too, which helps with our retention,” she said.

In addition, working with multiple restaurants often allows Morrissey Hospitality to leverage bigger buys of items while addressing critical restaurant operations costs. On the other hand, “Finding true, similar, cross-efficiencies among 12 unique restaurants can be a challenge,” Brown said. “Software helps to streamline efficiencies, but you need to stay true to each individual brand, versus working with a franchise brand.”

Nearing 27 years of operation, Morrissey Hospitality isn’t actively seeking growth in 2022. But Brown sees the company and its current leadership team continuing to lead in the hospitality services realm while expanding to markets in surrounding states.

“In terms of growth of other markets, we do see restaurants growing in our portfolio,” she said. “Food and beverage is critical in the hospitality sector.”

CORRECTION: This article has been updated to correct the spelling of Momento.