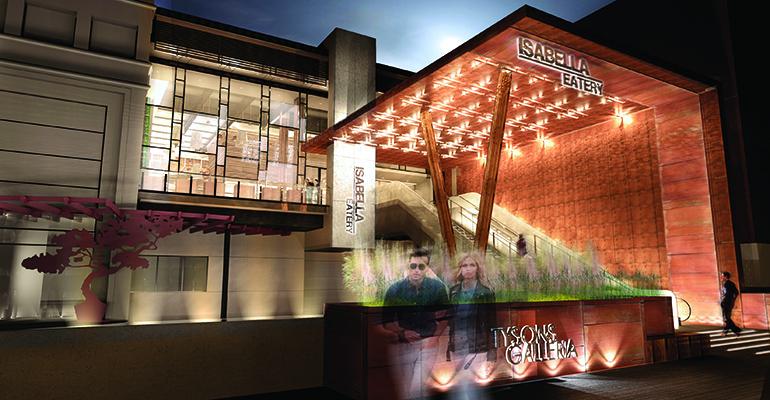 Independents innovate, chains imitate. The great ideas start small, then build momentum and spark knockoffs. We surveyed the landscape and put the spotlight on four concepts that have potential to alter the dining scene in a variety of ways.

Trestle: Steal of a Meal

San Francisco is one of the liveliest and possibly most fickle restaurant markets in the country, with new spaces popping up regularly and a youthful, food-obsessed audience always seeking the next new thing. So the Hi Neighbor restaurant group partners took a risk when they opened Trestle, promising “the return to a proper meal.” That translates into three well-prepared courses for $35—an amount that might cover just the entrée elsewhere in the city.

Turns out a lot of people out there were looking for something just like this. The phone has not stopped ringing since Trestle opened in a tiny space at the edge of Chinatown, North Beach and the financial district. A three-star review from the San Francisco Chronicle’s critic Michael Bauer was icing on the cake.

The menu—three courses with only two options for each, with an optional pasta course—was inspired by and dependent on the space, 2,300 sq. ft. with “maybe a 200 sq. ft. kitchen,” partner Ryan Cole estimates. With 48 seats, the room is snug.

“We figured we could do six or eight dishes,” Cole says, “so we asked our chef, Jason Halverson, ‘can you do a three-course menu for $35?’ and he replied, ‘I’ll figure it out.’”

The Hi Neighbor team decided serving a simple, well-executed menu and getting lots of people through the door were the keys. So how do they do it?

Faster table turns help. “When you have so few choices, it’s naturally a fast meal,” Cole explains. Guests know they aren’t paying for a three-hour experience. Typically parties spend 90 to 135 minutes at dinner, which allows an average of three seatings a night.

A goal of zero waste is also a factor. “I know that we are going to sell 50/50 of what we have on the menu,” Cole says. Ingredients purchased for one day are often repurposed the next. The menu changes every day, but not completely. An empty walk-in cooler is a good thing, Cole says, because “the less product you have in the restaurant, the lower the costs should be.”

Avoiding the veto vote is another strategy that’s necessary, and working. “San Francisco is the home of all allergies and dietary restrictions,” Cole says. So Trestle’s menu, despite its brevity, always has a fish or a meat choice, at least three vegetarian options so vegetarians can have a three-course meal, and gluten- and dairy-free choices. Guests go in knowing there won’t be a lot of variety, but that doesn’t seem to matter. One of the biggest compliments is when guests say they tried something they wouldn’t have eaten normally.

Would this work elsewhere? “You have to know your market,” Cole advises. “We don’t have full liquor—in San Francisco it’s kind of the norm to have beer and wine—but if we did that would change the speed and effectiveness, and the business model.”

Café ArtScience: Play With Your Food

No doubt many of the guests clientele at Café ArtScience in Cambridge, MA, book a table there so they can brag to their friends about the experience. The slick, uberstylish restaurant delivers a French-American menu with a heavy nod to technology. The 72-seat dining room, 26-seat bar and 60-seat private dining space make up a sprawling 13,000 sq. ft. complex alongside Le Lab, an incubator meant to mix art, design and science. Together, they are the brainchild of Harvard bioengineering professor and inventor David Edwards, creator of, among other things, inhalable chocolate (sniff).

The scene, ripped straight from Woody Allen’s futuristic sci-fi comedy, Sleeper, is well-suited to its home in the backyard of MIT and Harvard. It’s not your typical guest experience. Instead of a ho-hum uneventful restaurant experience, guests at Cafe ArtScience might encounter one of the following:
• WikiPearls, edible pods that contain frozen yogurt, butter, etc.
• An Aero Pod: inhalable caffeine, vitamin C or melatonin that coats one’s tongue.
• Behind the bar, tucked in amid the usual rack of bottles, there’s a centrifuge, for clarifying juices, and a rotary evaporator that distills essences of cigar leaves and other ingredients.
• A “mad scientist” bar format where drinks like a Manhattan arrive in vapor form, infused with cigar essence and Scotch via one of Edwards’ inventions, a gizmo called Le Whaf.
• An iPad-controlled oPhone, one of Edwards’ inventions, releases a puff of scented air with the flavor notes found in coffee (e.g., fruit, cocoa, tobacco).
• Ice cubes studded with candied violets change the flavor of the drink as they melt.
Oh, and there is actual food. The menu includes down-to-earth fare such as beef carpaccio, duck confit, pork belly and poached tuna nicoise salad.

“We’re hoping that this is an environment where the future of food is being curated in a very long-term sense,” Edwards told the Boston Globe. “Food is the Internet of the current moment. There’s a lot of creativity going on. It’s a forum of exchange.”

We don’t expect Café ArtScience clones to start materializing in every major city. But some of the space age stuff going on here could give any forward-looking restaurant a needed shot of energy—and, at the very least, give everyone something to talk about.

When completed next summer, the 600-seat Isabella Eatery food hall will encompass almost the entire third floor of the upscale shopping center, Tysons Galleria, in McLean, VA. General Growth Properties, which owns the mall, approached Isabella in 2014 and proposed a partnership in which Isabella would launch and manage a food hall in the space featuring concepts from various chefs and restaurants from around the DC area. Isabella would receive a percentage of the sales.

But Isabella wanted to go all in. He countered with a proposal to lease and operate the entire 41,000 sq. ft. space on his own. GGP agreed. “At the end of the day, I’m responsible for the rent, the bills, everything, but I get to do it my way,” says Isabella. “It’s more risk, but I thought it would be amazing.”

Another game-changing aspect of the project is a service model that differs from conventional food courts or food halls. Diners in the 300-seat common area have the option to order table service from the five concepts in the area. These concepts (some created expressly for the Galleria project, some offshoots of existing MIC restaurants) include Arroz (tapas), Pepita (cantina), Requin Raw Bar (oysters), Yona (noodle bar) and Octagon Bar (Prohibition-era cocktails). Separate concepts that will feature their own dedicated seating will include: Graffiato (Isabella’s flagship pizza and panini concept), Kapnos Marketa (Greek spit-roasted meats), Non-Fiction Coffee (coffee and pastries), Retro Creamery (ice cream) and Trim (upscale Mediterranean).

A culinary director will oversee operations, assisted by a team of general managers. The g.m.s will oversee assistant g.m.s and floor managers. Between 300 and 400 hourly employees will also need to be hired.

In the back of the house, an executive chef will be assisted by “lots” of sous chefs, says Isabella. There will also be a dedicated purchasing receiver for all 10 concepts. A 10,000 sq. ft. commissary and central kitchen will take care of all of the receiving, and much of the storage and prep for all of the concepts. Each concept will have its own kitchen as well, and dishes will be finished on those individual lines.

“This is by far the biggest project we’ve ever taken on,” Isabella adds. “But I think we are uniquely positioned to succeed here . . . Each of our other openings and events have paved the way for this.”

The Gander: One Space, Two Faces

It took about a year after opening The Gander for chef/owner Jesse Schenker to figure out what he wanted the New York restaurant to be when it grew up. Today, two largely separate concepts share a single large space: one appealing to fans of Schenker’s serious food, the other a more casual, less expensive sibling where a different set of fans could chill and throw back some Brisket Tots and Buffalo Sweetbreads.

The Gander opened in the city’s Flatiron district in 2014 as a casual, neighborhood-oriented foil to Recette, the 38-seat, more sedate West Village space that won Schenker notice as a rising star chef by the James Beard Foundation and Forbes.

The Gander pulled in the after-work crowds and the weekend groups looking for good food and an informal vibe. But some of Recette’s audience turned up at the Gander’s door as well, seeking out some of the more refined dishes that had won them over.

It took a change of management, taking the pulse of the new neighborhood and listening to guests before Schenker was comfortable tweaking The Gander. He decided on two separate concepts—the Bar Room and the Dining Room—with their own menus, tabletop décor and art. The 56-seat Bar Room offers an all-day bistro-style menu with sections called Bread & Snacks, Cheese & Charcuterie, Vegetables, Pastas, Fish and Meat and nightly large format feasts served family-style. Most items are in the $10-$25 range. Food is served on mismatched wood and marble slabs along with bold and pastel-glazed dishes. The music is louder and rowdier. The 70-seat Dining Room, on the other hand, serves a seasonal a la carte menu and a four-course prix fixe menu ($68 a head) at larger tables, with quieter music, sleek dishes, artful plating and a 650-label-plus wine list. Entrees run $30-$45, appetizers $15-$25.

The ingredients are the same quality, but the presentation, portion sizes and service are not. Some of the dishes are the same. Spaghetti and clams, for example, appears on both menus but is served in different styles and portion sizes.

Schenker says the arrangement reflects personal preference as well. “Some nights my wife and I go to a bar, other times we sit in a three- or four-star establishment and might be there for three or four hours.”

The new arrangement at The Gander was launched in March, so it’s too soon to tell whether it will be a hit. Most of the walk-ins choose the bar; most of the reservations are for the dining room. “We’ve definitely seen a significant increase in our bar business,” Schenker says. “A lot of people have been coming in for drinks, then dispersing either to go have dinner elsewhere or to eat here.” Either way, The Gander is now making both camps happy.