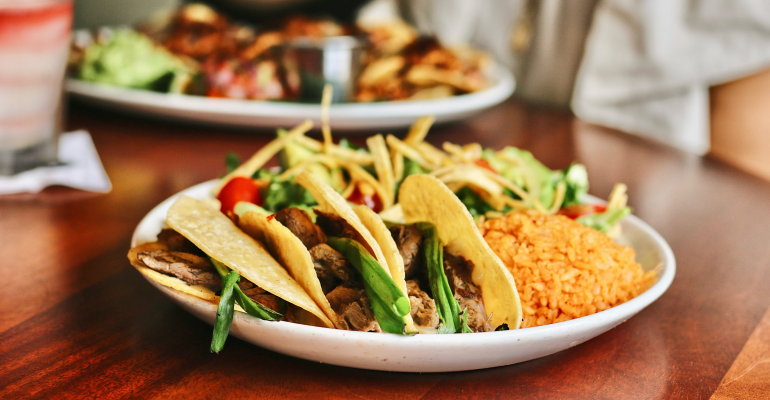 M Crowd restaurant group has staked its claim in North Texas with 21 Mi Cocina restaurants throughout the region, along with another in Tulsa, and two other concepts — The Mercury in Dallas and Taco Diner in Lake Highlands in Northeast Dallas.

But the Tex-Mex restaurant group will soon be expanding its borders with the opening of a 23rd Mi Cocina location in McKinney in the spring, and then opening restaurants in the Houston market for the first time after that. Houston’s first Mi Cocina will arrive next year, with an estimated opening date of Sept. 2023, though the exact location has not yet been disclosed.

M Crowd CEO Edgar Guevara said that Mi Cocina is always looking to expand its brand and its footprint, but without sacrificing what got them to where they are: a quality staff and a menu featuring fresh ingredients.

“Those things are key, and ideally, we’d love to share that with as many of our neighbors as possible,” he told Restaurant Hospitality.

To help the company achieve its expansion goals, M Crowd hired a senior development expert to strategically chart this course. Houston is up first, but other markets could be part of this plan down the road.

“We’re acting strategically and really trying to make smart decisions based upon research and data,” Guevara said. “We’ll start with Houston, and look to grow from there. One thing we have learned is that it’s wiser and infinitely more effective to build and operate in one market at a time, as opposed to trying to simultaneously maneuver in multiple cities.”

Founded 30 years ago with a single Dallas restaurant, Mi Cocina currently employs more than 1,600 people across its portfolio.

The company tries to live up to its family-focused name, so in September, Mi Cocina formally launched the Mi Familia Foundation and its subsidiary, the Familia Fund. This 501(c)(3) organization was created to support restaurant employees and their families during unforeseen financial challenges.

“Our message has been fairly simple; we want to help people. And just because we’re not a massive company doesn’t mean we can’t offer the same benefits that a large company can,” he said. “In previous roles, I’ve seen the way large organizations are able to take care of their employees, and that’s what I want for my people too. This helps us get there.”

Financial contributions are funded by community events. The recent “Mambo Miles” event raised $30,000 for the Familia Fund. Current Mi Cocina employees are also given the opportunity to contribute to the fund directly from their paychecks.

Mi Cocina employee Jose Mendoza is one of the organization’s beneficiaries. He’s worked at the brand’s Preston Forest location in Dallas for more than a decade. When an apartment fire ravaged his home, the Familia Fund chipped in to help replace clothing and household necessities.

Guevara said that the pandemic wasn’t necessarily the inspiration for this initiative, but it did shed some light onto areas in which the company could pitch in to benefit its neighbors, community and employees.

“The key to our success is our people, and during the pandemic we had the opportunity to take a strong look at our entire compensation and benefits package,” he said.

The company identified areas in which it could help its staff, including by offering tuition assistance programs, providing PTO to hourly employees, and improving its health insurance plans. From there, Mi Cocina’s executive team began work on creating a formal program.

“That led to what we now know as the Familia Fund,” Guevara said, “and it’s incredibly gratifying to see this come to fruition.’