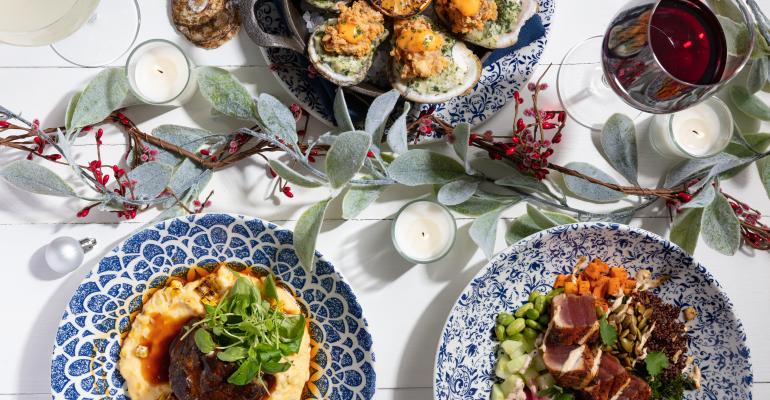 The coastal-inspired restaurant eyes Denver and Atlanta next

Chicago-based restaurant group Parker Hospitality opened The Hampton Social in Chicago’s River North neighborhood in 2015. From the start, its coastal sensibilities and “rosé all day” theme resonated with diners, and the restaurant quickly expanded, with three more locations in Illinois, one in Nashville, and two in Florida — Naples and Orlando— to be joined by two more Florida spots this year.

The Delray Beach location is slated to open March 8 at the new Atlantic Crossing development on Atlantic Avenue. The 308-seat restaurant will feature a 360-degree bar and coastal-inspired decor elements throughout the space, including exposed beams, white-washed wooden tables and hanging wicker light pendants. There’s also an outdoor patio and pergola that stretches across the front of the restaurant.

The Miami location is coming to the second floor of Mary Brickell Village this fall. The space covers more than 8,000-square-feet and will accommodate more than 300 guests across the interior and patio. Both locations will feature airy blue and white décor, the restaurant’s Instagram-favorite “rosé all day” sign, and flower walls overflowing with different color roses.

“Florida is a second home to me, and it’s exciting to be opening two new locations of The Hampton Social in a state that I love so much,” Brad Parker, CEO of Parker Hospitality said. “Atlantic Avenue is a historic street in Downtown Delray Beach, and it felt like the right place to bring The Hampton Social’s playful energy. Miami’s Brickell neighborhood is bursting with locals living and working in the area. I think The Hampton Social will add on to the growing restaurant and bar scene in the neighborhood and bring a little bit of that Hamptons vibe to Miami.”

The drinks program is helmed by beverage director Greg Innocent and features an extensive wine list focused on still and sparkling rosés from France, Italy, and California (there’s also a frosé that’s served year-round), plus other wines, beers, and cocktails. Most of the cocktails are available by the glass or in large-format seashell-shaped bowls meant to serve a crowd. So, whether they’re drinking in Florida, Nashville or Chicago, guests can channel the sunny coast with each sip.

The new Florida stores will mark 10 total locations for The Hampton Social, but more expansion plans are already in the works, with openings slated for Denver later this year and Atlanta next year.

The Hampton Social is the crown jewel in Parker Hospitality’s portfolio, but the group also operates a Mediterranean restaurant called Nisos and Bassment, a live music cocktail lounge, both in Chicago.