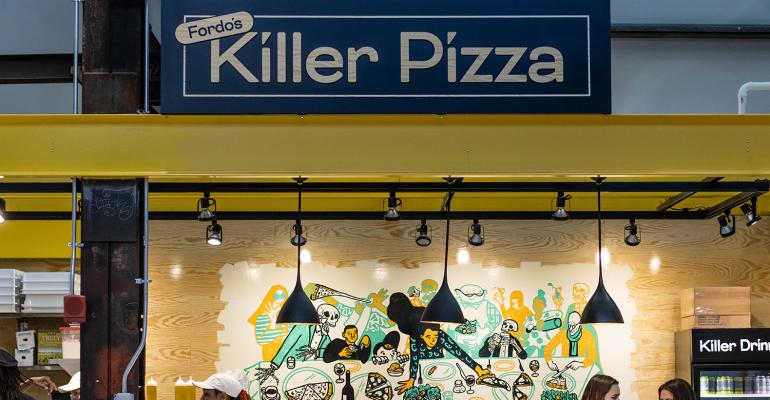 The chef and restaurateur lends his own nickname to the venture

Fordo’s Killer Pizza is the 14th concept of Niche Food Group, the restaurant company of local award-winning chef Gerard Craft. A play on Craft’s middle name, Ford, and his nickname within his family, Fordo the restaurant is one of the anchors of City Foundry Food Hall, for which Craft is the culinary director and consultant.

The hall itself has more than a dozen takeout restaurants, including breakfast specialists, a burger joint, a poke concept, tacos, cheesecakes, premium sandwiches, Indian street food, rotisserie chicken, and Afro-Caribbean cuisine. Ford says all of the restaurants are doing well and that business is growing

At Fordo’s, a bright green, black, and yellow mural behind the counter depicts whimsical characters as they enjoy food and drink together. One of Craft’s favorite artists, Vidhya Nagarajan, created it.

“She does a lot of work for The New Yorker, and she is also a huge fan of pizza. I reached out and, thankfully, she was happy to do it for me,” said Craft, who said his vision for it was “skateboard kid grows up.” 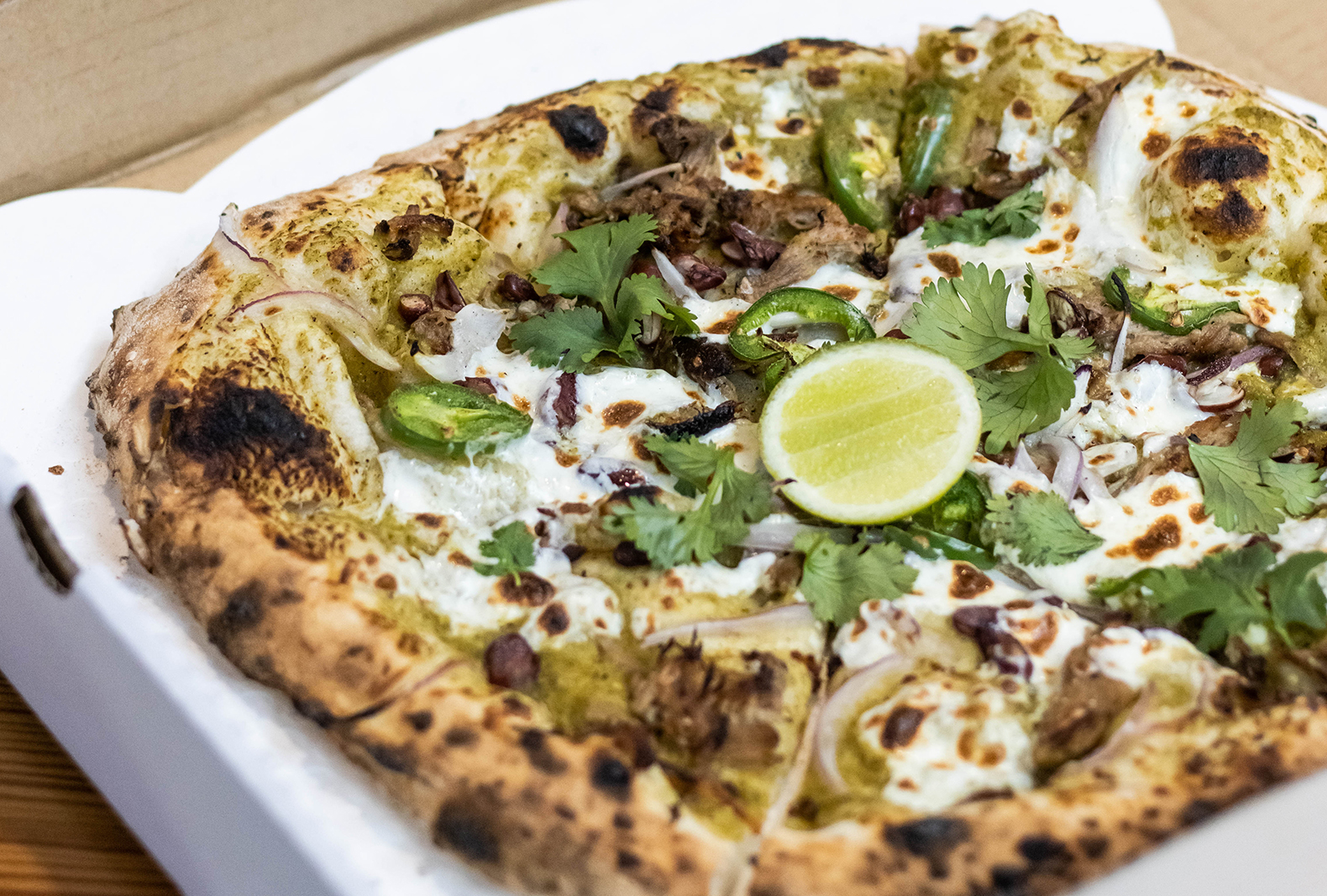 One of several offerings at Fordo's Killer Pizza

Fordo’s customers can savor traditional cheese, margherita, and pepperoni pizza, but at the heart of the concept are pies reflecting the team’s whims and include a shakshuka pie and others with toppings such as giardiniera and gremolata.

“We have three classic pizzas. Everything else, we wanted to be chef-driven, fun, and unique” Craft said. “We wanted to bring in flavors that people didn’t expect on a pizza, but which are super delicious.”

“We have a pretty good history with pizza in our company,” he added. “We offer a very traditional Neapolitan crust, with very non-traditional toppings. It works well in a food hall and is not too expensive.”

Fordo’s salads include Caesar and seasonal combos, with appetizers such as charred carrot hummus and marinated olives. There’s also a tasty selection of gelato. Red and white wine are on tap, and guests also can buy cans of wine and beer and shots of Fernet-Branca. 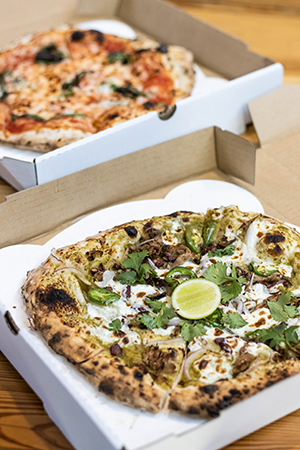 “I think you have to keep the menu pretty small in a food hall, because you don’t have a lot of actual kitchen space,” Craft said.

Niche also owns Kitchen Bar  in the food hall, which has 12 taps plus wine and cocktails.

Craft said the food hall draws a pretty broad demographic, with customers who typically range in age from 20 to around 55.

“There’s everyone from college kids to families, and young working professionals in the area. We designed Fordo’s for City Foundry, creating what felt good in the mix with everything else.”

Overall, the current Niche Food Group roster currently includes 10 restaurants that straddle culinary traditions in the St. Louis area plus Pastaria Deli & Wine in Nashville. But Niche is about more than individual restaurants.

“We were the food consultant partners for City Foundry, so we helped them to set the whole thing up,” Craft said. “It has a great tenant mix and almost everyone has gotten great reviews from local critics.”

“We are also the culinary directors of the new soccer stadium and working with a lot of different partners there. And we opened Bowood by Niche at the beginning of 2022, inside a beautiful garden center — so we have our hands full.”