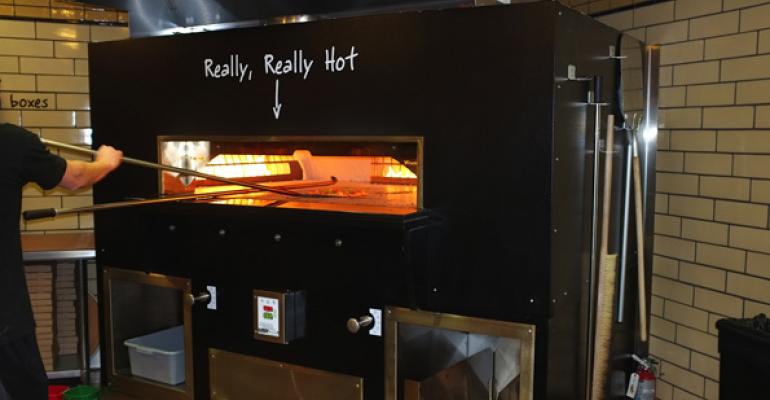 The Story: After bringing the idea to Scott Svenson in Seattle and helping launch MOD Pizza, then doing the same in Southern California with Carl Chang and Pieology, James Markham struck out on his own.

In November of last year, Markham opened his Project Pie at the MGM Grand in Las Vegas. A second unit opened to strong reviews in San Diego this March and a third will soon open in Boulder, CO.

“This is the culmination of all my screw-ups,” says Markham, who has deals to develop company stores in select Simon Malls and a licensing agreement with an operator in the Philippines for 25 units there.

The company is completely self-funded, by Markham and a private business partner, and not seeking capital, he says. Although he plans to grow the brand into the 100s, he wants to do it by being the “anti-chain.” The pizza, ovens and attitude will be standard at all locations, but the design will vary. There will be a connection—basic colors, an industrial feel, some lighting—but no two properties will look the same.

“We better have stores ranging in the hundreds or I’ll be disappointed,” Markham says of his five-year plan. “But most important is to create and make sure this concept keeps going. If that meant I only have 200 and not 500, but people loved the brand, than I’d rather have that.”

On the Menu: A 12-inch cheese pizzas costs $6 and the build-your-own with unlimited toppings is $7.50 (prices in Las Vegas are higher).