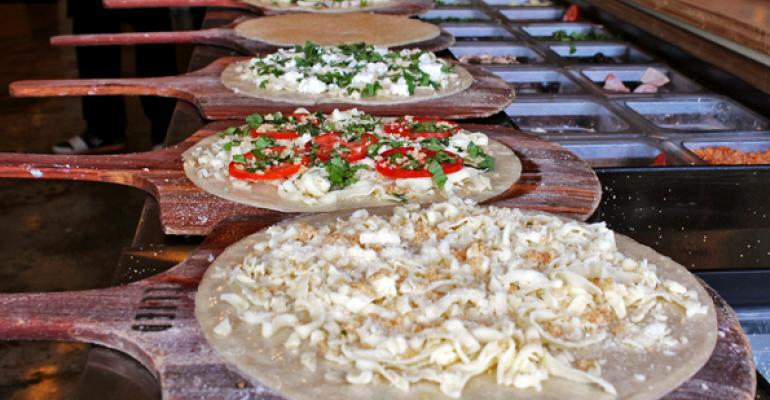 The Story: Carl Chang says his family is pretty well known for tennis. Perhaps you’ve heard of his younger brother, Michael, the American tennis player who won the French Open at age 17. Carl briefly played professionally, too, and then became Michael’s coach.

The family, he says, has also always had other interests: real estate investment and development, with an occasional foray into restaurants. That led Chang to Pieology, another concept taking shape in Southern California. James Markham helped launch the concept, but he parted ways soon after, like at MOD before.

In early June, only two stores were open, but six more were slated to open in early summer. Growth is coming through equal parts franchising and corporate development.

“We want to find the right partners with the same vision so we can succeed as a concept and restaurant economically, but also as a contributor to the community,” Chang says. “When we developed this, there was a personal element to what we wanted the concept to be. It wasn’t create concept, copy and franchise.”

Pieology supports various local charity programs and community events, and Chang believes the brand’s positive reviews, ratings and early success come largely because of that. The brand even has a corporate mission statement: “Making the world a better place one pizza at a time.”

As example, Chang cites the featured Chicken Lavigne pizza that was on the menu to honor James Lavigne, a frequent customer who recently died battling cancer. Donations are made on his family’s behalf to the Hodgkin’s Lymphoma Society with every order of his favorite custom pie (mozzarella, gorgonzola, chicken, red onion, cilantro and BBQ sauce).

On the Menu: The 12-inch create-your-own option costs $7.50 with unlimited toppings.

Growth Plan: Chang is looking to franchise, but only with partners sharing his vision.