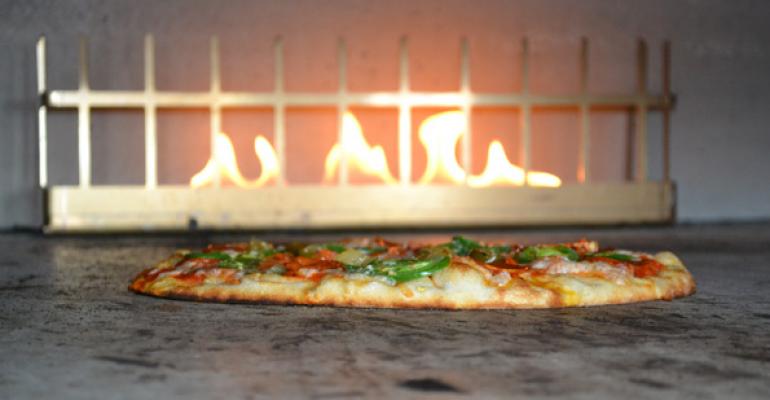 Key Players: The same cast that developed and owns Smashburger, including founder Tom Ryan, and Richard and Rick Schaden, the founders of Consumer Capital Partners

The Story: Rick Schaden doesn’t like the term fast-casual pizza. He believes his version is better described as “fresh pizza.” Kind of like the live basil plants positioned behind the counter, being plucked by workers and used as toppings on the pizzas being cooked in two minutes.

Consumer Concept Partners may be a little late to this pizza party, but as a leader in the better burger category, don’t think it’s too late.

Schaden says they were able to explore and sample most of the existing concepts out there, and even considered buying one. But he says no one had the “fresh” concept exactly right.

“We saw some good pizza, but not made very quickly,” he says. “And we saw some faster ones, but the pizzas weren’t very good.”

The end result, after 12 months of building and testing the concept, was Live Basil Pizza, which utilizes premium, organic and fresh ingredients whenever possible. The Neapolitan-style pizza is sliced, but also served on light china with knife and fork. Schaden's not worried the concept is getting a late start.

“If you think about it, with a new segment you don’t start to have penetration until a brand is well into the 100s,” he says. “And no one is even close to that. Someone with 10 to 15 is just not a lot at this point.”

Basic Price: The 11-inch Neapolitan-style pizzas range in price from $7 to $9 for favorite, signature and create-your-own options.

Cook Time: Two minutes in a stone-hearth oven, with a special “char box” of blended and soaked woods that adds a flavor to the crust

Growth Plan: As with Smashburger, Schaden says the first 40 to 50 stores will be company developed, and franchising will follow.